Posted on Published: October 27, 2020 Categories Where To Eat In Omaha 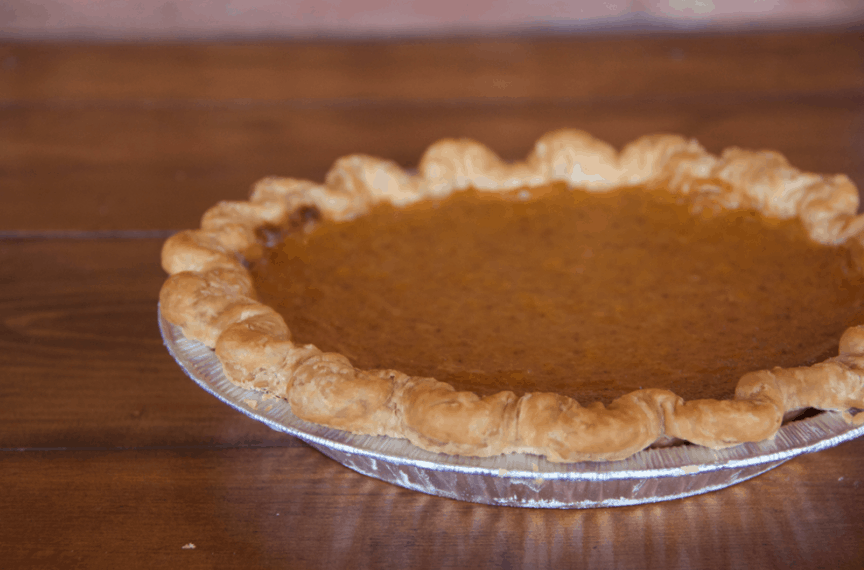 Baking is certainly not in my wheelhouse, which is why I buy my pies whenever I’m assigned that item to bring to a potluck. During the holidays this year, I’m making an effort to support local businesses, so instead of going to a well-known chain for a pie, I’m going to an Omaha bakery.

Want to support local bakers, too? Here’s a list of Omaha bakeries, pop-ups, home bakeries, and restaurants with baked specialties to help you choose.

Looking for complete pre-made Thanksgiving meals in Omaha? I’ve got a list of those, too!

What to get: Big Mama’s, once featured in “Diners, Drive-Ins, & Dives,” is selling pies (as well as Thanksgiving fare) for Thanksgiving Day pick-up.

What to get: I might just want to order one of everything at The Bubbly Tart. When I asked Chelsie to send me a picture or two of some of her popular pies and cakes, she sent me an exquisite assortment I had a hard time choosing from (and settles on the lemon meringue tart).

The Bubbly Tart sells pies, galettes and tarts in a variety of flavors. She sent me drool-inducing photos of a sour cream apple pie, poached pear and frangipane galette, as well. She has a popular salted caramel cheesecake.

What to get: Go traditional and get the pumpkin pie with the Buttered Marshmallow (or you may just want to order a ton of homemade marshamallows – I heard they’re good). You can order in different sizes, though, so you could go wild and order a dozen mini pies in different flavors.

What to get: I just now learned that Coneflower Creamery, one of the best ice cream shops in Omaha, makes ice cream pies, and my mind is blown. Brown Butter Pecan Pie sounds particularly tempting. Pick-up is Nov. 24 and 25.

What to get: I know it’s not seasonal, but FarmHouse is one of the few places in Omaha to get strawberry wedding cake. Deliciousness, no matter the season.

Related post: 13 Bakeries To Satisfy Your Sweet Tooth In Omaha

What to get: You might have seen Gnome Baked Goods at one of the Omaha Farmers Markets. Carly at Gnome Baked Goods told me the most popular pie year-round is also a 2019 Nebraska State Fair ribbon winner – the caramel apple pie.

And she also suggested her new cranberry and orange pie, which was a hot seller at the farmers market toward the end of the season.

What to get: Hands down, the most decadent treat on this list comes from the Lithuanian Bakery – the Original Vanilla Apricot Napoleon Torte. Even though it’s not a pie, it must be included on this list. (It’s that good)

I eat a slice (or two) of tortte once a year, it’s so rich and over-the-top good. You’ll want to have more than one slice, and you think you’ll be able to, but I recommend against it.

What to get: Margie at Magpie specializes in the cutest designs on cakes and cookies, but she stands out for the darling French macarons.

What to get: All of Moon Bunny Bakery’s cakes look like perfection, and if it wouldn’t look so out-of-place in a Thanksgiving spread, I’d say get the unicorn cake.

But Jocelyn (the lady behind Moon Bunny) talked me out of it.

She said her cheesecakes are the most popular item and said they’re perfect for the season.

What to get: Word on the street is that any and all pies at City Cafe are phenomenal. During the holiday season, they sell a lot of pumpkin praline pie. Year-round, their old-fashioned sour cream raisin is a favorite.

Newman Grove is a bit of a drive for pie, but they occasionally offer an Omaha pick-up date.

What to get: Omaha Bakery is the place for those looking for KETO-friendly desserts, so it’s not surprising that KETO cheesecake is popular during the holidays.

For the non-KETO people, they’ve got cheesecakes for you, too.

What to get: Linda has a whole line of candy bar flavored pies. I’m tempted to get the Snickers pie with a graham cracker crust, but that’s just me.

Where: It’s a pop-up pie shop so right now you’re best luck is to contact her through Facebook

What to get: Kati makes 8-inch pies, as well as adorable handheld pies. She tells me her most popular pie is definitely the vanilla peach raspberry (both regular size and mini size). During the holidays, Kati uses spiced peaches.

One notable thing about Kati’s pies: She uses peaches from Nebraska farmers and locally-grown raspberries from The Edible Source in Walton, Neb.

Where: Home bakery out of Valley, Neb.

What to get: I’m drooling over the Reese’s cheesecake on their Facebook page, but apparently (must be a mistake), it’s not the most popular holiday desserts. Sweet Dreams told me the most popular pies are pecan pie, apple pie, red velvet cake with strawberry rose, and “good ‘ol sweet potato pie.”

What to get: Sweet Magnolias is an unassuming boutique bakery tucked in Gifford Park Neighborhood. While I’m more familiar with their to-go pastry items like cinnamon rolls and cupcakes, they do bake up custom-made cakes like pineapple toasted marshmallow.

What to get: Vala’s Pie Barn has fans all over the state, and the variety of offerings can be a little overwhelming. I’d say you can’t go wrong sticking to the tasty traditional pies like apple pie (they have their own apple orchard, after all).

Vala’s isn’t open after the pumpkin patch season ends, but they have Thanksgiving pie pick-up day scheduled for Nov. 25. You can place an order starting on Nov. 2.

What to get: The Village Pie Maker started out as a small town operation in Eustice, Neb., but since its growing success, they’ve relocated to Omaha. They’re known for their take-and-bake pies that ship and are found in local grocery stores.

They shipped me a pumpkin pie to try. If my family didn’t know better (ie. I’m a terrible baker), they’d have thought it was homemade. 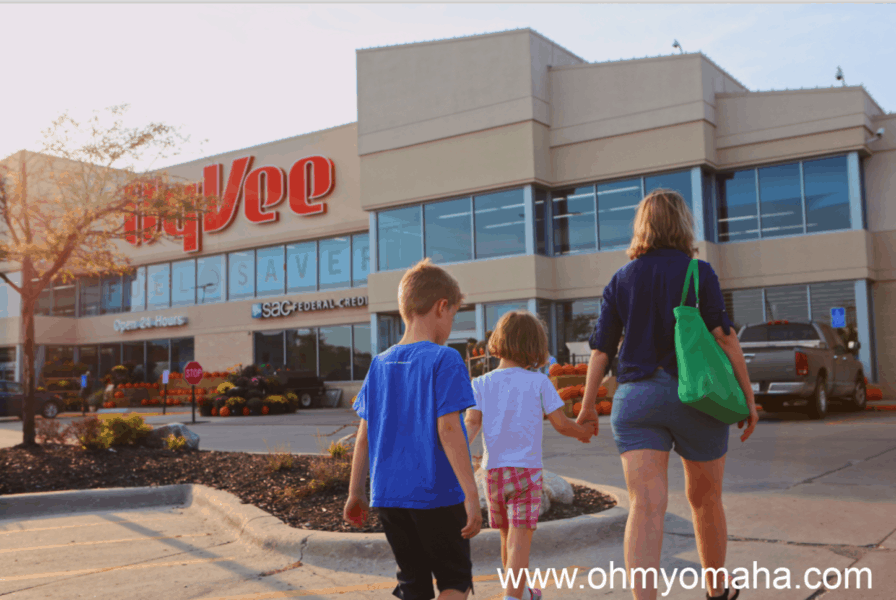 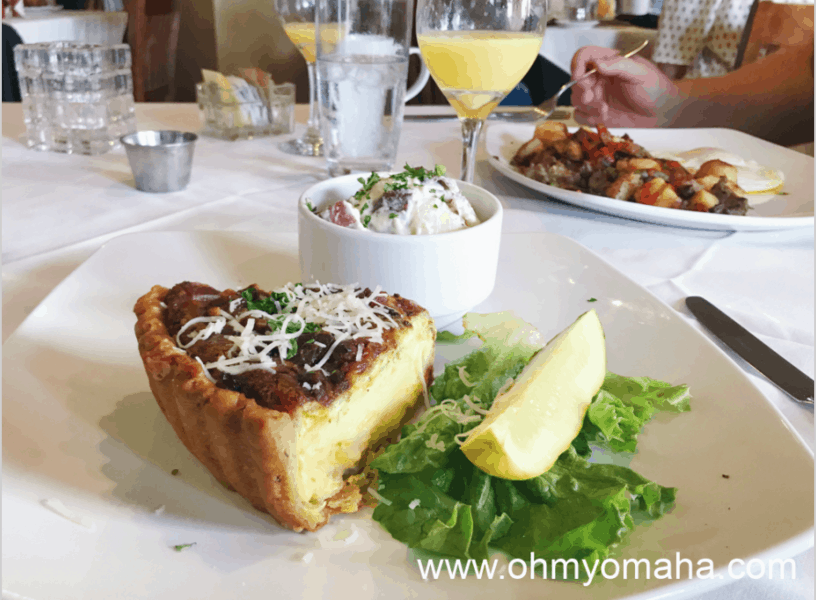