Posted on Published: January 28, 2020 Categories What To Do In Omaha

8 Things To Do At The Bob Kerrey Pedestrian Bridge

As one of Omaha’s most popular attractions, the Bob Kerrey Pedestrian Bridge offers visitors more than just a place to enjoy a walk or bicycle ride. From a troll guarding its entrance to photo opportunities, “Bob,” as locals call it, offers family fun with a splash park and summer concerts.

As the country’s longest pedestrian bridge that connects two states (Nebraska and Iowa), the Bob Kerrey offers several fun opportunities. On the Iowa side, you can enjoy long walks or bicycle rides along western Iowa trails. With his own Twitter account (@BobTBridge), the bridge shares jokes and fun tips.

The Kerrey bridge’s design reflects the current of the Missouri River. As you walk, jog or bicycle across the bridge, take the time to stop and read the information placards that cover the river’s history, and its role in the area’s development.

OMAR, a blue troll, sits at the foot of the Kerrey bridge on the Omaha side, standing guard against all who seek to cross. Will he ask you three questions in order to cross? Or, is he looking for the Billy Goats Gruff?

Actually, he’s there to pose for photos with anyone wanting one with a 300-lbs. blue guy (who’s not a Smurf). Added to the Missouri River bridge in 2019, OMAR (Omaha Missouri Area River) quickly became a fan favorite. He even has his own book, “OMAR finds a home,” which can be found at local
book stores, such as The Bookworm.

Run, bicycle, or walk the world’s shortest marathon at .9 kilometer, which is the distance from one end of the bridge to the other. The bridge is 3,000 feet long.

Take a selfie on the bridge and stop by the Omaha visitors center at 10th and Farnam streets and show it to the staff for a bumper sticker
highlighting your achievement. It’s intended as a parody of the half- and full-marathon stickers runners receive.

Fun tip: To complete a true marathon, you’d need to cross the bridge 47 times, according to Visit Omaha.

Since the Kerrey bridge connects Nebraska and Iowa over the Missouri River, the act of standing midway across the bridge with one foot in Nebraska and the other in Iowa is known as “Bobbing.” It may be the
most popular spot in the United States for photos of feet.

Take a picture and post in on social media with the hashtag #ItHappensOnBob.

Cool off at the sprayground

During the summer months (Memorial Day-Labor Day), a section of the riverfront near the foot of the Bob Kerrey Pedestrian Bridge gives families and children an opportunity to jump around in the water spraying from the ground in a circular play area.

Parents and others can watch from a stepped seating area.

Beginning mid-July and running for the next six Friday evenings, the sprayground area of the Kerrey bridge turns into a concert arena with the annual Bridge Beats series.

Featuring popular local bands, such as Lemon Fresh Day, On The Fritz, and Taxi Driver, the public is invited to grab a seat on the stepped seats or the grassy area and enjoy the free concerts, which can range from Top 40 music to classic rock and country and western.

Rent a bike and ride across Bob

With a bike rack near the Bob Kerrey bridge, you can rent a single-rider bicycle from Heartland B-Cycle and enjoy a ride across the bridge and then travel along the riverfront trails on ether side of the Missouri River.

It’s a great way to exercise and have fun exploring the area. You can even ride the bicycle to explore other Omaha sites, but you’ll need to return it to one of the Heartland B-Cycle stands located around the city.

Learn about the area’s history

You can learn about Native American history of the Missouri River and Omaha, which is the homeland of the U-mo’n-Ho’n (Omaha tribe) – also known as the “Upriver People” – at the Lewis and Clark National Historic Trail Headquarters and Visitor Center at the National Park Service Midwest office.

Located a short walk from the Kerrey bridge, the visitors center also features exhibits and information about the Lewis and Clark expedition, as well as the flags of the Native American tribes along the Missouri River to
the Columbia River at the confluence with the Pacific Ocean, where the expedition ended.

Take a ride on the River City Star

Take a river cruise aboard the River City Star and see a different view of the Bob Kerrey Pedestrian Bridge. As the paddle boat travels downriver and then upriver, you can see the bridge from beneath, admiring the curves that represent the river’s current, as well as the city’s skyline.

The River City Star offers a variety of tours, including a public tour cruise and lunch or dinner cruises. The River Star is located a short distance north of the Kerrey bridge.

With a water splash area, free concerts and more, the Bob Kerrey Pedestrian Bridge offers people more than just a place to enjoy a walk or run. Connecting two states, the bridge is a beautiful spot to connect
with family and friends.

Make a day of your visit to downtown Omaha! There are a lot of free things to do in the nearby historic neighborhood, the Old Market, plus a ton of great restaurants (including kid-friendly restaurants). 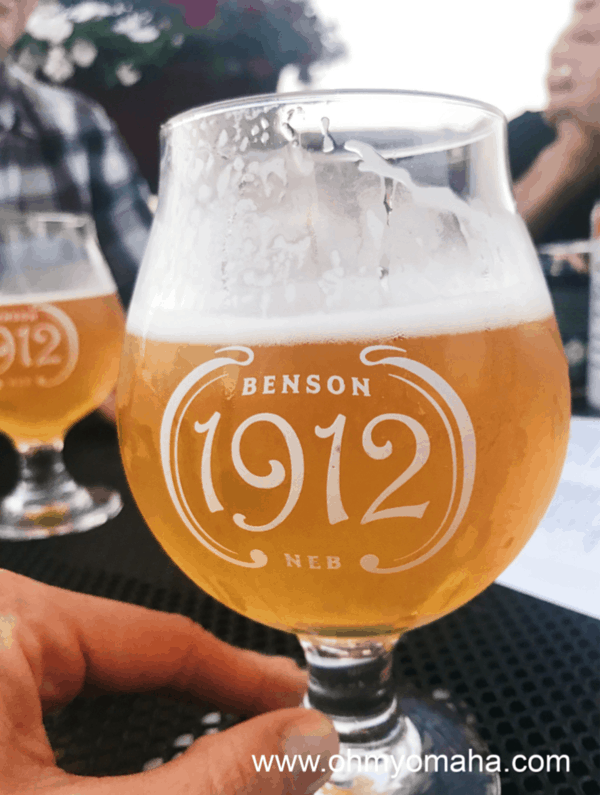 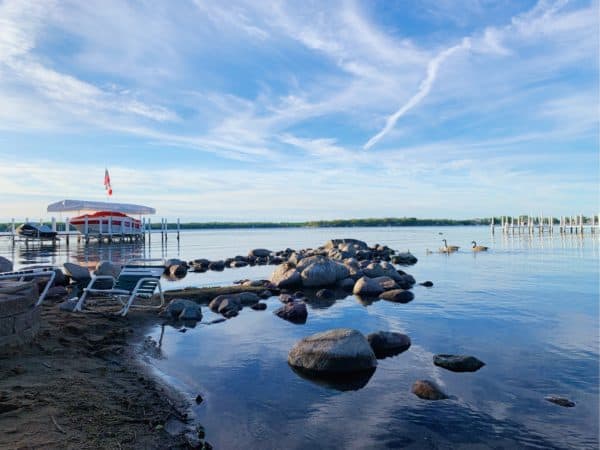