With so many restaurants to choose from, Omahans may seem spoiled when it comes to selecting a place to dine. From local mom and pop eateries to national chains, Omaha’s dining scene features more than 500 restaurants. That can make choosing the perfect dining spot very difficult.

One way to explore the culinary landscape is by visiting Omaha’s oldest restaurants. Only a handful of restaurants can say they’ve served Omahans dinner for more than 50 years.

Even fewer can say they’ve been around for nearly a century.

Disclosure: This post may contain affiliate links. At no extra cost to you, I will earn a commission if you click through and make a purchase. 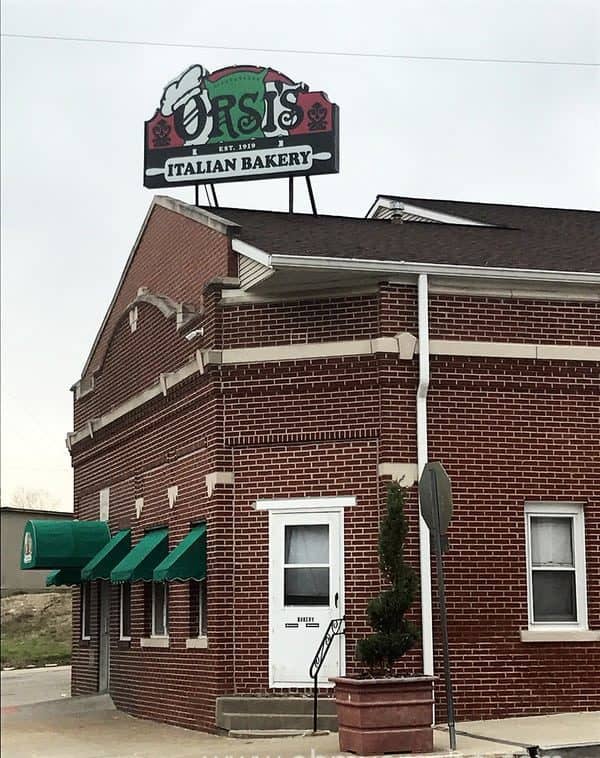 Located in Little Italy, Orsi's Italian Bakery & Pizzeria is Omaha’s oldest restaurant, opening its doors as a bakery in 1919. Adding Sicilian-style pizza to the menu in the 1950s, Orsi’s became known for its rectangular pies. The deli, bakery, and pizzeria at 621 Pacific St. was a four-generation family restaurant before family friend Jim Hall took over in 2010.

While they bake amazing bread and rolls, the pizza and its special sauce are popular with Omahans. With limited seating, plan to order your pizza to go. It can be ordered in quarter (six slices), half (12 slices) and full size (24 slices). You may want to try the goudarooni, a double-crusted pizza. 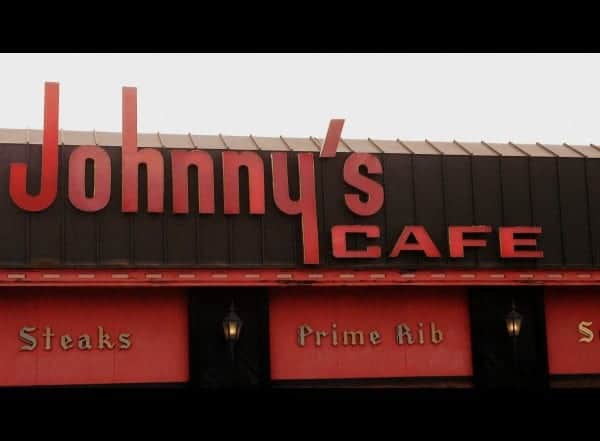 Steakhouses in Omaha were once commonplace. Many places bought their beef straight from the Omaha Stockyards, which was once the world’s largest. Practically located next door, Johnny’s Café started as a bar in 1922 before Prohibition outlawed alcohol consumption around the country.

As the stockyards continued to grow, Johnny’s Café sought to be the place where business people met during the day and evening for deals and farmers enjoyed breakfast after delivering their cattle and hogs to market.

Today, Johnny’s Café is operated by Frank Kawa’s granddaughters. The South Omaha restaurant, 4702 S. 27th St., is known as much for its décor as its culinary history. With a unique design, such as a steer head design in the carpet bordered by the letter J, Johnny’s Café invites you to explore its décor. 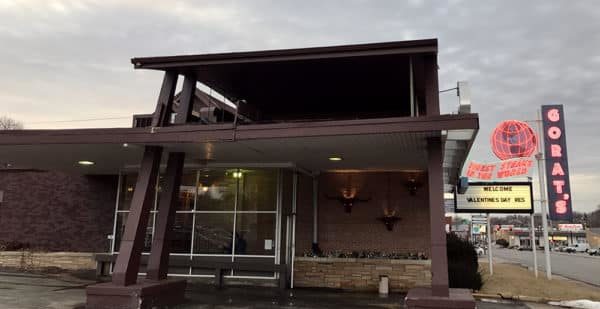 Louis and Nettie Gorat opened a steakhouse in 1944 in a then-rural part of Omaha. Today, Gorat’s is best known as the favorite dining spot for billionaire Warren Buffett. He even has his own room to entertain celebrity guests.

The Gorat family owned the restaurant at 4917 Center St. until 2012 when restaurateur Gene Dunn bought it. Sticking with the classic Italian-style steakhouse philosophy, diners enjoy a side of pasta with their steak dinners. 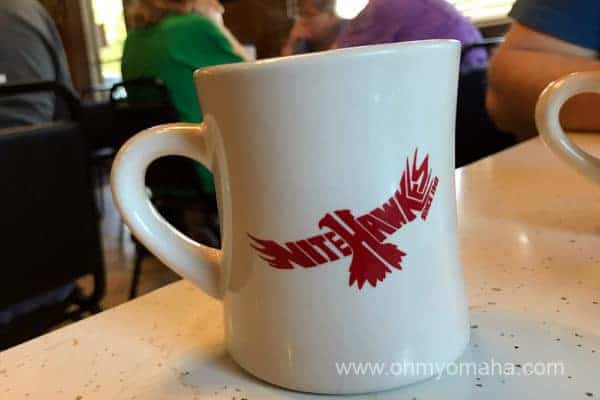 Open since 1942, NiteHawkes Café features breakfast and lunch. A fourth-generation-owned restaurant, NiteHawkes’ menu isn’t for the meek. With large portions, such as the Scrambler, just try to go home hungry.

Located at 4825 N. 16th St., NiteHawkes Café is family-friendly, with basic décor. Why go all-out on design when food is the attraction? 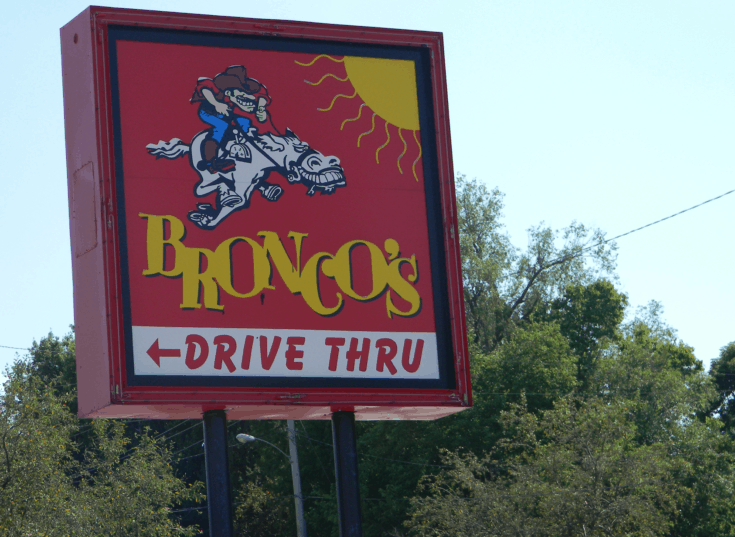 Who hasn’t enjoyed a Bronco Burger at Omaha’s original drive-in? Bill Barnes opened the first restaurant near 30th and Fort in 1959. With two locations - at 4510 Leavenworth and west Omaha at 1123 S. 120th St. - Bronco’s continues to offer a similar menu today as it did in the early days. 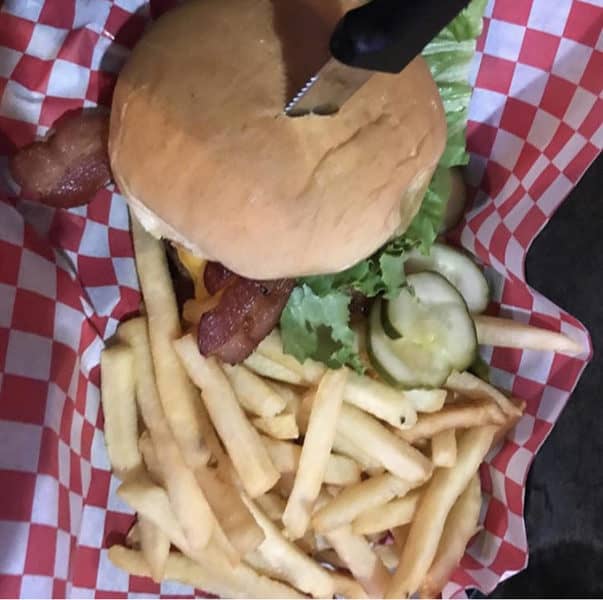 Don’t let the bar part of Dinker’s discourage you from visiting. Home to one of the best spots in Omaha to enjoy a burger, Dinker’s Bar & Grill opened as a bar in 1965.

In the heart of Sheelytown, a melting pot of South Omaha eastern European immigrants, founder Frank Synowiecki, aka Dinker, added a hot plate to cook breakfast for patrons hungry after their overnight shifts at local factories. After adding a kitchen, a local newspaper columnist wrote that Dinker’s had the best “bar burgers” in town. Dinker added “Omaha’s Best Burgers” to the outdoor sign and a tradition was born. Dinker’s annually ranks among the best burgers in Omaha during citywide competitions.

I consider restaurants to be a part of Omaha history, so I can be pretty passionate when recommending people eat local in order to help preserve Omaha’s history.

I wrote a book about well-known restaurants and hidden gems throughout Omaha’s history that have since closed. While writing the book, I learned about how restaurants played a role in the Civil Rights movement, Prohibition (and the repeal of it), and how the city fared during wars, recessions, and changing tastes.

Regrettably, I hadn’t been to most that were open at one point in my life. In an attempt to change that, I’ve started dining at some of the oldest restaurants in Omaha. I hope you’ll do the same!

Truth be told, the food has been hit or miss at the restaurants. But I’m glad I patronized a local restaurant each and every time. There’s no mistaking how these restaurants played a role in Omaha history.

Lisa's Radial Cafe has been open since 1940.

Interesting. It's my understanding that the building has been around a lot longer than the actual cafe.

I would add Harold's Koffee House to this list.

You're right! I love breakfast there, and I think they've been around long enough to qualify. Thanks!

Oh yes, those are great ones!

We re-discovered Dinker's this past late summer. I'm not free with accolades, but I have to say Dinker's is our favorite eatery for hamburgers. They are so delicious, there's no need for dessert of any kind. If anything, order 2 different hamburgers. You won't regret it.