Lincoln is one of those Nebraska cities that makes a great day trip visit no matter the season. If you have a little extra time, though, you can make a weekend of it going to fantastic restaurants, world-class shows, and enjoying the great outdoors.

Disclosure: This post may contain affiliate links. At no extra cost to you, I will earn a commission if you click through and make a purchase. 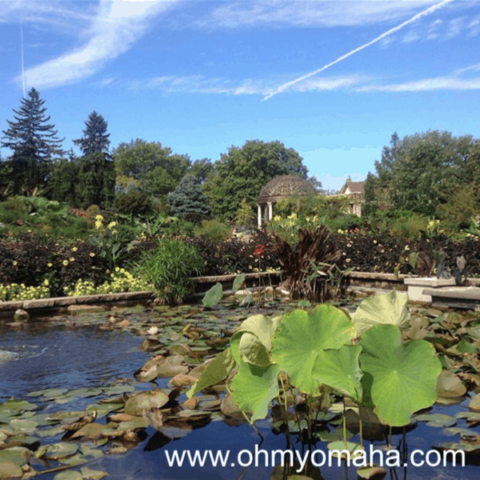 Stop and smell the flowers

Rarely does the public get to enjoy such beautiful botanical gardens for free, but Sunken Gardens are just that. While it’s not a huge place to explore, it’s worth a stop to stroll and admire all the work volunteers put into it. Sunken Gardens are part of a much larger park called Antelope Park. 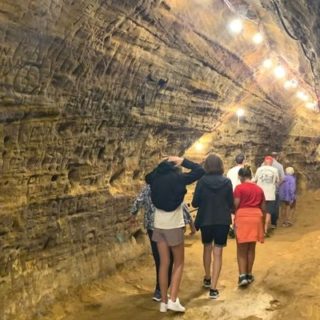 For more than a century, Robber's Cave has been used as a hideout, brewery storage, concert venue, daycare, and the ulitmate college party spot. Now, you can reserve a tour and learn about its fascinating history. 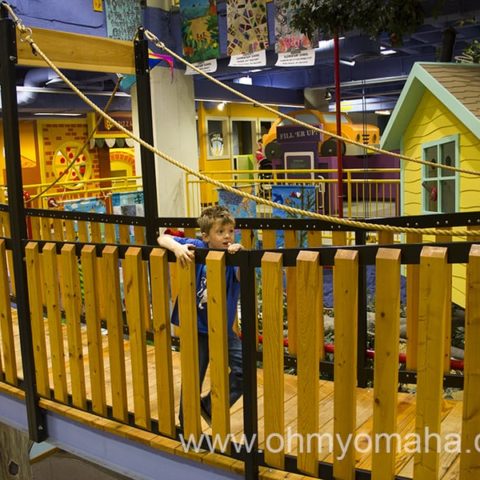 Three stories of fun, that’s what Lincoln Children’s Museum is. Play in the treehouse, splash at the water table, and explore the imaginative kid-size world. My kids loved the nutty cuckoo clock area when they were little. 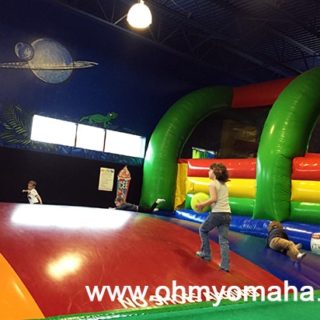 Doesn’t matter your age, you will be tired after spending a few hours jumping, climbing and playing indoors at Lost in Fun! or Urban Air Adventure. But if you see more thrills, check out the city’s putt-putt golf centers, laser tag facilities, and paintball park. 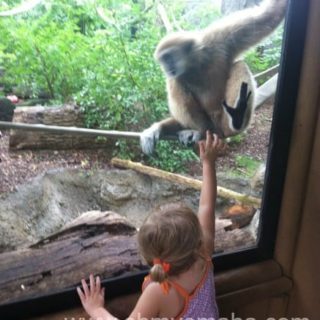 A fun afternoon at the zoo is in order. See more than 400 animals, a lot of them you can see up close. This zoo has a good amount of annimal interactions from a pettting zoo to feeding a giraffe. 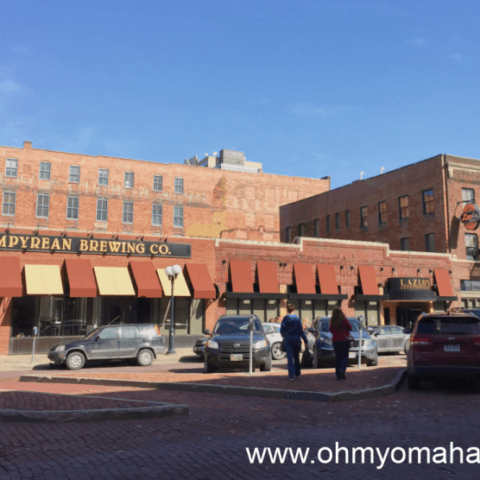 Brick roads and revitalized warehouses filled with local shops and restaurants are quintessential Haymarket. You’ll find some pretty unique places to hang out, either to watch a Husker game on TV or enjoy a drink before a show. 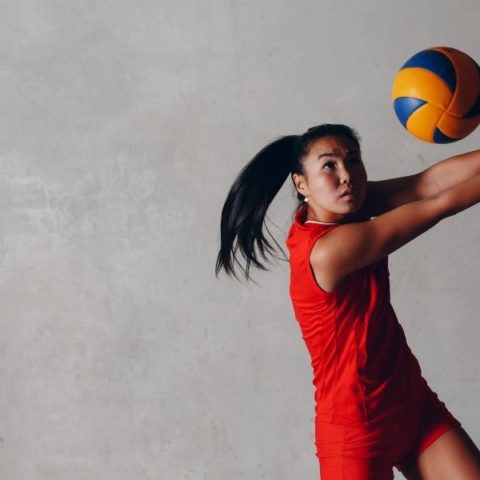 Cheer on the Huskers

The University of Nebraska-Lincoln has several great Division I teams, but none can compare to the women's volleyball team. Home games are played at the Devaney Center. The Devaney Center is home to games and matches for Husker wrestling, men's and women's gymnastics, women's swimming and diving, and track and field, as well.

Football, many will argue, is also a must-see. Be a part of the Sea of Red on game day at Memorial Stadium. 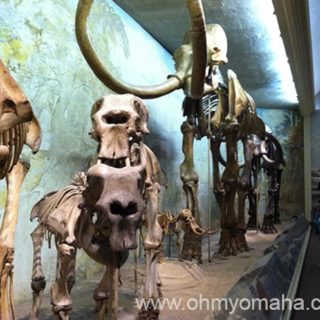 Immerse yourself in state history

The University of Nebraska State Museum – most commonly referred to as Morrill Hall – is the state’s best natural history museum filled with fossils and interactive exhibits. The Hall of Mammoths is something to be behold. This is also where you’ll find Ralph Mueller Planetarium. 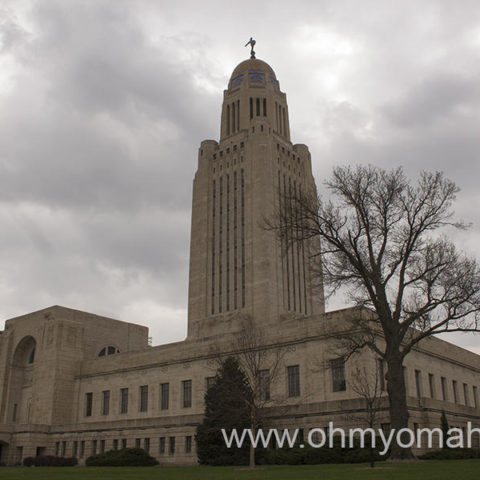 It’s a rite of passage for most Nebraska fourth graders, but you can tour the Nebraska State Capitol no matter what age you are. Tours point out the mosaics and sculptures throughout the building, as well as details the uniqueness of being the nation’s first truly vernacular state capitol. 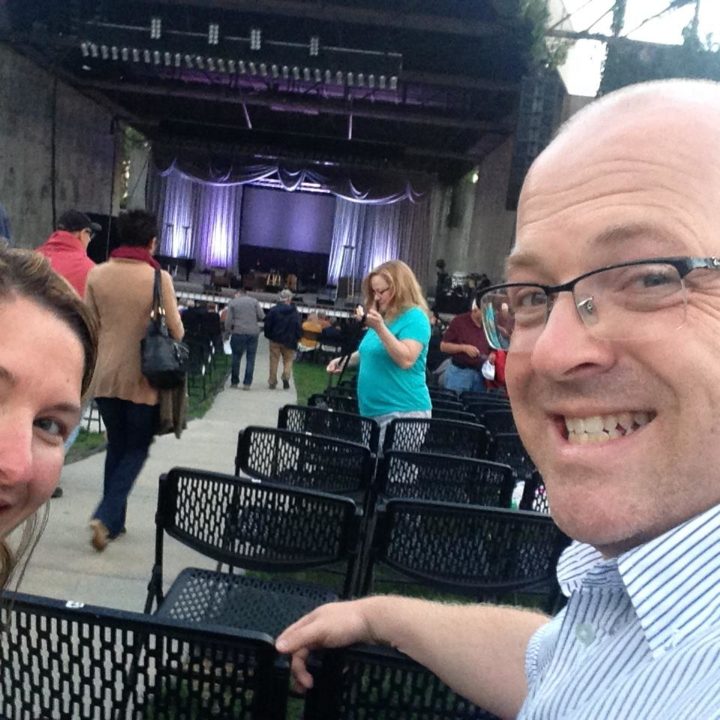 Being a college town, major touring acts plan tour stops in Lincoln. My favorite venues are the Rococo Theatre and Pinewood Bowl, but if you want an arena experience, get tickets to a show at Pinnacle Arena. 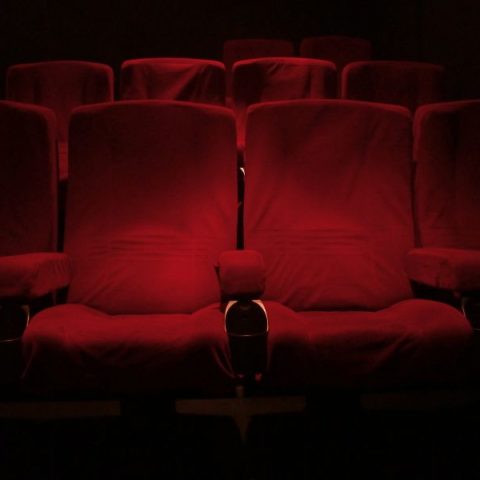 Some of the best independent and foreign films are shown on the two screens at The Mary Riepma Ross Media Arts Center. I’ve seen a few thought-provoking documentaries at the theater. 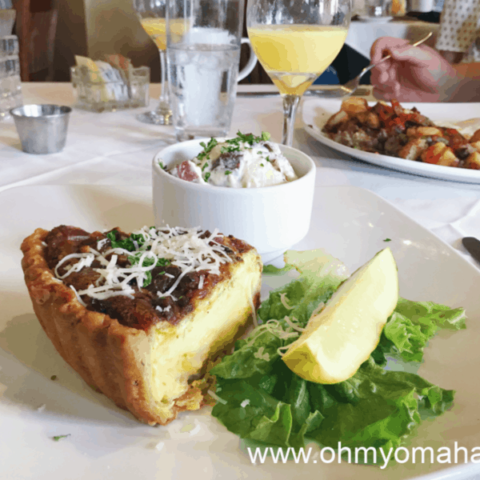 Eat all the food

I’ve been visiting Lincoln for years, first because of family and now because I love some restaurants there. Here are a few favorites. 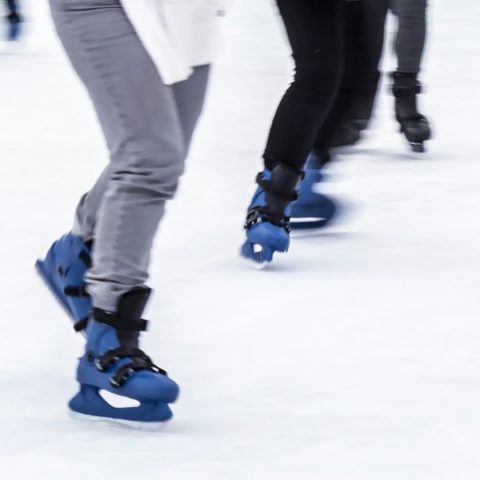 For the better part of the year, public ice skating is available indoors at Breslow Ice Hockey Center and The Ice Box. Seasonally, outdoor rinks are at Holmes Lake and Oak Lake Park. 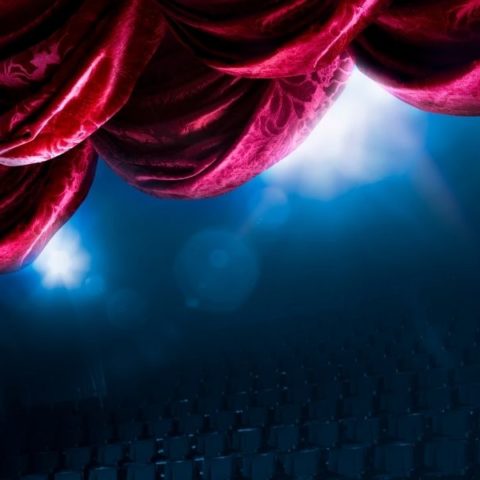 Lincoln’s theater scene is a mix of excellent community theater productions, professional regional theatre, as well as Broadway tours. For marquee titles, keep an eye on the upcoming season at Lied Center for Performing Arts. 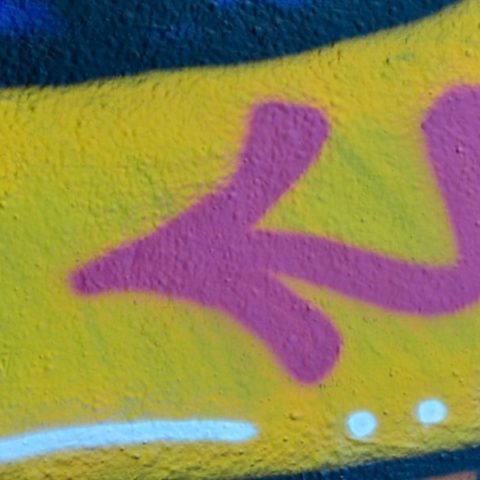 Pose in front of murals

The results of a 2021 mural project, Emerge LNK, can be seen throughout University Place. They’re so colorful, you’ll want to snap a selfie. 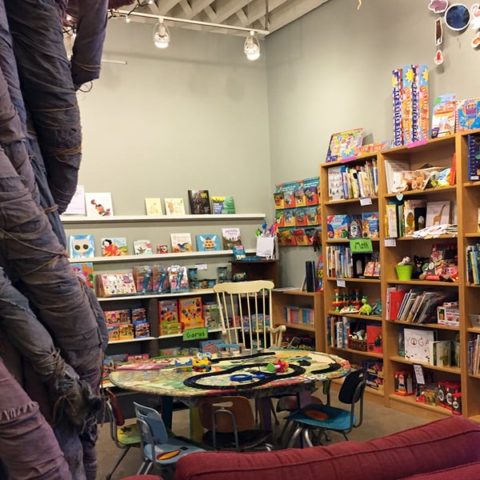 Shop your heart out

I’m a sucker for locally-owned shops, so I love dropping by Indigo Bridge for a new book or browsing one of the boutiques in the Haymarket when I get the chance. Here are a few shops I recommend you check out. 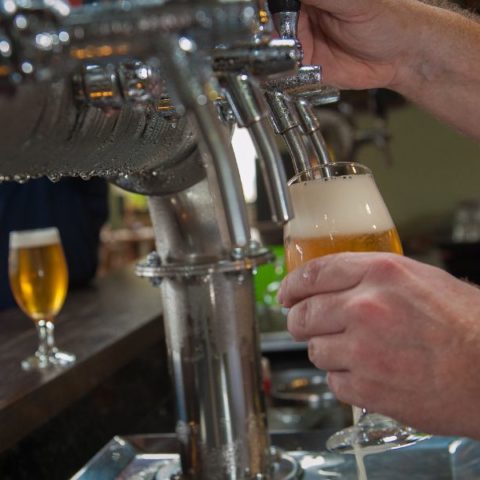 In 1990, the state of Nebraska had one brewery, Empyrean Brewing Co., and it was in Lincoln.. That brewery has evolved into Lazlo’s Brewery & Grill, and thtey still servee Empyrean.

Nowawadays, you can’t throw a rock without hitting a brewery in Lincoln (I don’t recommend trying). Try a taste of local beer or ciders at one of these. 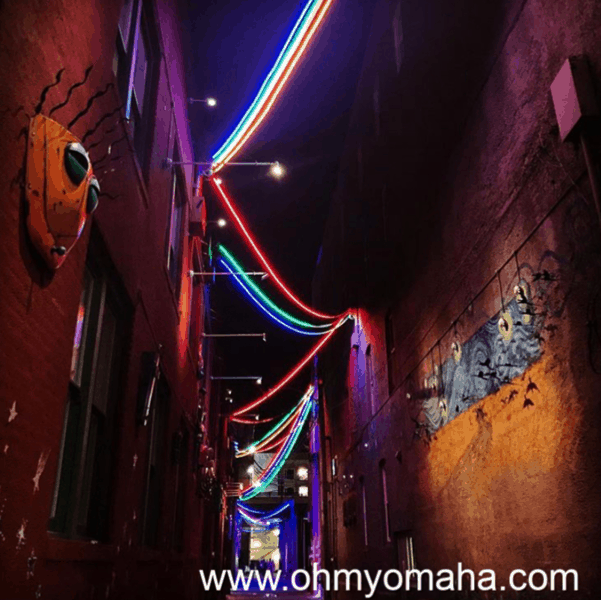 Free things to do

A few places have been mentioned already, like Pioneers Park Nature Center and Sunken Gardens. A few other great, free places to visit include Gallery Alley in the Haymarket (especially lit up at night) and Centennial Mall in downtotwn. 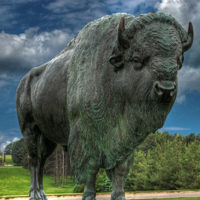 Go to a park

The city has its own herd of bison and elk and you can find them at Pioneers Park. It’s also a great space for hiking through prairie and wetlands. There are about 8 miles of hiking trails. Don’t skip the nature center. 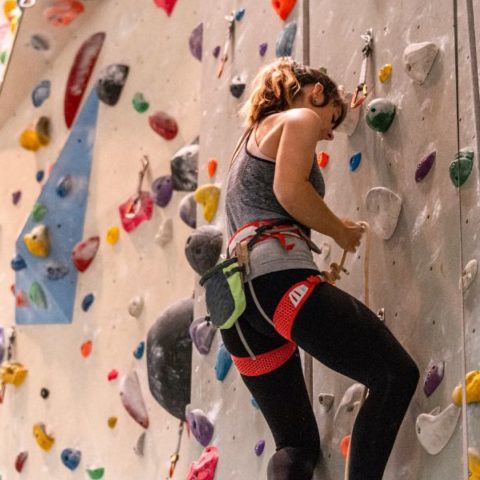 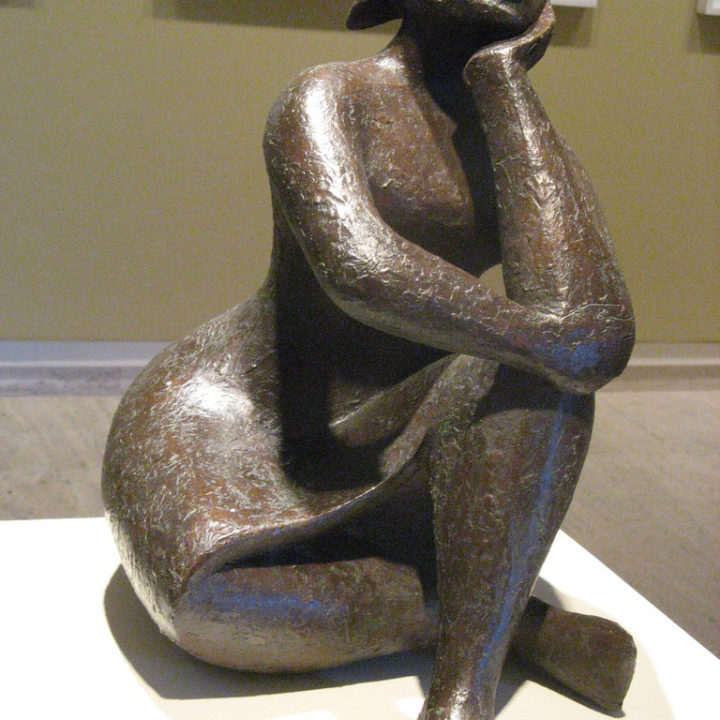 Sheldon Museum of Art is a gorgeous modern art museum located on the campus of UNL. Browse the grounds nearby – there are more than 30 sculptures from the museum’s collection on exhibit.

Where to stay in Lincoln, Nebraska

Even with Lincoln being a short drive from Omaha, I’ve stayed overnight in the city several times. Usually, I prefer staying in the Haymarket area since restaurants, attractions and stores are all within walking distance. The downside to Haymarket, though, as well as many downtown Lincoln hotels, is that parking is extra, typically.

Here are a few of the hotels I recommend for families:

No kids? Stay at some place a little more special: