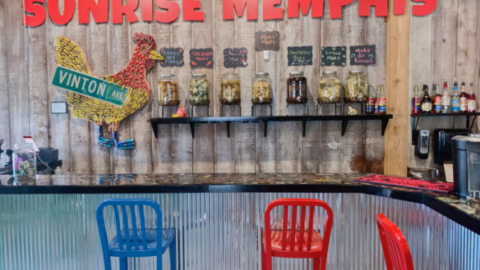 With an abundance of family-friendly attractions and a ton of great restaurants, Memphis is an attractive family destination for a weekend getaway. We visited for a few days during the kids’ spring break, and I’d recommend it to any family looking for a unique destination that’s different from the beach or theme park. I bet you have a lot of questions, so I’ve come up with this guide covering tips on where to stay and what to do in Memphis on your family vacation.

Disclosure: Our visit was hosted by Memphis Tourism. This post may contain affiliate links. All thoughts, opinions and typos are my own.

Find a hotel in Downtown Memphis

When I began researching for our trips, all guides pointed to Downtown Memphis for accommodations. The location makes it close to many of the city’s main attractions and great restaurants. As luck would have it, Memphis Tourism picked out a historic hotel with a prime downtown location.

With Hotel Napoleon’s location, you get the proximity to the downtown spots, if only a block or two further than other options.

The other appeal of this hotel is the building itself. It’s in the Winchester building, which is listed on the National Register of Historic Places. The exterior is beautiful, mixing Beaux-Arts and Romanesque revival styles.

The hotel has a small restaurant called Luna Bar & Bistro. It hadn’t reopened when we were there, but the hotel’s website promised it was “reopening soon.” From the looks of it, it’d be a great place for a couple to wind down at the end of the day.

The hotel has both regular rooms and suites. We stayed in a room with two queen beds, and it worked fine for the four of us. It wasn’t more spacious than any other typical hotel room, but it did have a lovely, exposed brick wall and tall bay windows. The bathroom was modern with a sliding door and large tub.

It’s a satisfactory hotel for families, but it’s missing one key thing that most kids want in a hotel: A pool. For that reason alone, I’d steer families to a different hotel.

If your kids aren’t big pool fans, then perhaps this is a good choice of hotels. If you’re a baseball loving family, I think you’d really enjoy its location next to the Autozone Park, home to the Memphis Redbirds AAA baseball team.

Why stay in Downtown Memphis?

The true perk of staying at Hotel Napoleon is that it’s located within walking distance to many things, including restaurants, Beale Street, FedEx Forum, and Autozone Park. It’s crazy close to Autozone Park, actually.

My kids and I walked to the riverfront on our first afternoon in Memphis. Turns out, several families had the same idea and we dodged bikes, scooters and dogs as we strolled along the path running beside the Mississippi River.

It’s also in a walkable distance to The Peabody Hotel, where there is a twice daily duck march through the lobby. That’s a hit with most kids, and it’s free. ** The hotel announced recently that due to social distancing restrictions, it’s currently only open to hotel guests. Call ahead to make sure that restriction has lifted. **

Hotel Napoleon is one of many hotel options all within about the same mile radius of downtown attractions.

Top recommend hotel: Peabody Memphis is famous for good reason, besides those cute ducks in the lobby fountain. It’s a gorgeous hotel, and family-friendly (there’s a pool!).

Hidden gem hotel: That giant pyramid in Downtown Memphis is home to a Bass Pro Shop, yes, but also Big Cypress Lodge, which has rooms that look like you’re staying in a forest cabin. While there is no pool, my sister stayed there and her daughter loved the bowling alley and getting a decadent dessert in the fancy restaurant at the top of the pyramid.

I’ll be sharing a lot of great family-friendly attractions and restaurants in Memphis soon, but until then, here’s an example of a manageable two-day itinerary for the city involving children ages 9 and 11. I chose mostly activities that involve a lot of outdoor time.

Unless you’re sticking to downtown-only attractions and restaurants, you will need a car.

Of course, if you need more ideas, check out this list of 25+ fun things to do with kids in Memphis.

Breakfast – Café Eclectic, 603 N. McLean Blvd., which is the Midtown location near the Memphis Zoo. They have outdoor seating.

Activity – Memphis Zoo, 2000 Prentiss Pl. Some of my family’s favorite exhibits included the Teton Trek, Northwest Passage, and the Zambezi River Hippo Camp (where we didn’t really get to see much hippo activity, but got really cool up-close looks at the Nile crocodile). And of course, don’t skip the pandas! There are seasonal experiences you can enjoy if you time your visit well.

Activity – Catch the Peabody Duck Parade at 5 p.m. at the Peabody Hotel, 118 S. Second St. Arrive at least a half-hour early to snag a table. If you don’t get a table, your kids can sit down on the floor by the stanchions near the elevators and they’ll have a fantastic view as the ducks walk down the red carpet to the middle elevator.

**The hotel recently announced that only hotel guests can attend the parade due to capacity restriction during the pandemic. Check with the hotel before trying to attend a parade.**

Optional Activities – You’re very near Beale Street, so before or after the duck parade are fine times to take a peek at the famed street. We stopped by Silky O’Sullivans, 183 Beale St., an Irish pub with a barbecue menu and a huge outdoor patio that’s home a couple of pet goats. Alternatively, take a walk around the Mississippi Riverfront and/or Mud Island.

Dinner – Central BBQ, 147 E. Butler Ave. (expect a wait if you’re dining in). If you go to Memphis, you’ve gotta have some of that slow-smoked barbecue. They’re known for their pulled pork sandwiches. They have outdoor seating. It’s located near the National Civil Rights Museum, FYI.

Breakfast – Sunrise Memphis, 670 Jefferson Ave. We actually went here on the zoo day, but it makes more sense to recommend Café Eclectic for a zoo day. They have outdoor seating.

Activity – Explore Shelby Farms Park, 6903 Great View Drive N, one of the largest urban parks in the U.S. We had reservations for a 30-minute horseback ride. Other options include a ropes course, hiking, biking, paddleboats, and an awesome playground (that was unfortunately temporarily closed due to covid-19). You can even look for the resident bison herd .

Lunch – Elwood’s Shack, 4523 Summer Ave. You’ve never had food this good at a hidden restaurant off to the side of a Lowe’s parking lot. Trust me. It’s popular for a reason. And, yes, there is outdoor seating.

Activity – Memphis Botanic Garden, 750 Cherry Road. Children of all ages, but especially youngsters, will love exploring and playing in My Big Backyard. Another hit spot for my kids, the koi pond at the Japanese Garden.

Q. What’s the parking situation like in Downtown Memphis?

It’s not all that bad, actually. As expected in a city, most parking is paid parking. We arrived on a Sunday, and enjoyed the free street parking for that night, but the next few days, we moved the car into the parking garage next to the Hotel Napoleon. It was an affordable $8 a day.

Q. Can you bring kids to Beale Street?

A. Yes, but I recommend going at dinnertime or earlier in the day. Beale Street is home too many live music venues (ie. bars) that can become pretty hopping in the evening (at least, pre-covid times). They may have age limits after a certain hour, which is understandable.

Beale Street does have a few shops, though, that may appeal to children, especially A. Schwab. And, there are restaurants that welcome families. We went to Silky O’Sullivan’s in the late afternoon one day. We were there for the goats (yes, goats, live goats), but the Irish bar also has a pretty extensive food menu that includes kid’s options. 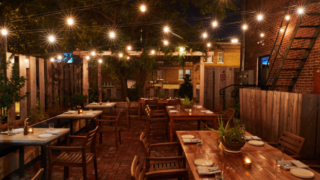 Previous
16 Of The Best Patios In Kansas City 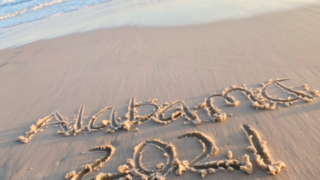