Posted on Published: March 9, 2020 Categories Where To Eat In Omaha

10 Of The Tastiest Italian Restaurants In Omaha 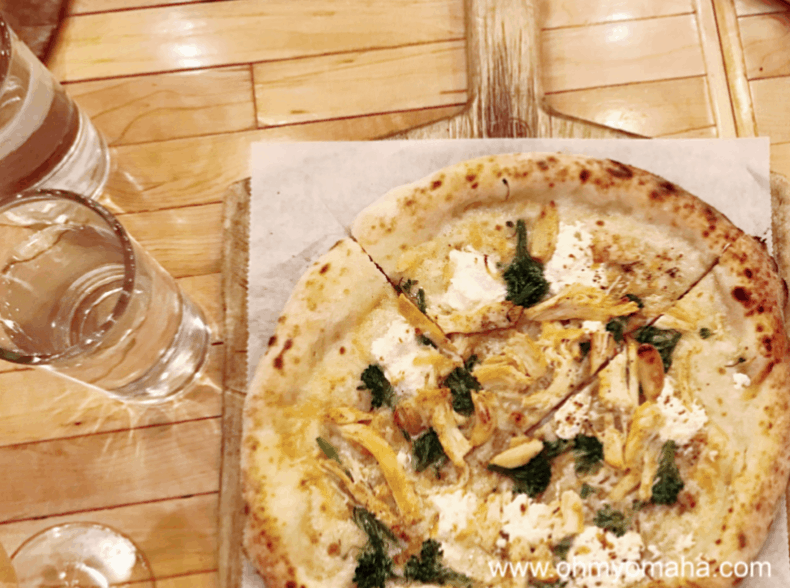 “All in the Famiglia” can be the name of most Italian restaurants in the Omaha area. Locally-owned ristorantes seem to be family affairs, with everyone from Nonno or Nonna to children barely able to see over the counter. There’s a role for everyone in the family. And with that family connection comes some of the best Italian cuisine you will ever enjoy. We wanted to sample a bit of the menu in Omaha, and here are some of the best Italian restaurants in the Omaha Metro area.

Featuring homemade dishes from scratch, Roma Italian Restaurant has been serving huge portions of classic Italian dishes since 2016. From classics such as spaghetti with meatballs and chicken parmigiana to unique combinations such as shrimp and scallop alfredo, dinner at Roma can be shared with a dining partner or you’ll be guaranteed enough leftovers to have a meal or two afterward.

You would think that with name like Mangia Italiana, the ristorante would feature an upscale menu with white table cloths and a wine list that may require a second mortgage. Instead, you’ll find a casual family restaurant high on serving great pizza and Italian classic entrees.

The combo pizza is considered the most popular pie, featuring sausage, beef, pepperoni, onion, mushrooms, and black olives. You can go with the specialty pizzas, which also include buffalo chicken and veggie, or you can create your own. No matter which route you choose, you’ll enjoy one of Omaha’s best pizzas.

Mangia Italiana’s classic dishes feature Italian and Sicilian traditions, which feature your choice of pasta (spaghetti, mostacciolli, fettucine, or bow tie) which a variety of sauces, including Sugo, an authentic Sicilian sweet and spicy tomato sauce with meat.

Where: 621 Pacific St. in Little Italy

Pizzas come in three sizes – quarter (six slices), half (12 slices) and full sheet (24 slices). Pizzas are ordered to go, as Orsi’s has little room for dine-in orders. The dough is made fresh daily and you can watch team members toss it as they prepare pizzas. Try the Goudarooni, a double-crusted pizza that will challenge your appetite.

The bakery also supplies fresh rolls to several Italian restaurants around the city. Orsi’s doesn’t use preservatives, so the bread is truly fresh and you won’t find day-old rolls in restaurants. Orsi’s also sells deli meat and a small section of Italian sweet peppers, and more.

The bakery also supplies fresh rolls to several Italian restaurants around the city. Orsi’s doesn’t use preservatives, so the bread is truly fresh and you won’t find day-old rolls in restaurants. Orsi’s also sells deli meat and a small section of Italian sweet peppers, and more.

Tip: This is the longest-running restaurant in Omaha! Find out more about Orsi’s and its history in this restaurant feature.

Baked pasta dishes include lasagna (meatless), ravioli, and manicotti. With a house wine available at each table, Vincenzo’s features a full bar, as well as non-alcoholic drinks. You may want to order cannoli for dessert.

Nick Strawhecker rolled the dice and opened a wood-fired Neapolitan-style pizzeria during the Great Recession. More than 10 years later, his concept not only succeeded but inspired a series of copycat restaurants. None of them came close to the originality, taste, and style that Strawhecker has created with Dante.

With a menu that focuses on farm-to-table options, Dante is considered one of the best pizzerias in Omaha. Besides the thin-crust pizzas that are ready within 90 seconds, as they’re baked in a wood-fired oven approaching 800 degrees Fahrenheit, Dante’s menu also features seasonal pasta and chicken dishes. The restaurant features a world-class wine list.

Related post: Looking for a date night restaurant? Dante is one of my top picks for West Omaha!

Caterina Malara came to America from Italy through Argentina. She and her husband immigrated to the United States to start a new life together. Sadly, her husband died in a work-related accident.

Forced to find a way to provide a good life for her four children, Caterina, then in her early 30s, started selling ravioli out of her home. After several years passed, she found a spot at the former Rotella’s Bakery on the corner of 21st and Pierce streets. She primarily sold sandwiches out of a small window. Later, a friend lent her money to buy the building when Rotella’s decided to sell the building.

Turning the building into a new restaurant, Malara’s Italian Restaurant opened its doors in 1984. Caterina, after more than 35 years, continues to work in the kitchen, overseeing the prep work and kitchen staff. The restaurant still uses the pasta maker that she used in her home when making ravioli. The pasta has a unique texture and the red sauce matches with a special taste of its own.

If you are a fan of trying new things, order the pasta with brascioli, a meatball rolled around bacon stuffing.

A favorite among celebrities and locals alike, Lo Sole Mio is a story of love. Don and Marie Lo Sole opened the South Omaha restaurant in 1992, but it seems like Lo Sole Mio has been around for much longer.

A favorite for special events and family reunions, everything about Lo Sole Mio says classic Italian. From the serving staff’s uniform dress to the dinner salads, soups, and the delicious bread and rolls (you’ll beg for more), it sets the standard for an outstanding dining experience.

With classic dishes such as veal piccata, pasta reggio, and baked lasagna, a visit to Lo Sole Mio creates memories. As you wait for your table (everyone in your party must be present before you’re seated), check out the pictures on the wall of famous diners, such as Tony Bennett, Tom Osborne, and Tony Lasorda.

Via Farina’s pizza dough is similar to a fine wine, it needs time to age. In this case, the chic pizzeria takes about three days to curate its pizza crust. Using a wood-fired oven, Via Farina bakes its pizza for less than two minutes in temperatures approaching 900 degrees.

Open for lunch and dinner, the restaurant on 10th Street features unique pizzas such as patata pizza, with potato confit, black pepper, and oregano, among other toppings, and pasta dishes such as ricotta cavatelli. Via Farina also delivers in the Little Italy via Vespa scooters.

Lillo “Leo” Fascianella immigrated to Omaha with his parents as a young boy. Calling Omaha home since 1972, the chef has created one of Omaha’s best-known Italian restaurants, opening Pasta Amore in 1986.

With a menu starring traditional Italian fare, such as eggplant parmigiana and lasagna, Chef Leo describes his work as edible paintings. With a wine list to complement each entrée, Pasta Amore ensures it challenges the most-finicky palate.

From the day it opened in 1953, La Casa Pizzaria was popular with diners across Omaha. Using a square pan to make its pizza, La Casa developed its reputation as one of Omaha’s best Italian restaurants with its unique pizza that features a special sauce and Romano cheese. Its pasta dishes, such as spaghetti, lasagna, and mostaciolli, are topped with marinara or spicy rosa sauce.

A visit to La Casa is a throwback to the early days of Omaha’s classic Italian ristorantes.

Omaha’s Italian heritage shines through with its restaurants. From traditional fare to adding a twist to classic dishes, you can find an Italian restaurant that delivers a unique dining experience. 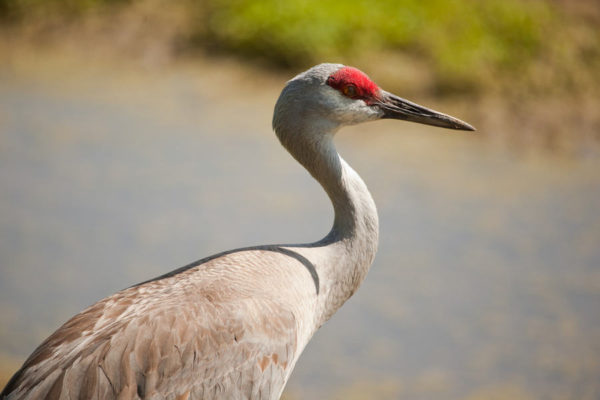 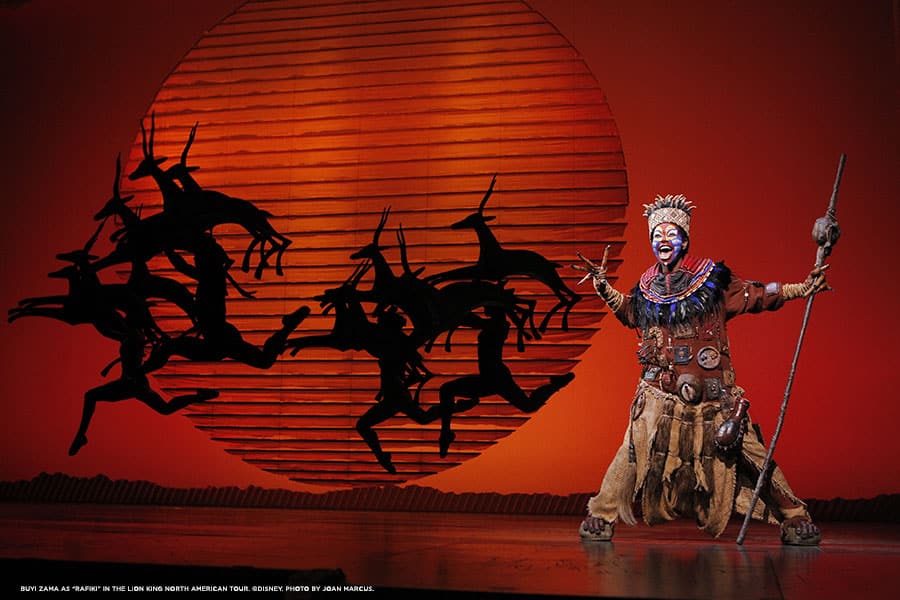 Next
How To Get Lion King Discount Tickets
Click here to cancel reply.

Please add Malaras and Luigi’s in Bellevue to this list!

I hear they're good. I'm embarrassed to admit I have yet to eat there yet. I'll have get there one of these days to try them!