We’ve got it good here, Omaha travelers. We can fly directly to the Orlando area with the low-cost carrier Allegiant. It’s pretty easy and affordable to get to your dream vacation now. 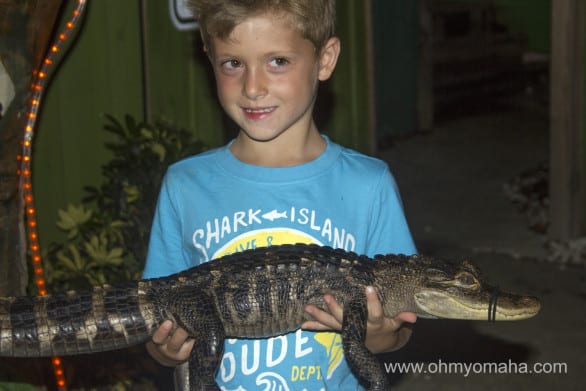 Allegiant started flying out of Omaha in the past year, and they invited my family to try out their Omaha-Clearwater Florida route earlier this year. It was not without a hitch and I shared my experiences and tips for making yours go better here.

In spite of it all, I was willing to give it another try. It’s so cheap to fly with them, that I knew I had readers out there who could only travel when fares were that low. And, the airline does do some things well that help ease (a little) the sting of delays and other issues.

So, when they offered to fly the family again on the new route to see how it compares, I took the bait.

All smiles before boarding the inaugural @allegiant_air flight from #Omaha to Sanford, #Florida… till she found out we don’t get to take any of the balloons lining the hallway.

It went so much better than our first flight! 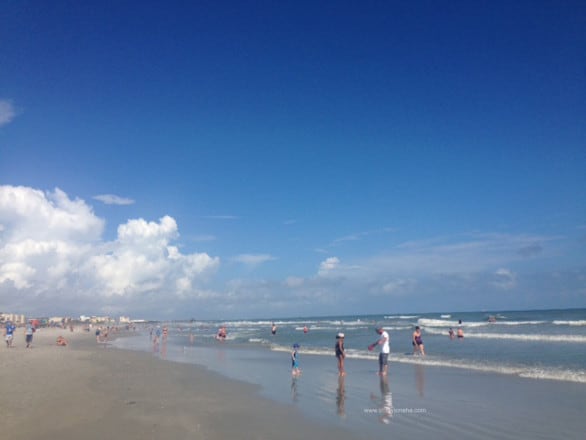 Cocoa Beach is about 70 miles from the Orlando Sanford International Airport. We went there during our weekend visit.

Less than three hours on a plane and you’re a 30-minute drive to major theme parks – and if you are into outdoor adventures, you’re even closer to zipline courses, airboat tours, and canoeing in the wilds of Florida. I tried all those adventurous things on a recent trip. 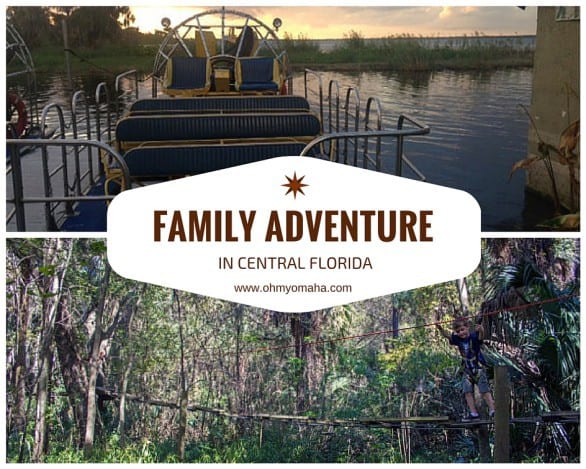 The perks of the  Orlando Sanford International Airport

– A much, much quicker check-in for departure than what we experienced on a previous trip. We got to the check-in counter with minimal wait and for security, they were directing families with small children to a shorter line. Made it less stressful for all involved.

– This is so smart for anxious kids: They have a large-screen TV set up to Disney shows (but of course). So, if you’re like me and prefer getting to the airport super early, you have an easy way to pass the time.

Tips On Flying Allegiant To Sanford/Orlando

(or any destination Allegiant flies, really)

We did things a little different than our first trip, and it made our Allegiant experience even better. Here’s what I’ve learned:

Your turn: What tips do you have for flying with Allegiant?