Ever since Lauritzen Gardens opened its conservatory in the fall of 2014, I’ve been eager to check it out. The pictures of it made me think of a winter sanctuary made just for me: Exotic flowers, a waterfall and tropical indoor weather. 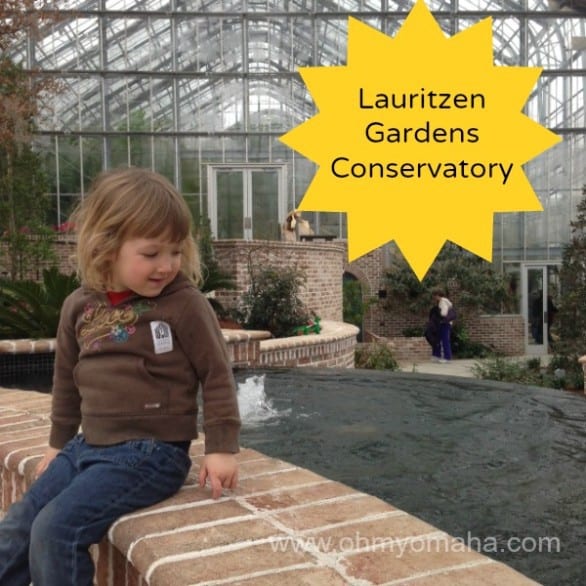 So, visiting on a gray winter day made sense. I was in need of some color and warmth in my day. (Side note: One of those rooms in the conservatory is a temperate garden and so not tropical, you may want your coat … FYI).

And the fact that I don’t have to go back outside in order to get into this warm space is a key selling point for me.

We brought the kids, naturally. They’ve been to Lauritzen several times and have yet to trample any rare or endangered flower (yay!).

Here’s what to expect if your littles are like mine:

1. They’re going to want to run. This is not the kind of space for that. 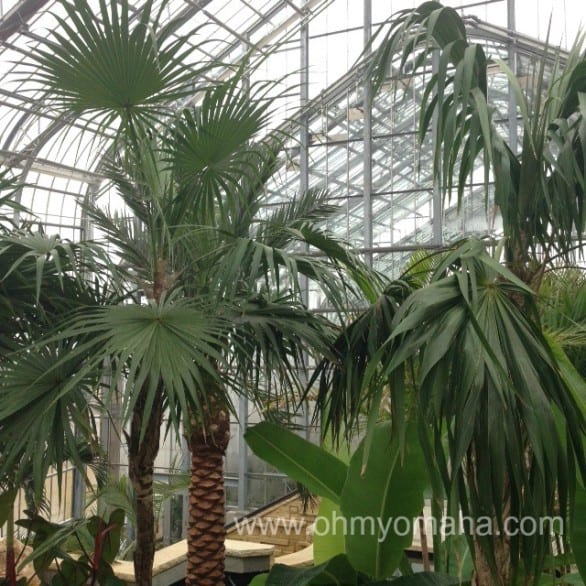 That’s not a problem outdoors at Lauritzen. I rely on a day at Lauritzen to really wear the kids out but a trip to the conservatory didn’t cut it.

2. You’ll want to take lots of photos of the kids next to pretty things. They probably won’t cooperate. And neither will the humidity. Good luck wiping the lens of you camera. 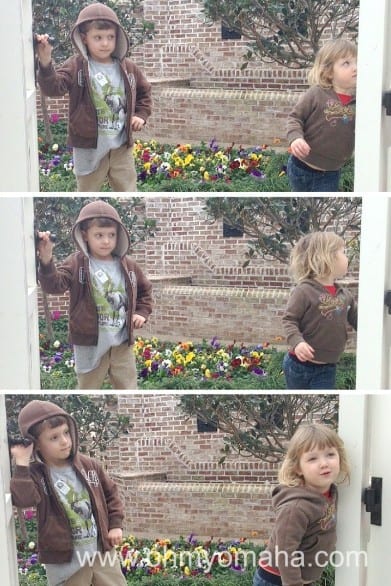 3. As much as you could mosey through the conservatory for an hour or so, kids won’t. There is a lot to see, it just didn’t hold my kids’ attention for long. So I think next time I’d time it with a visit outdoors when it’s not -25 outside.

I made a game of our visit, which kept them entertained for a little bit. Some of the Lego exhibit that’s in the main exhibition hall had found its way into the conservatory. If you’re visiting while “Nature Connects 2” is there (through April 26, 2015), see if you can spot the Lego animals in the conservatory. We found three.

Can you spot one in the background of a photo on this post?

For more game and scavenger hunt ideas in a previous Lauritzen Gardens post, check it out here.

Hope your kids let you stop and smell the flowers the next time you’re there!

Where: First and Bancroft streets

When: Open daily, 9 a.m. to 5 p.m. except Thanksgiving, Christmas and New Year’s Day; open until 8 p.m. on Mondays and Tuesdays from mid-May through mid-September.