This stuffed bun goes by many names: Bierock, Krautbrot, Pirozhki or Pirogi. In Nebraska, we call these tasty stuffed buns a Runza. And it turns out, there are a lot of creative spins on the Runza recipe out there.

Traditional Runza recipes call for a yeasty bread pocket stuffed with beef, cabbage, onions and some spices. Essentially, it’s a Hot Pocket crossed with a hamburger that has an Eastern European twist to it.

Disclosure: This post may contain affiliate links. All thoughts, opinions and typos are my own.

Most Nebraskans get their Runzas from the local fast food chain, Runza Restaurants. At least, that’s where I get mine. Some small town cafes in Nebraska serve Bierocks, including probably the most famous of them all, Sehnert’s Bakery & Bieroc Cafe in McCook.

If your travels aren’t taking you through Nebraska any time soon, you can easily make Runzas at home. I’ve round up a traditional Runza recipe from a Nebraskan baker, plus all sorts of variations. Enjoy! 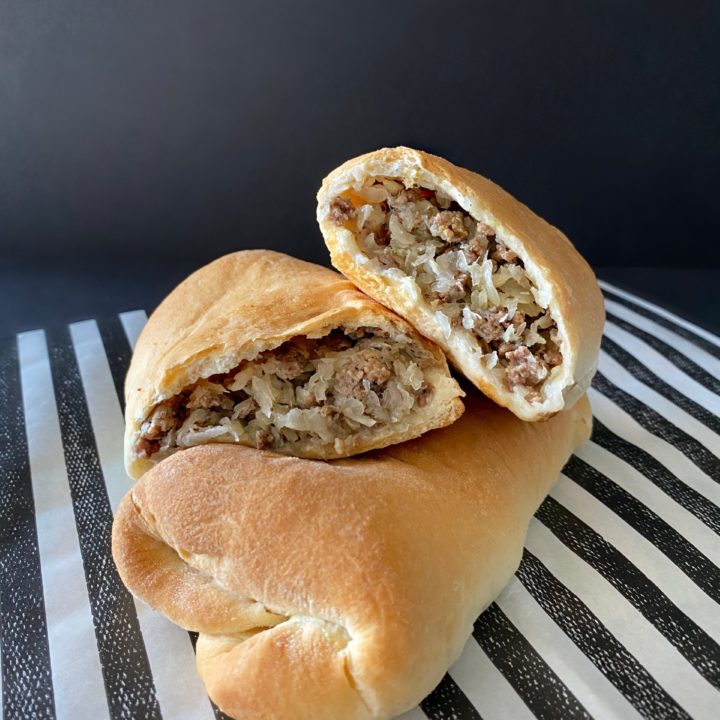 The obvious choice for copycat Runza recipes has to come from a Nebraska cook. Michaela at An Affair From the Heart hails from Nebraska so I'm gonna bet she knows her stuff.

This is the basic recipe, except she makes it easy by using store-bought dough. Basic ingredients are cabbage, onion, and seasoned ground beef. 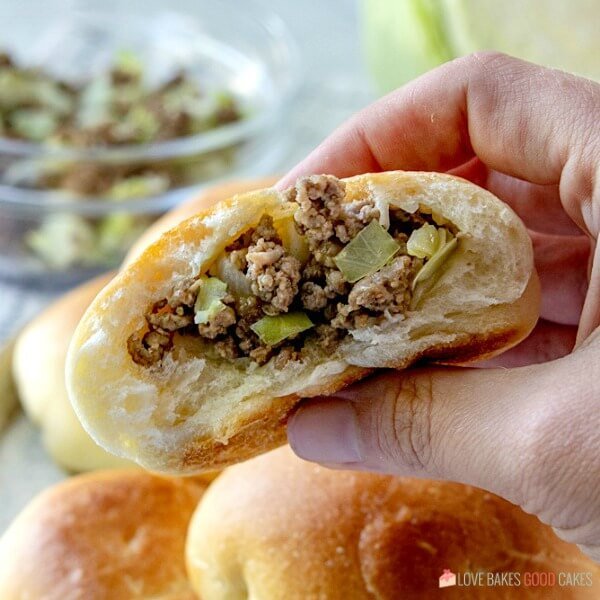 Adding some cheddar cheese to the traitional Runza recipe creates some serious savory flavors in each mouthful. Check out this Cheddar Cheese Runza recipe if you want a little more zip to the meal. 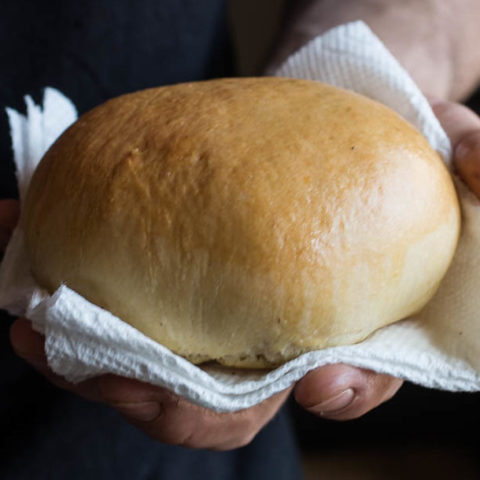 When you're a chef known for using wild mushrooms in recipes, adding them to a Runza recipe makes sense. The Forager Chef naturally added some mushrooms he had on hand (honey mushrooms) to a Runza filling.

Note: This recipe skips the cabbage in the filling. 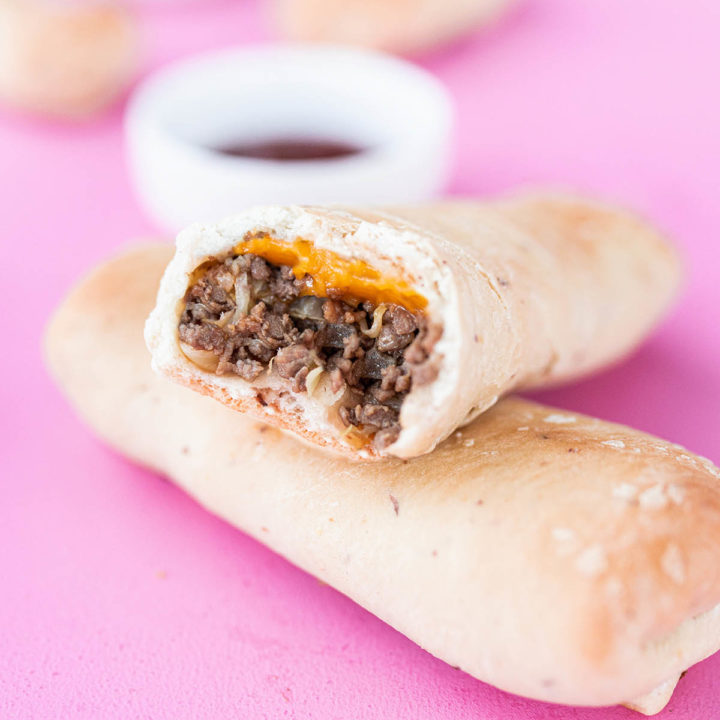 Here's another Nebraskan's recipe for Runzas, but this time, there's a vegan twist to it. Interestingly, she uses a 1960s recipe that was printed in the Omaha World-Herald as inspiration for reecipe. 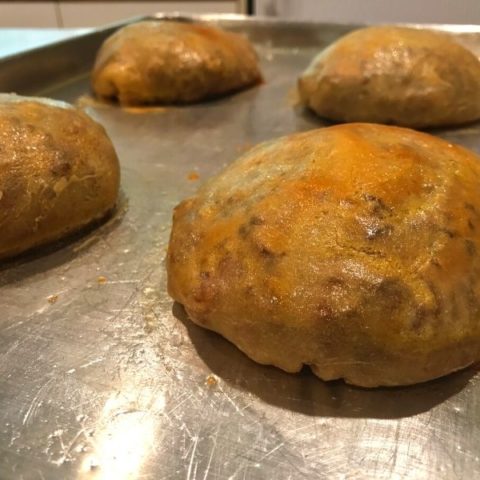 This unique take on Runzas is admitedly not-quite-a-Runza, but it's definitely sounds tasty. The Candadian cook replaced the traditional beef-caabbage-onion filling with a Georgian-style hazelnut/garlic filling.

Note: The ingredients in this recipe are measured in the metrics system, so you may need a coversion calculator. 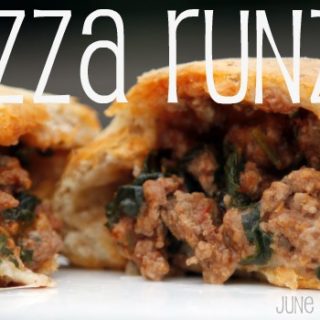 Keep the ground beef but switch out the flavor profile with this recipe. The filling includes pizza sauce and low-fat mozzarella as well as some chopped spinach. 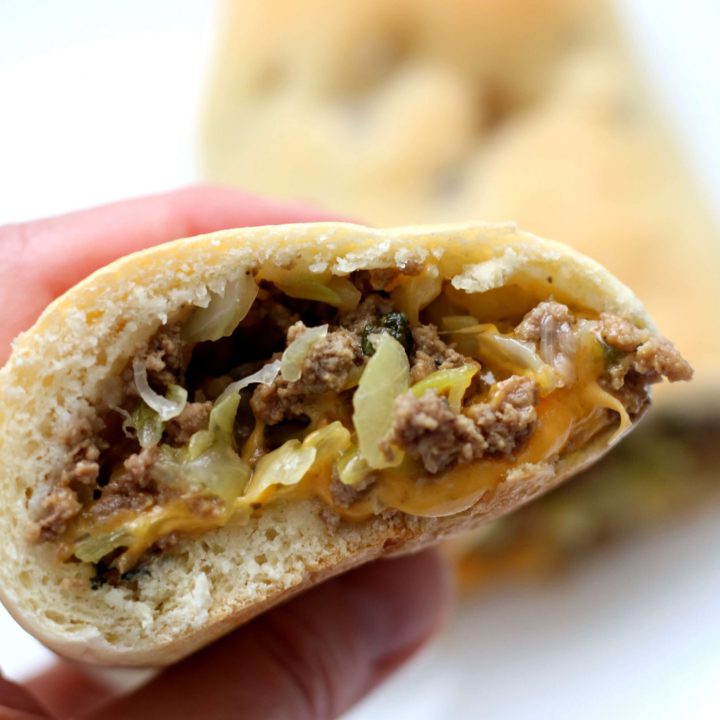 What's a recipe round-up without an Instant Pot recipe? This version quickly pressure cooks the meat and cabbage in an electric pressure cooker. This recipe calls for cheese as an optionaal ingredient. 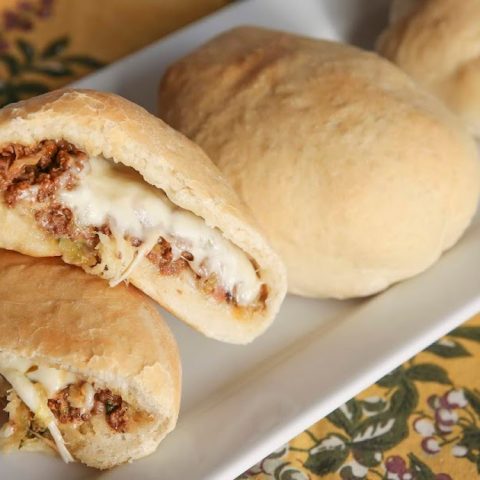 This wild game version of a Runza is filled with ground venison, ham, bacon, cabbage, herbs, spices and a lot of cheese. 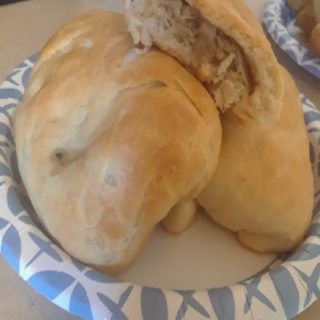 This is an intriguing take on the Runza, bordering close to the flavor profile of my go-to order at Runza, the Swiss Mushroom Runza. This recipe calls for two different cheeses, and I think they may even be a better choice than Swiss! 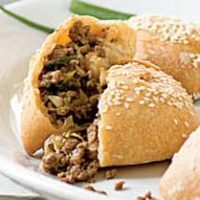 What do you get when a Nebraska girl marries a Korean man? You get rolls with Korean flavors but inspired by the traditional ingredients stuffed into a Runza. 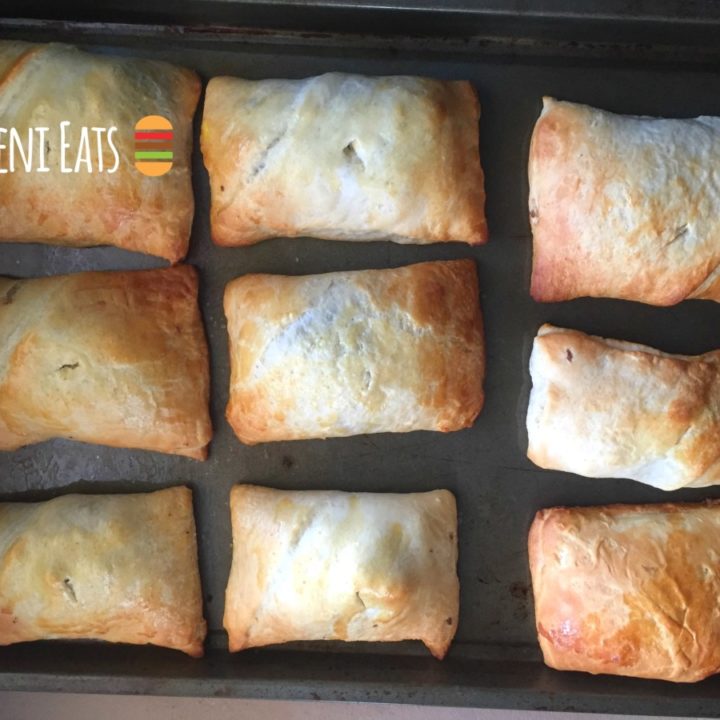 The flavors of a homecooked Runza with the secret to a quicker prep: Crescent Rolls! 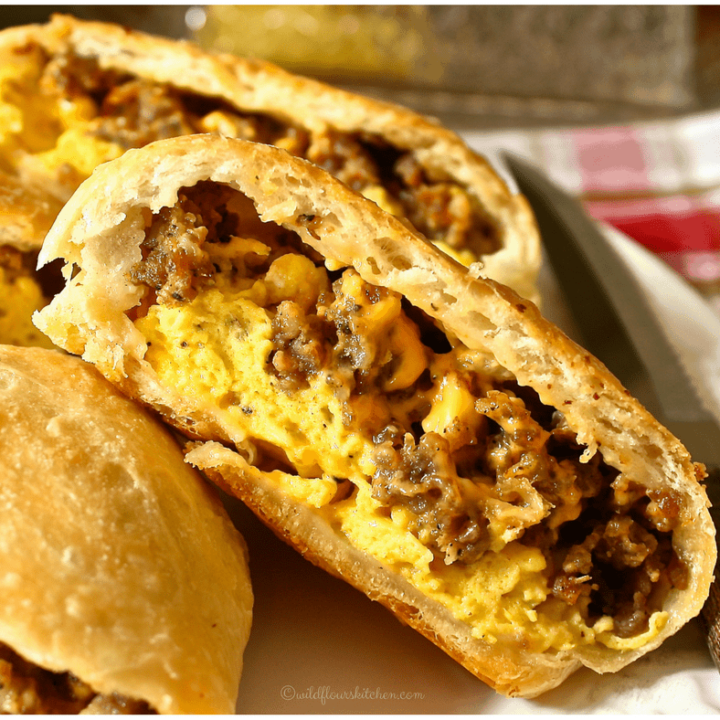 A cheesy, sausage & egg version of a Runza? This sounds like morning perfection to me! Why hasn't Runza resaturants looked into a breakfast line? 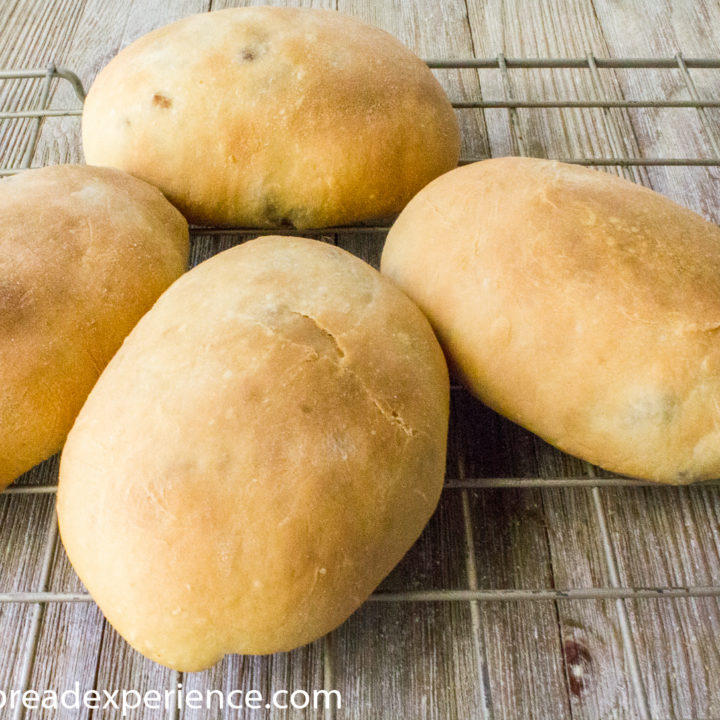 It's the traditional Runza filling of cabbage, beef and onions but in this recipe, a homemade sourdough bread is used. 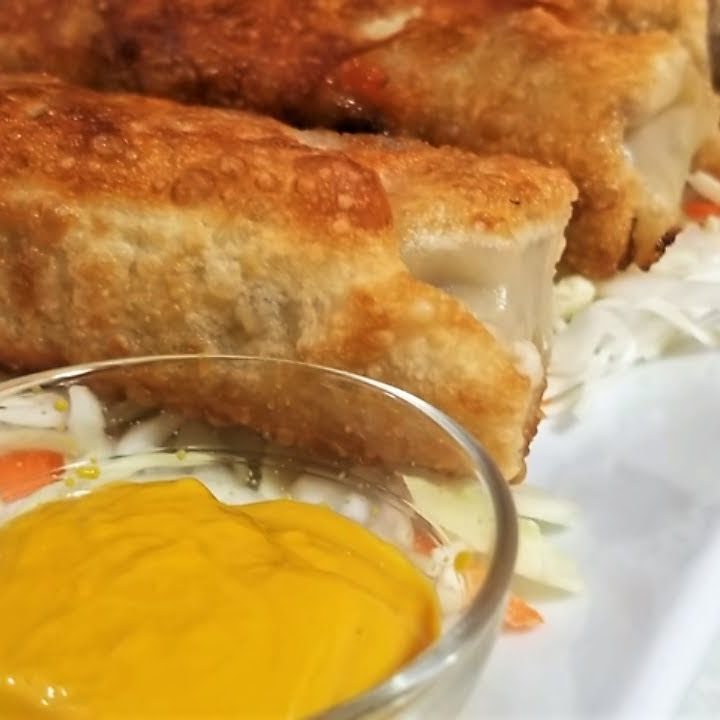 Photo Credit: It's Only Food

Chef John takes the traditional Runza stuffing and puts it all into eggroll wrappers. It's a pretty easy recipe to follow! 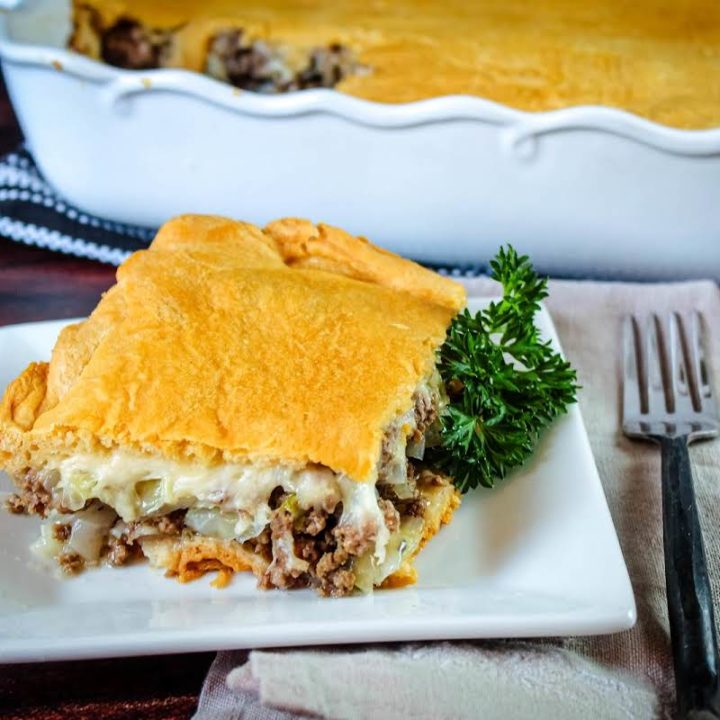 Grab a fork for this version. It's all the flavors of a Runza but served up casserole-style. 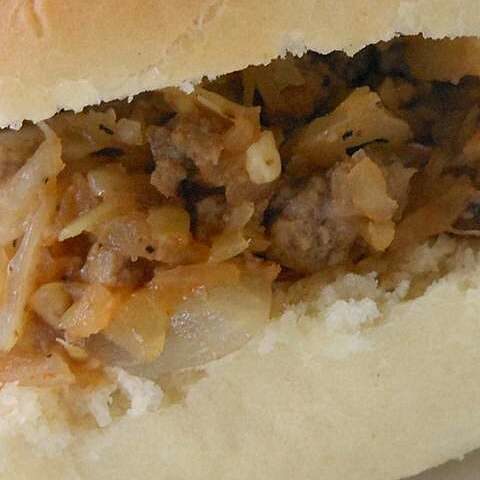 This is an easy and quick variation to the Runza since there's no baking involved. Just prep the filling of a Runza and the serve it on hamburger buns. Voila! 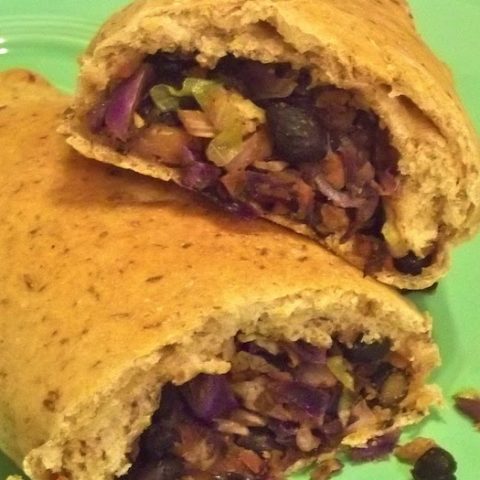 This veggie version of the Runza adds some additional secret ingredients along with the cabbage: Grated carrots and chopped onions. 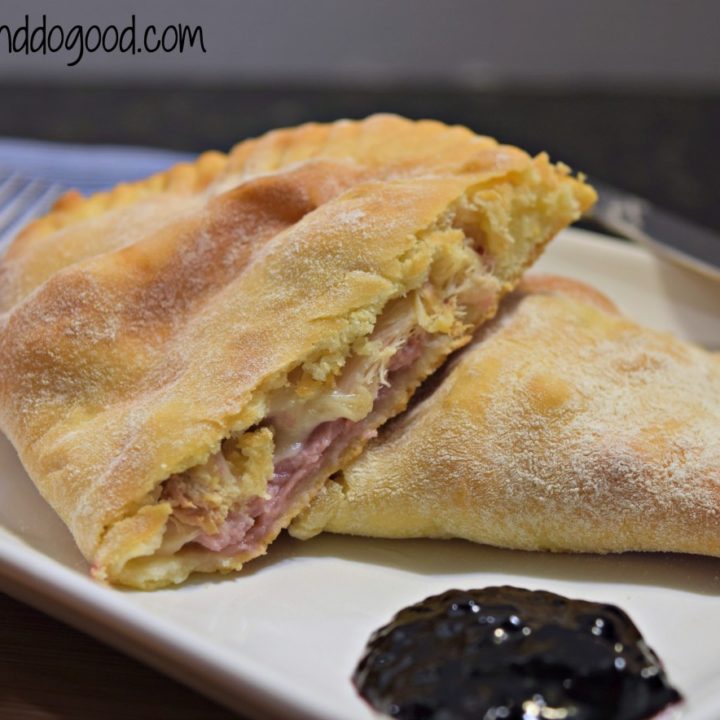 Combine the ingredients of a Monte Cristo sandwich - ham, Swiss cheese, and shredded chicken - and stutff that all into dough and you get the Monte Cristo Runza! 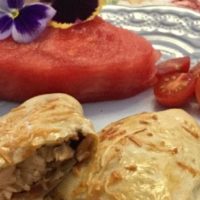 This cook created a Weight Watcher-friendly version of the Runza, one that calls for diced chicken and Paremsan cheese. The result? A tasty Runza that's 4 points. 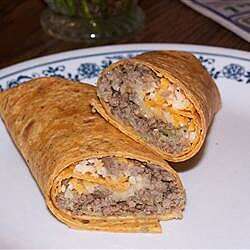 OK, OK, this recipe is a stretch. Swap out the stuffed bread dough and wrap this Runza up with a tortilla. It's a Runza burrito with a little extra kick in the seasoning.

Runzas truly are a Nebraska thing. Fans of the bun are loyal, too. I guarantee if you wear one of these shirts in another state, a fellow Nebraskan will notice. Here are a few Runza favorites:

I’d love to know if you’ve got a recipe for Runzas that differ from those above. Share a link or the recipe itself in the comments below!

Have an idea for another quintessential Midwestern dish? Leave me a comment with your suggestion! Or check out the other recipes: