Posted on Published: May 9, 2021 Categories Iowa 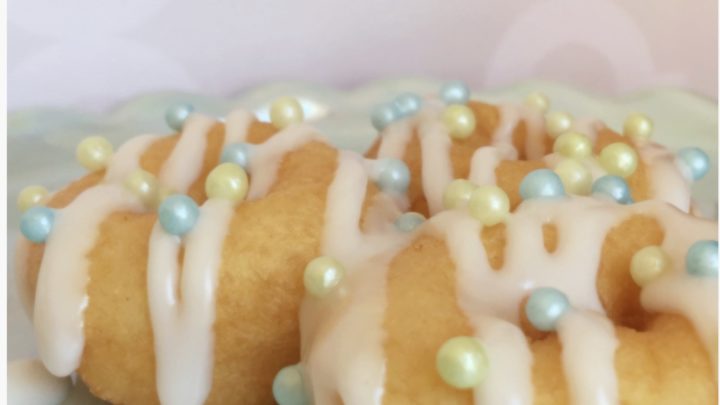 Whether you have a sweet tooth or are just looking for a way to make your morning a little more delicious, you can’t go wrong with donuts. Lucky for central Iowans, there are lots of places to find a delectable donut in the area.

From local institutions serving traditional favorites to newer shops with twists on the classics, there’s something for every pastry lover here. If you’re searching for a sweet morning treat in central Iowa, you won’t want to miss this list of the best places to find donuts in Des Moines.

Want a more substantial breakfast? Check out these eight great places for breakfast in Des Moines.

Easily one of Des Moines’ most iconic places to find a donut is the Donut King. Originally located on Grand Avenue and 63rd Street in Des Moines, the Donut King closed briefly before relocating near the Iowa State Fairgrounds with a second satellite donut case at Bauder’s Pharmacy on Ingersoll Avenue.

Traditionalists will love the shop’s classic cake donuts. Every year during Lent, Donut King also makes the most delish Polish paczkis to celebrate Fat Tuesday—but be sure to pre-order because they go quick!

Located just south of downtown off of Martin Luther King Jr. Parkway, ChuChu Donuts is one of the city’s hidden gems. With a wide variety of donuts and pastries made fresh daily, ChuChu Donuts is a must-visit shop for donut lovers.

Consistently voted as having some of the best donuts in the state, Hiland Bakery is a northside staple. The bakery has been a part of the Highland Park community since the 1940s, but closed for a short time in 2019 before opening under new ownership in 2020.

Though the owners changed, the recipes have remained the same and customers can get the same donuts they’ve always enjoyed. With fan favorite specialty donuts like the frosted champagne or massive apple and cherry fritters, Hiland Bakery has some seriously mouth watering pastries.

As another Des Moines staple, Donut Hut has been a favorite of many locals for decades. With friendly service and a neighborhood atmosphere, Donut Hut is the perfect place to grab a box of pastries to share among coworkers or friends.

Donut Hut has a great selection of both traditional and filled donuts alongside fan favorites like their glazed cherry cake donut.

If you’ve ever found yourself craving a late night donut, Hurts Donut Co. is for you. This 24-hour West Des Moines shop serves up unique donuts to hungry customers any time of the day or night.

While they stock some traditional favorites, Hurts Donut Co. has more than 70 varieties of oversized specialty donuts. Flavors like the Andes Mint and Fruity Pebbles are inspired by other popular foods and donuts like the Cotton Candy and S’mores take other beloved desserts to new depths.

As its name might suggest, a visit to Mahalo’s Coffee & Mini Donuts is like a relaxing tropical getaway. With a laidback Hawaiian theme, this West Des Moines coffee shop also has a delicious menu of mini donuts.

Customers can opt for the classic style mini donut covered in cinnamon sugar or powdered sugar. Or, Mahalo’s also has Island Style mini donuts in flavors like Apple Tiki, Coconut Cove, Hula Honey and more. These bite-sized sweets are the perfect bit of doughy goodness to accompany a morning coffee.

Megan Bannister is a freelance writer and blogger at Olio in Iowa based in Des Moines, Iowa. When she’s not sampling and writing about food, Megan enjoys visiting unique destinations, roadside attractions, and “world’s largest” things across the Midwest and beyond. Her book, Iowa Supper Clubs, highlights classic eateries past and present from around the state.