Posted on Published: May 5, 2020 Categories What To Do In Omaha

17 Omaha Craft Breweries You Should Try 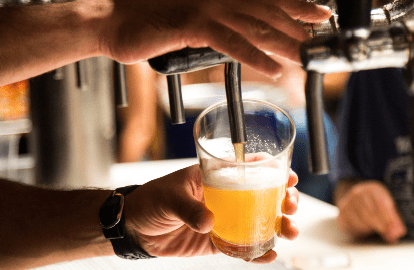 In a few short years (or so it seems), Omaha has grown into a booming craft brewery scene. I’ve had a few years to explore the industry (ahem, perhaps a more than a few years), so I thought I’d share my favorite brews from all of the breweries.

Be sure to comment with your favorites! If I missed a brewery (or another one opened up), let me know.

I’m by no means a beer snob or connoisseur. In fact, if you look over the list, you’ll see I tend to just favor a few kinds of beers (brown ales, saisons). However, I do love trying new beers. So, that’s why I made this post.

I started learning about the Nebraska microbrewery scene in 2008, when my then-fiance and I held a beer tasting fundraiser for the Leukemia & Lymphoma Society. Back then, there weren’t many Omaha breweries, so we sought brewers throughout the state.

It was a fun and successful fundraiser, and we got to know the friendly and generous people behind some of the state’s longest-running breweries.

It’s awesome to see the brewers grow over the past 10+ years! Some of those early brewers eventually opened a taproom in Omaha, like Thunderhead and Empyrean.

Found on the main drag of the Benson neighborhood, Benson Brewery is a great spot for food and drinks before a night out. The brewery opened in 2013.

This is one of the few brewpubs that are family-friendly, and even has a kid's menu with things like burgers and mac and cheese.

COVID-19 Update: The brewery offers curbside pickup, online ordering and delivery, with operating hours being Monday through Saturday, 4 to 9 p.m. (you can start calling in orders at 3 p.m.). The dining room is closed for the foreseeable future.

Try: The Blonde Bunny is a good, light ale.

With a taproom in the Old Market, Brickway Brewery and Distillery is a prime spot to grab a beer and people-watch the afternoon away.

Brickway is also a distillery, so if you're thirsty for something a little stronger, they distill their own gin, whiskey, vodka, bourbon and rum.

COVID-19 Update: Beer and spirits are available to-go. The creative guys at Brickway also started making hand-sanitizer and now have made enough to offer it for free. Every Friday, you can get 64oz (BYOB). The rest of the week, you can get a free 10-oz bottle, one per person.

This spacious brewery in Midtown Omaha offers both food and beers. The basement is where the brewing magic happens. Farnam House's typical lineup on tap includes farmhouse ales, German Lager, Bock, Stout, and sours, as well as some pretty creative brews.

COVID-19 Update: They offer delivery through GrubHub. Beer is available in cans and growlers.

Try: Give the Rye Peppercorn Saison a try.

Infusion is steadily becoming a favorite of mine, especially since our pool carries my favorite beer on tap. The original location in Benson is in the former Olson's Meat Market, and has an awesome restored, vintage look to it. The brewery has opened additional taprooms in West Omaha and in Little Bohemia in downtown Omaha.

COVID-19 Update: All taprooms are open for to-go orders only.

Jaipur is first and foremost a restaurant serving delicious Indin food. However, they also brew their own beer.

COVID-19 Update: Jaipur offers carry-out and delivery for the food menu only.

Try: The Jalapeno Ale is delicious but has a kick to it.

One of the newer breweries in the metro area, Jukes Ale House opened in the fall of 2019.

Try: Jukes is a brewery I have yet to visit, so looking over their menu, I'd go with the Little Lady Grisette, one of their core beers. The beer is made with a simple grain bill of pilsner and wheat and a blend of French Strisselspalt and German Perle hops. What sells me on it, though, is that it's made with a special strain of saison yeast. I love Saisons.

The interestingly named Kros Strain Brewing Co. is a La Vista brewery formed by two beer lovers, Bobby Kros and Scott Strain. Their style of brewing is to always tinker with flavors, so you'll always find something wholly unique on tap there.

COVID-19 Update: Kros Strain beers are avaialble for pick-up only at the brewery. It's 20% off for now and can be ordered online.

Try: Fairy Nectar London Double Dry Hop, my husband's favorite local beer. It's a tad too hoppy for me, but the beer did earn second place at that 2018 Juicy Hazy IPA category at the Great American Beer Festival.

The first location of Lazlo's Brewery and Grill, Lincoln’s Historic Haymarket District, opened in 1991, making it Nebraska's first brewpub. There are now three locations, including one in West Omaha.

My first introduction to Lucky Bucket was right after the brewery opened in 2008. Raising money for Leukemia & Lymphoma Society's Team in Training, my then-fiance and I decided to have a beer tasting fundraiser and Lucky Bucket was the first enthusiastic brewery to donate beer for it. I've been grateful to them ever since.

They've branched out and added a distillery (Cut Spike), but the beer is what we're talking about here. Lucky Bucket offers brewery tours once a month.

COVID-19 Update: The brewery offers pick-up on its beers, as well as discounted growler refills. The distillery recently started making hand sanitizer for first responders but may have it available to the public later in April.

Nebraska Brewing Co. formed in 1997, is the state's most award-winning brewer. I've rarely encountered a dud there.

I haven't been to the new taproom, but they say it's kid-friendly, just like their old the old brewpub used to be.

COVID-19 Update: Nebraska Brewing Co. offers custom can ordering for pickup, plus some nifty mixed drinks in a can, like margaritas.

One of the newer breweries in the Omaha area, Pint Nine has a devoted following. Popular Omaha food trucks are often parked in front of the brewery.

Try: Give the Session Red a try.

The Scriptown brewery is located in the trendy Blackstone District. Scriptown does a great job partnering with other Omaha small businesses, offering Noli's pizza deals, a Kathmandu Momo Station, and they've been known to do beer floats using Coneflower Creamery ice cream.

COVID-19 Update: You can order online for pick-up.

Yes, Soaring Wings is a winery and vineyard, first and foremost. And while the whites there are pretty nice on a warm summer day, I've taken to their beers even more.

While it's a bit more of a drive to Soaring Wings versus others on this list, it's worth it to enjoy the view.

Omaha's oldest brewpub, Upstream has been around since 1996. The large restaurant/brewery in the Old Market is surprisingly kid-friendly - every Tuesday there's a hilarious roving magician.

Consider Vis Major your friendly, Omaha neighborhood brewery. They offer food along with beer and cocktails, including the pretty interesting specialty pizza, The Goonie.

COVID-19 Update: You can order food and beers online for carryout or curbside pick-up.

Zipline Brewing has grown over the years, expanding from Lincoln into Omaha with two locations, a NoDo taproom in downtown Omaha (conveniently by Film Streams and The Slowdown), and a lounge in West Omaha.

COVID-19 Update: Zipline offers no-contact pick-up of its beers at both Omaha locations. You must place your order online.

Zipline started Workforce Wednesday, where every Wednesday in May, furloughed members of the restaurant and bar industry can get a free glass growler. You must purchase the growler to be filled with the beer of your choice or bring a Zipline growler you've already purchased. *must be pre-ordered online!

Try: Copper Alt is a must-try. 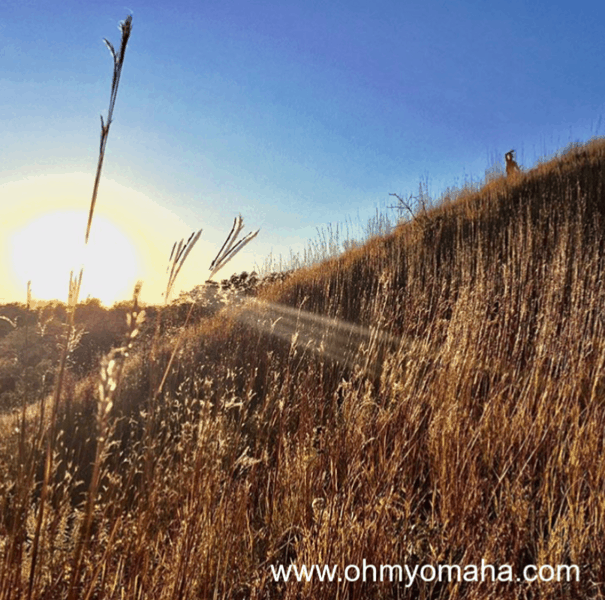 Previous
Everything You Need To Know About Hitchcock Nature Center 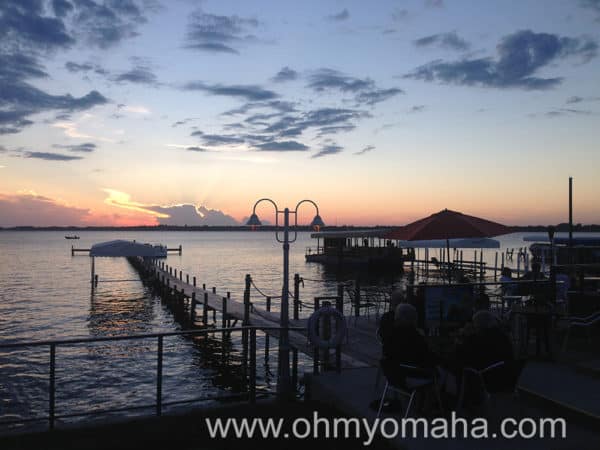 Love to try them, but all tge damn bars are closed, Damn them all!

Yep, you miss out on the atmosphere of the tasting rooms and bars, but at least they're still brewing and selling the beer to drink at home.