Posted on Published: December 17, 2019 Categories Where To Eat In Omaha

10 Restaurants To Try In The Blackstone District In Omaha The Blackstone District wasn’t always the go-to spot for new restaurants and fun bars in Omaha. However, food did play a role in its early days (hint: it involves Reuben sandwiches and butter brickle ice cream).

UPDATE: This post was first published in 2019, and has been updated in July 2020 to reflect the closure of Forno.

A brief history of the Blackstone District

In its early days, the Blackstone District was better known as the southern Gold Coast, home to Omaha’s wealthiest residents. With dozens of mansions in what was then west Omaha, only the richest residents were found in the area.

Then, in the early 1900s, the Blackstone Hotel was built and things started to change. The Blackstone was home to wealthy travelers and gamblers. In fact, a poker game led to the creation of the Reuben sandwich. Later, the hotel’s chef was credited with inventing butter brickle ice cream.

Today, the Blackstone District is home to nearly two-dozen restaurants and drinking establishments, businesses and residences.

Where is Blackstone District in Omaha?

Since 2013, the area from 36th to 42nd streets along between Farnam Street (between Dodge and Harney Streets) has been officially known as the Blackstone District.

The seven-block area is a mixture of about a dozen restaurants, bars, and apartments. It’s located immediately west of Midtown Crossing.

Where to park in Omaha’s Blackstone District

Parking is limited in the Blackstone District, so it can seem to come at a premium (unless you’re willing to walking).

Forno has a dedicated parking lot next to the restaurant. But, to park while you visit the other restaurants, you can park on the street or in parking lots throughout the area. Ample parking is available after 5 p.m. near 42nd and Farnam streets, while additional paid parking can be found between 39th and 40th streets, as well as 37th and 38th streets.

Restaurants in the Blackstone District

Located beside its partner, Noli’s, Ansel’s Pastrami and Bagels features beer-boiled bagels, breakfast sandwiches and a variety of lunch goodies.

With a menu heavy on locally-sourced ingredients, The Blackstone Meatball asks you to create your own dish. Diners choose the style of meatball they prefer – traditional with a side or sandwich, the flavor of meatball (classic, chicken, pork or vegetarian) and then the sauce.

Butterfish offers a menu sure to satisfy the palate of Asian cuisine enthusiasts. From sushi to small plates, such as cashew chicken, Butterfish is sure to appeal to everyone in your dining party.

Share sake and other drinks from their cocktail menu.

No visit to Blackstone is complete without a stop at Coneflower. Home to “Farm-to-cone” ice cream, Coneflower uses locally-sourced ingredients, such as milk and cream.

The oldest of the Blackstone District restaurants, Crescent Moon Alehouse is a mix of restaurant and bar.

Opened since 1996, Crescent Moon is considered home to Omaha’s best Reuben sandwich. Located across the street from the Blackstone Hotel, Crescent Moon thought it made for a winning marketing idea to tie its Reuben to the hotel’s history. Made with corned beef provided by Omaha Steaks, the Reuben routinely wins “Best in Omaha” contests.

Huber Haus – an old-fashioned German bier hall – is located in the basement, while a Beertopia is next door.

Home to possibly the most unique brunch in Omaha, Early Bird features an eclectic menu with pancakes mixed with your favorite childhood cereal, such as Fruity Pebbles and Coco Puffs, and chicken and donuts. You can order a flight of pancakes consisting of three pancakes featuring peanut butter and jelly, blueberries and more. Or, go for the more traditional omelet or chicken fried steak.

Located down the hall from Early Bird is Bob’s, home to some of the best and strangest donuts you will ever love. Large enough to be a meal by itself, each artisan donut is a masterpiece. From the Boston crème donut and Fruity Pebbles to Peanut Butter and Jelly and Chocolate X-Treme, a trip to Bob’s is a true foodie experience.

Mula looks at its service through two eyes – the food and the drink. Its menu is based on traditional Mexican street cuisine, such as carne asada and chicken mole tacos.

Mula has been certified as a tequileria, which means that 80 percent of the staff has learned the history and production of the drink.

Offering fresh made-to-order pizza by the slice, Noli’s Pizzeria quickly became an Omaha favorite. Located near 40th and Farnam streets, Noli’s is located on the western end of Blackstone.

Believing water is the key to the perfect pizza dough, Noli’s uses specially-filtered water, which helps create an outstanding dough for its pizza. You can your order by name, such as the Margherita and Capricosa (made with local salami), or create your own.

While there, try one of the dinner salads. With its house dressing, the salads are worthy of a meal of their own.

Lunchtime can be a challenge for a sitdown meal, as the small dining space is usually full. But, if you have the time, Noli’s pizza is worth waiting in line.

Working with local farms and distributors, Stirnella prides itself on a menu using locally-sourced ingredients. While its menu features American comfort food, including fried chicken, the chef puts his own twist on it with sides such as sweet potato puree and sweet and sour onion gravy.

The restaurant’s name stems from the Meadowlark, the state bird, representing its genus and species. 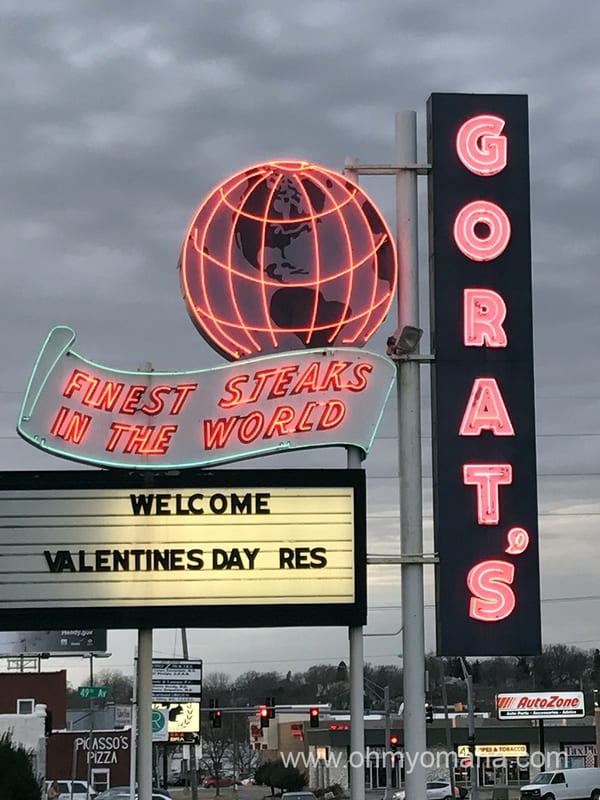 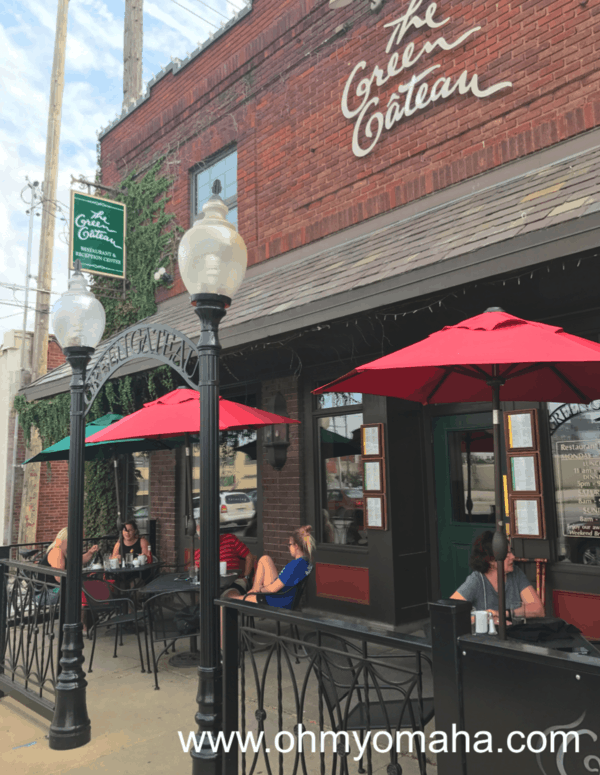 Noli's is a great pizzeria. My wife and I stopped by after reading a very complimentary review of them by Pizza Today trade journal.

True. I think some locals forget that (me being one of them).