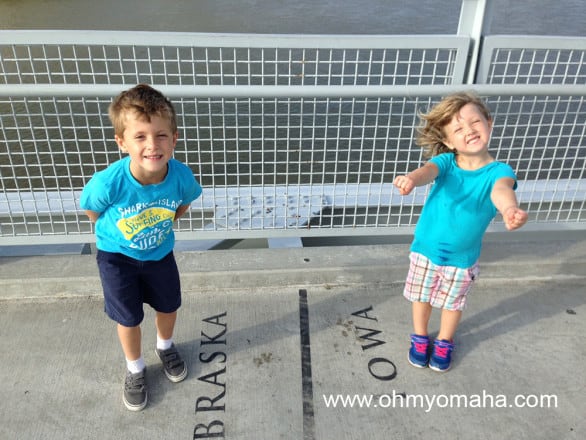 Photo opp on The Bob, as the pedestrian bridge over the Missouri River is affectionately called. 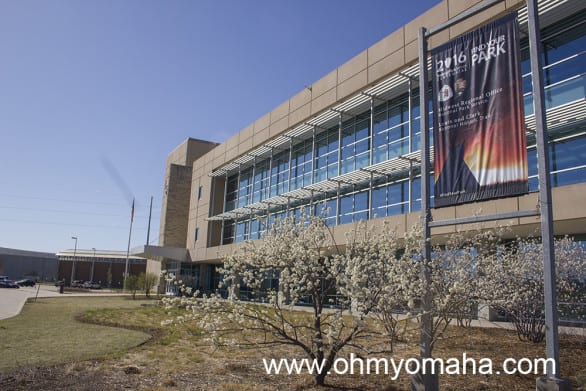 The National Parks Service’s Midwest Region headquarters to the Lewis & Clark Trail is in Omaha.

The Lewis & Clark Trail Headquarters Visitors Center in Omaha is contained to a lobby. 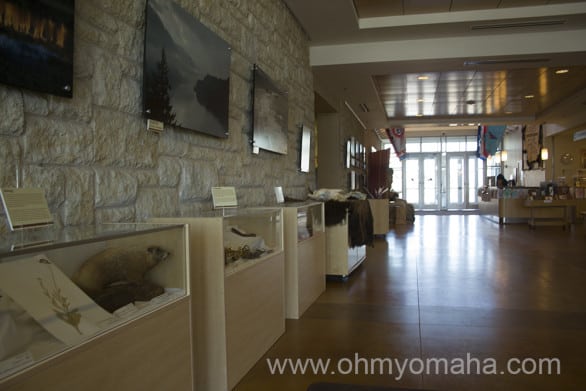 Replicas of artifacts collected during the Corps of Discovery’s journey are on display in Omaha. 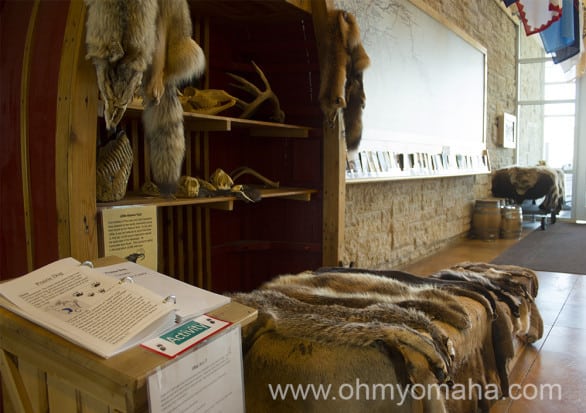 If your kids have to touch everything they come across, they’re in luck. Some displays have animal furs and replicas of artifacts for them to touch. 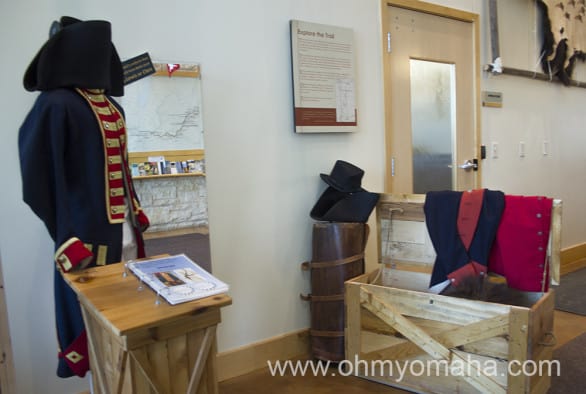 Children can imagine themselves as a member of the Corps of Discovery as they sort through the costume trunk. 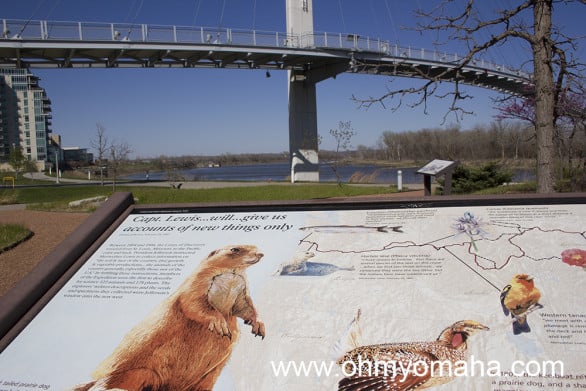 There’s a short trail to walk on the north lawn of the headquarters, and it features informative signs your kids will ignore.