On a recent kid-free getaway to Sioux City, Iowa, Mr. Wonderful and I decided to explore the area near our hotel, the Hard Rock Hotel & Casino.

We do plan on making it to the art center – with the kids (I heard there’s a fun space just for them). If you make the trip by May 8, 2016, you can see “The Art of the Brick,” featuring LEGO sculptures by Nathan Sawaya.

What to expect at Sioux City Public Museum 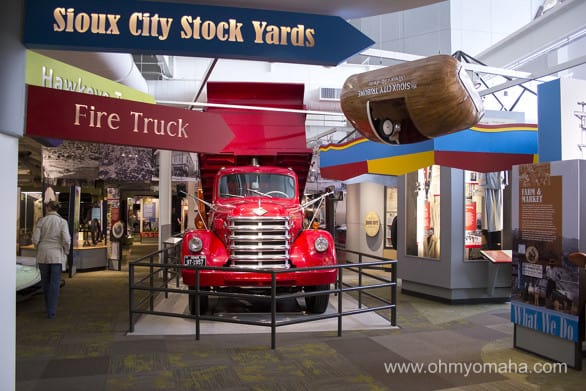 The Sioux City Public Museum is a free museum in downtown Sioux City.

This museum is dedicated to explaining the history of the city and its people in a colorful and interactive way. For Omahans, I’d liken it to a smaller-scale Durham Museum that’s less about a region and more about a city.

Before you start exploring, you’ll be encouraged by volunteers to watch a 12-minute film, “The Spirit of Sioux City.” I’ll second the suggestion. It does its job quickly covering centuries of history, but it does it in a very cool, multi-media way with additional lighting and projections to take things off the screen a bit.

The permanent collection has a little bit of everything. It covers transportation, Native American history, music, agriculture, everyday life through the decades…just about everything. 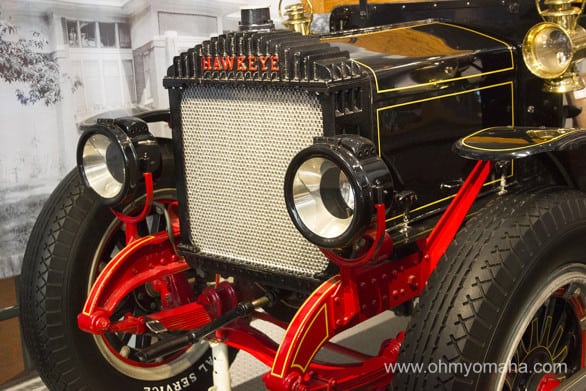 There’s a lot of Iowa history on display at the Sioux City Public Museum.

You can easily spend an hour walking around. If you grew up in the Midwest, some pieces will be nostalgic.

What’s there for kids 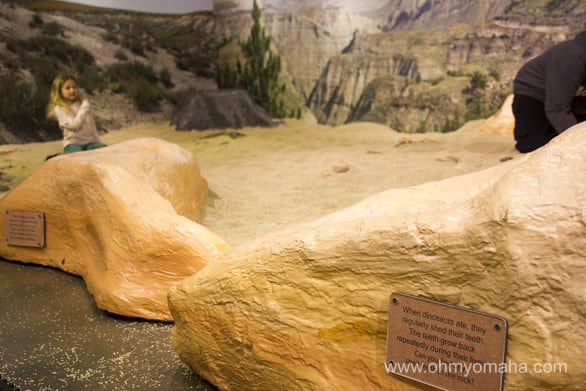 Kids can dig for fossil replicas in “The Big Dig” at Sioux City Public Museum.

“The Big Dig” stood out for what will appeal to my kids, at least. It has replica fossils children can dig for.

There are other areas for kids to explore, like a Native American lodge house, tipi and a pioneer log cabin. 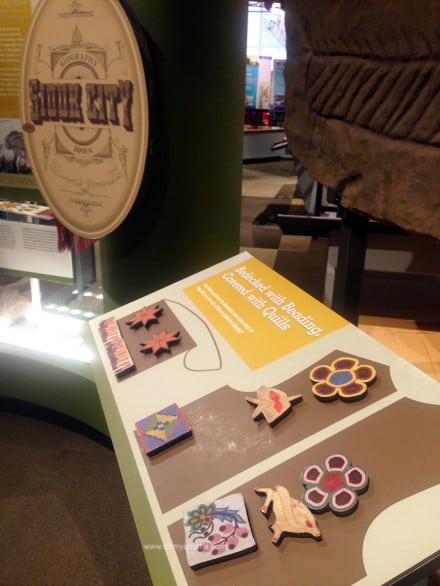 Some items on display had an interactive activity for children (or adults like me – how do you like my beaded vest?).

Some exhibits have engaging signs. There may be a trivia question or a make-your-own activity connected to the item on view. My kids can’t read well yet, but they do love opening and closing doors so these features at least make them pause at artifacts longer than usual.