Disney’s “Beauty and the Beast” feature film was a 1991 award-winning phenomenon. I was at the perfect age to fall in love the music and the story.

I sometimes sing the title song to my kids at bedtime, 23 years later. I’d say it’s stuck with me.

Twenty years ago, it premiered on Broadway, won awards, and since then has become an international sensation that has been seen over 35 million people worldwide in 22 countries.

At the moment, I’m not one of those 35 million…but not for long. 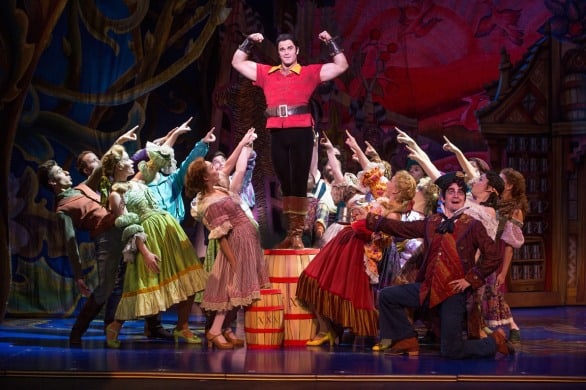 Cameron Bond is Gaston in the show. Fun fact: In the tavern scene, look for a hidden “Mickey” in the set drop. Photo courtesy Matthew Murphy

I’m going to see it when the Broadway touring production opens at the Orpheum Theater this Friday night!

I told the kids about it and here’s what they thought of that exciting news:

It’s funny to think that in all my years reviewing shows for The Daily Nonpareil, I never attended Disney’s “Beauty and the Beast,” even though the tour had stopped here twice during my tenure.

It’s the same story of Belle, a young woman in a provincial town, and the Beast, who is really a young prince trapped in a spell placed by an enchantress. And there’s Gaston, who’s a fun character to hate. 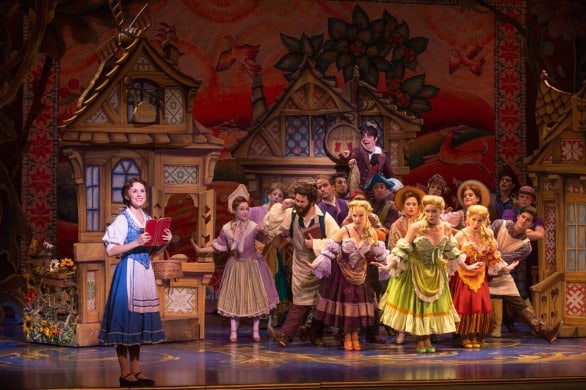 Jillian Butterfield is Belle in the touring Broadway production of Disney’s “Beauty and the Beast,” at the Orpheum Theater in Omaha this Friday through Sunday. Photo courtesy Matthew Murphy

All of those songs I loves in the movie are in the musical, plus a few new ones.

And with a little Disney magic, the musical has the enchanted objects. You know them, Mrs. Potts and the gang. 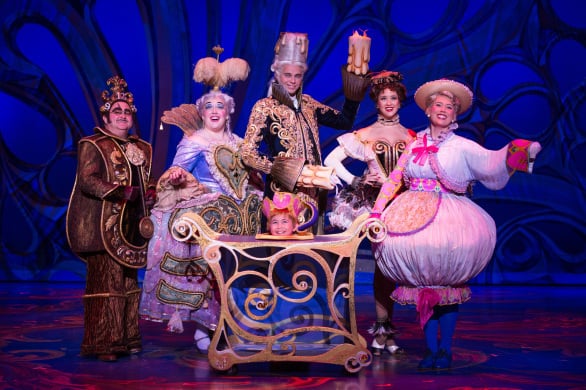 I heard the “Be Our Guest” number is a showstopper – I can’t wait to see my kids’ reactions to it. 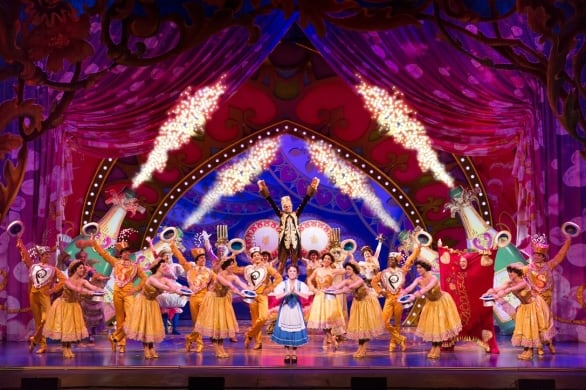 The cast of Disney’s “Beauty and the Beast.” Photo courtesy Matthew Murphy

I’m a little nervous about how Mooch will do at the show. This is a full Broadway production – we’re talking longer than two hours. Her big brother managed through “Shrek the Musical” without a meltdown when he was about 2 and it had the same start time (8 p.m.), so I’m crossing my fingers that she does well.

Are you going “Beauty and the Beast” in Omaha? If you haven’t gotten your tickets yet = Do. Not. Wait. Buy them now because seats are going fast.

And beware where you try to buy tickets. The link below goes to Ticket Omaha, the official ticket seller for performances at the Orpheum Theater and the Holland Performing Arts Center. Tickets purchased from other ticket retailers such as secondary ticket agencies or brokers may be more expensive and may not be valid.

Disclaimer: I am an employee of Omaha Performing Arts, but opinions written here are my own. I was provided comp tickets to Disney’s “Beauty and the Beast” in exchange for writing about and promoting the show.

Looks like it is going to be an amazing show! I love the costumes!

Belle's gowns and the costumes for all the enchanted objects were beautiful!

I hope to see Beauty and the Beast on stage someday. Like you, I have memories of Beauty and the Beast. In fact, I bought a copy of the soundtrack on cassette tape in French when I was in France back in the Summer of '93. Ok, I'm dating myself. It was called La Belle et La Bete.

Have a great time at the show.

Buying a foreign version of the Beauty and the Beast soundtrack is something I would've done too. That's a unique memento!

It looks like a great show! I've been to the Lion King, but I haven't been to Beauty and the Beast.

Few shows can compare to the elaborate Lion King! This one is going to be more sentimental to me.

I am SO excited for Friday night!! It is going to be awesome :)

Hope I see you guys there!