As someone who’s lived in Kansas City for nearly 20 years, I love getting in the car and driving to see what I find. Day trips are the perfect way to get out and still sleep in your own bed. (Here are some options for those of you in Iowa or Nebraska.) I feel like it’s easy to spend another weekend at home but if you are looking for a bit of an adventure, this post is for you. These road trips from Kansas City have a little something for everyone. You can get any of them done in a day, or stay longer if you want. Let’s hit the road! 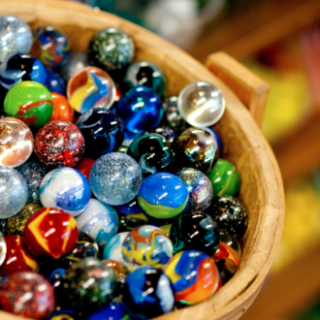 Located among gentle hills and the Kansas River, you’ll find this small but action-packed town. Home to the Annual Renaissance Festival, a popular amphitheater for nationally touring bands, and the National Agricultural Hall of Fame, you will have no problem spending a day or a weekend here.

If you like the outdoors, there are also parks to explore or you could try zip lining.

Tip: One of my favorite places to visit in Bonner Springs is the Moon Marble Factory. They have demonstrations where you can watch them blow marbles and they have one of the best toy stores around. 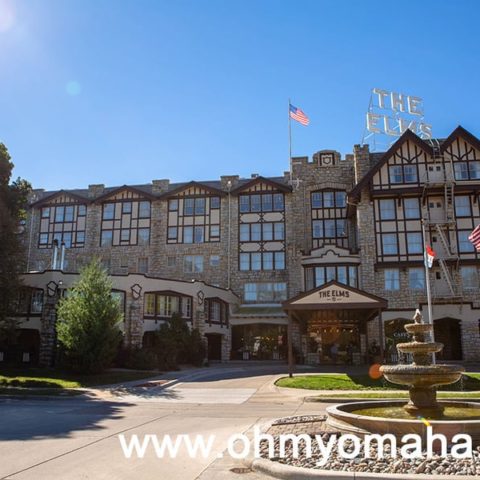 We spent our first anniversary at The Elms Hotel and Spa, where Harry S. Truman spent the night after the 1948 election. (He went to bed thinking he’d lost his re-election and was awoken to the good news.)

The 125-year old hotel is what draws a lot of people to Excelsior Springs but there’s more to see. From two local theaters to a quaint downtown shopping area, you will get a sense of the past and the present when you visit.

Tip: The Hall of Waters is a museum that sits on the site where the first natural spring was found in the area in the 1880s. In the 1890s the town wanted to find a way to pipe all the spring water into one location. The two-story solarium was used for healing purposes and features the world’s longest water bar. 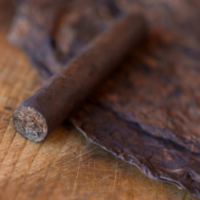 For a town of less than 2,000 people, Weston has made itself into a destination. They put on several annual festivals (celebrating apples and Irish heritage) and have some really unique businesses. While the town is surrounded by farms, there are also plenty of artisans in town. They have a brewery, several wineries, and even a tobacconist that rolls locally grown tobacco into cigars. 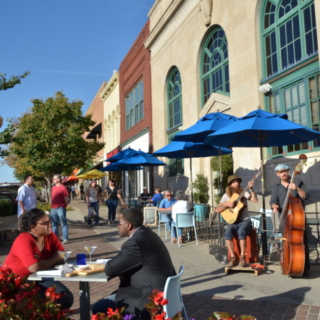 Lawrence has a long and interesting history that has created this liberal college town into what it is today. You can learn all about it at Watkins Museum or take a self-guided tour along the Santa Fe and Oregon trails that run through the city.

All the Jayhawk fans would revolt if I failed to mention that Lawrence is also the home to the University of Kansas (KU).

Tip: If you are looking for a foodie experience, Lawrence has some top-notch restaurants and bars. (Good enough that Kansas Citians think nothing of driving out for dinner.) I would recommend Free State Brewery and drinks at John Brown’s Underground. 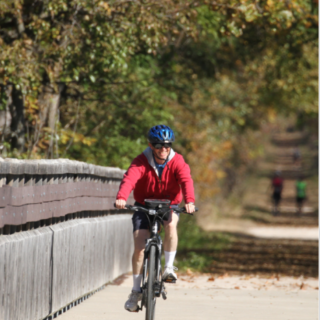 Built on the land of the Ottawa tribe of Indians, and now the home to Ottawa University, this town straddles the Marais Des Cygnes River. The river plagued the area with a series of major floods between 1844-1951 until the Army Corps of Engineers stepped in to build a series of levees.

You can learn more about the history of the town at the Old Depot Museum which is located on the Prairie Spirit Trail. The 52-mile trail is built on a former railbed and can be biked or hiked.

Tip: Movie buffs will find a real gem in Ottawa--the oldest operating cinema in the world, by two days. Plaza 1907 beat out a theater in Denmark when they applied to the Guinness World Records in June 2017. 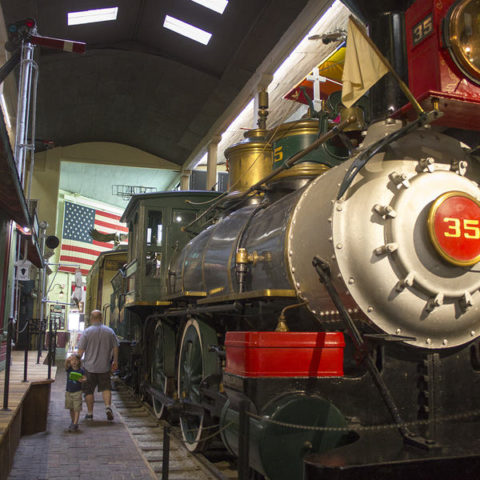 Saint Joseph (or just St. Joe to locals) is the birthplace of rapper Eminem and is the final resting place of outlaw Jesse James, after he was killed at the age of 34 in his St. Joseph home.

The town lies on the shores of the Missouri River and was one of two endpoints of the Pony Express. You’ll find a museum covering the history of this short-lived but infamous attempt at rural mail delivery and the extraordinary Patee House Museum.

Tip: If you are of a certain generation when the nightly news were an anchor of your day, the Walter Cronkite Memorial should be on your list. Found on the campus of Missouri Western State University, the Memorial offers tours and even a replica of the newsroom from which Cronkite broadcast the news in the late 1960s to early 1970s. 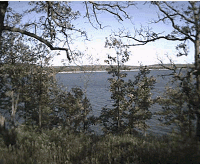 Another riverfront town, you will find most of the notable activities in La Cygne outdoors. Many Kansas Citians first visit La Cygne through day trips or camping at the Wildwood Outdoor Education Center. If you’re beyond your ropes course days, grab your clubs and head to Deer Trace Golf Course, an 18-hole course with a driving range.

Tip: Civil War buffs may be interested to know that La Cygne was the site of the last important battle fought in Kansas. Mine Creek was the largest cavalry battle west of the Mississippi and the grounds are open to visitors. 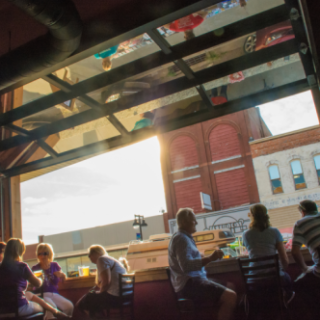 Topeka is the capital of Kansas and home to roughly 125K people and one of America's Best Chilis. The city was also home to the Evil Knievel museum, which is notable because he is not from Topeka. One of the founders of the museum saw him perform as a 4-year old boy and became a life-long fan.

Tip: Topeka is well-known for being the place where school segregation was finally declared unconstitutional in a landmark Supreme Court case. You can visit the National Historic Site of Brown v. Board of Education both in-person and virtually. 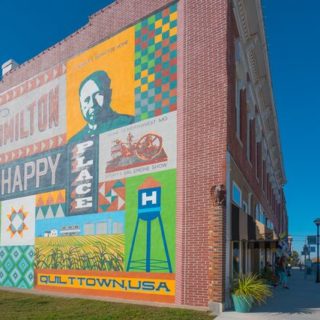 Despite being a town of less than 1.5 square miles in size, Hamilton is a town with some notable history and places to visit. If you’re a quilter, you know about Hamilton. It’s become a destination location since the Missouri Star Quilt Co. took off. The family behind the company has invested and transformed the town.

Due to the popularity of the quilt shop and jobs created by the online business, some good restaurants have opened.

Tip: James Cash Penney, better known as J.C. Penney, was born in Hamilton, MO. You can visit a delightful little museum in his honor on the main street in town. 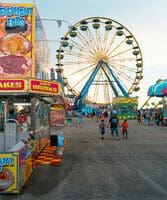 Home to the Missouri State Fair and the Scott Joplin Ragtime Festival (Maple Leaf Rag was named after a saloon in town), Sedalia makes a fantastic day-trip location.

In addition to the fairgrounds, you’ll find 13 other places on the National Register of Historic Places including several prominent homes and hotels.

Tip: Don’t miss the Daum Museum of Contemporary Art when you visit. A retired radiologist, Dr. Harold F. Daum donated his 300-piece art collection and funding to build the museum, which opened in 2002. The collection features works by a range of artists from Andy Warhol to Helen Frankenthaler and Ansel Adams. 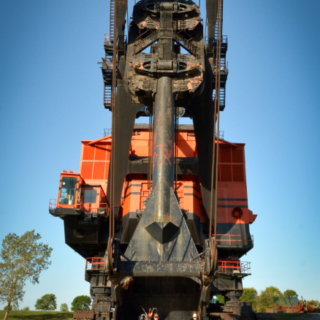 West Mineral was established, and named, because of the coal found there. In order to mine the coal they used incredibly large equipment including the largest electric shovel in the world, nicknamed Big Brutus. Standing 16 stories tall, it’s something you have to see.

Tip: The town has less than 200 people, so definitely plan to add on another city to your day trip. 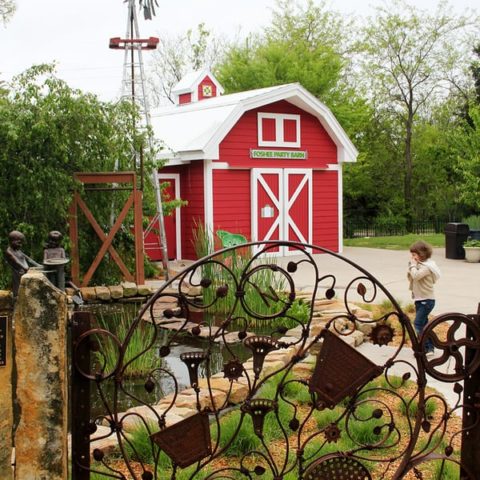 Wichita is a large city that's great for families to explore, with a collection of attractions all fairly near each other: Botanica Wichita; Wichita Art Museum; and the science center, Exploration Place.

Don't skip seeing the free, nightly outdoor show on the river featuring The Keeper of the Plains.

Tip: Give yourself at least two days to explore Wichita and nearby Tanganyika Wildlife Park.

Highest rated hotel: Homewood Suites by Hilton at The Waterfront

Two of the most important things about any road trip are the snacks and the tunes. Plan ahead with this post and then plan your playlist. Happy trails!

For a few more options, including a bit of a longer drive, check out these small towns in Missouri you’ve got to visit!

Jenn Beard is the founder of Cocktails Away—a collection of adventures in pursuit of a great drink, a quality spirit, a unique ingredient, and the places they come from. When not traveling, she lives in Kansas City. Check out her blog for mouthwatering recipes and insider tips on DIY bartending and cocktail culture or travel to bars around the world at @cocktailsaway.

This is great and exactly what I needed! We are headed to Kansas City next month and are planning on traveling in and around the area!

What luck! I hope you have a good trip.