Posted on Published: April 16, 2021 Categories What To Do In Omaha 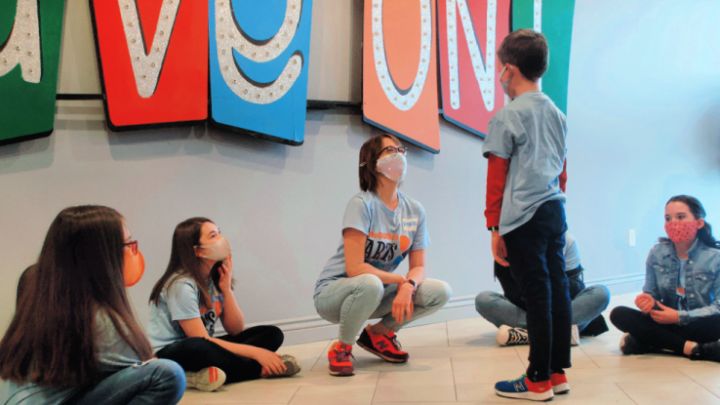 This spring, my kids attended their first-ever theater and improv classes at McGuigan Arts Academy at Countryside Village in Omaha. I have a feeling it won’t be their last, not even their last this year. After her first morning, my daughter said “That was the best class ever.” So, now I’m looking at their summer camps lineup.

Disclosure: This post is sponsored by McGuigan Arts Academy and Rave On Productions. All thoughts, opinions and typos are my own.

What is McGuigan Arts Academy?

The academy’s mission is devoted to teaching life skills through hands-on studies in music, theatre, film, art and technology. Acknowledging that not every student of the arts wants to be a performer, McGuigan Arts Academy nurtures Omaha’s talent in every artistic realm. I interviewed the artistic & education director, Kimberly Faith-Hickman, here.

So, while my kids focused on theatrical performance and improvisation, there are also classes for instruments and singing, with plans for more to come. My kids’ classes were once a week for several weeks, allowing them to really dive into the subject and get to know their classmates. Small class sizes meant maximum engagement!

My son was in the academy’s improv class, and each week, he’d come home talking about the new games they played. Some of these games he enthusiastically wanted to play with the whole family. It looks like we have a new option for Family Game Nights.

These awesome things made a difference

My kids have done a few wonderful theater classes and camps around Omaha, and if there’s one overarching thing I can say is that the theater community in our city has some wonderful teachers that truly excite children. I can tell you a hundred great things about each one my kids have been to.

So, rather than point out what one might do better than the others — which would be hard since I don’t sit in the classes — allow me to point out what was different with McGuigan Arts Academy.

First off, kids were greeted and acknowledged before they even entered the building. Colorful sidewalk chalk greeted them by name before they walked through the door. Nice touch!

Then, each camper gets a shirt. It kind of felt like they were joining a team. They signed their names on their shirts, and for each subsequent class, wore those shirts. It made it easy to learn names, and like I said, it felt like a team.

And, one truly standout observation: Their teacher, Kimberly (mentioned above), sent handwritten postcards to each of them. These encouraging notes impressed me and totally made my children puff up proudly.

They just recently unveiled their inaugural summer camp offerings. There are three, weeklong camps offered in 2021. Classes are three hours daily at their Countryside Village space.

Here’s one really cool thing about two of the camps: Those registered for Rock N Roll Roots camp (June 7 – 11) and Artapalooza (June 14-18) will take part in a public presentation alongside McGuigan Arts Academy Theatre Students at SumTur Amphitheater. 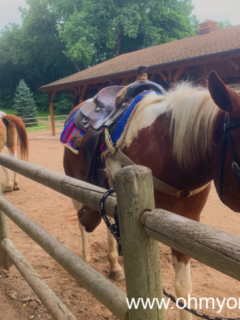 This is so very cool!!