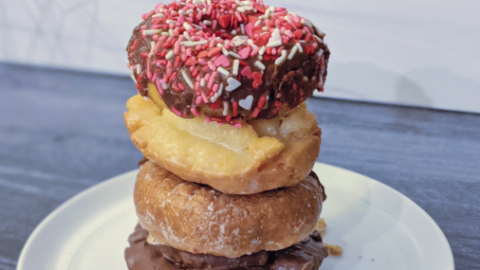 There may be some disagreement about who and when they were invented, but there’s no doubt that donuts are a crowd pleaser. Just the smell of hot oil transports me back to when my Nana used to make her cinnamon and sugar cake donuts. The hard part was waiting for them to be cool enough to eat. Whether filled, twisted, dusted, or dipped, donuts have endured for generations for a reason. If you are looking for some suggestions on where to grab a great round treat, here are the best donut shops in Kansas City.

About: Open since 1956, Ridgeway is a family owned, veteran, commercial and retail bakery serving up donuts Wednesday through Sunday. I have friends who have gone there for donuts with their family of six every Saturday for years. You’ll find classic donuts on the menu, baked daily of course.

About: While Fairway Creamery is an ice cream shop, it also serves up fresh donuts and coffee in half of their space. From the mind of chef and chocolatier, Christopher Elbow, comes these very popular fried treats. So popular in fact that they were all sold out by the time I got there on a Sunday morning at 9:30am, so get there early!

And if you miss them, you can always settle for an ice cream in a homemade cone or a box of chocolates.

About: Don’t worry vegans and vegetarians, despite the name, Duck Donuts are not cooked in duck fat. Instead, they hail from the Outer Banks of Duck, N.C. and have locations all over the US.

The vanilla cake donuts are made-to-order and you pick the coating, topping, and drizzle of your choice. When we picked up our order–you can pre-order on their website or over the phone–it was hot and fresh. I really liked the chocolate frosted donut with Oreo crumbs, yum!

About: Speaking of customized donuts, Donutology takes things to the next level with personalized tiny donuts. They want to help you discover your “donut DNA.” You get to choose from toppings and drizzles that range from breakfast cereals to toasted marshmallow cream.

If you find donut decisions too stressful, they also have classic donuts (raised, twisted, and filled) available as well. They’ve been open in Westport for years but have a second location coming soon!

About: Fluffy Fresh is an institution in Kansas City. And because of this, they sell out everyday and fast. The only reason I have ever had their donuts is that a co-worker I used to work with used to swing by the bakery at 6 a.m. on his way into the office.

The classic glazed donut is exactly what a donut should be – yeasty, perfectly glazed, soft, and chewy.

Where: 8809 State Line Road, Kansas City, Mo. (and various other locations across the Midwest)

About: Although this spot was already mentioned in a post about the best donuts in the Midwest on this blog, it’s worth mentioning again. Hailing from Springfield, Mo., and sporting an ambulance in every store, Hurts Donuts is a must for any outlandish donut lover.

If you want your donut plain, this is not the place for you. However, if you want to choose from 70 donuts with crazy names and ingredients, head to Hurts. Their quirky style and sense of humor is good for all ages.

About: For starters, you’ll hardly ever find the Donut King sold out. It’s open 144 hours a week and they are making fresh donuts continuously.

They offer a huge menu, which includes almost 50 flavors and styles of donuts in addition to pastries, cakes, cupcakes and coffee. They have a drive thru window but that means you need to know what you want. Pop inside and browse all the flavors and smells. I would highly recommend the peanut butter cake donut.

About: Mud Pie is Kansas City’s first and only all-vegan bakery and coffeehouse. And, before you start thinking that vegan isn’t nearly as tasty as “regular” donuts and baked goods, think again. Mud Pie has long been a favorite of vegans and non-vegans alike in the city.

The plant-based goodies are also better for you in many cases, so you can probably go ahead and have two donuts. The chocolate and pumpkin donuts are among my favorites. They also have plenty of gluten-free options if you are looking for those.

Where: 9 locations across the Kansas City Metro (and locations in Kansas, Colorado, Nebraska, and Arizona)

About: Don’t worry, Kansas City, I wouldn’t leave out another one of the city’s favorite spots for a donut or a bizmark. With nearly 30 years spent perfecting his original donut recipe, Ray Lamar started making donuts at the age of 17. He opened the first LaMar’s Donuts in 1960.

The Kansas City, Mo., business was a success and soon there were daily lines outside the door of people waiting for hot, fresh donuts in more than 75 varieties.

It’s not much different today. LaMar’s started to franchise their concept in 1993, which is why you’ll now find stores across five states.

Finally, if you would rather have a donut to go along with a meal, check out the best breakfast spots in Kansas City. Both Rye and Beer Kitchen have great donuts available at brunch.

Related post: If you’re looking for more donuts, here are the places to check out in Nebraska.

About the guest writer

Jenn Beard is the founder of Cocktails Away—a collection of adventures in pursuit of a great drink, a quality spirit, a unique ingredient, and the places they come from. Check out her blog for mouthwatering recipes and insider tips on DIY bartending and cocktail culture or travel to bars around the world at @cocktailsaway. 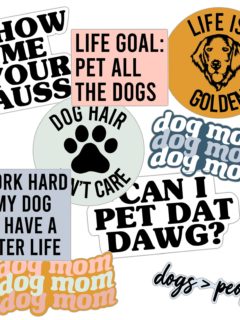 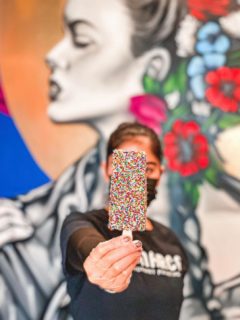