Posted on Published: January 18, 2019 Categories What To Do In Omaha

Review: Curious Incident Of The Dog In The Night-Time 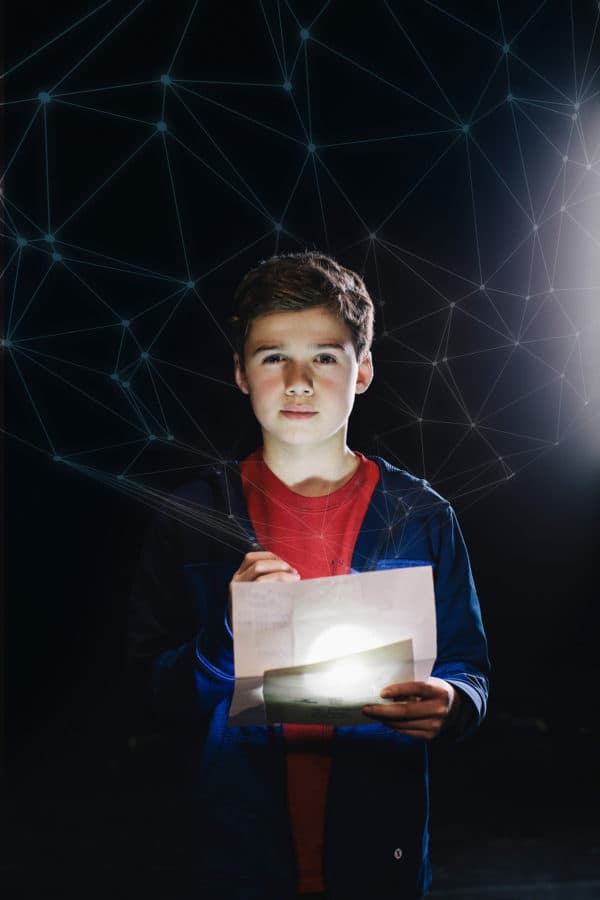 I first heard about “The Curious Incident of the Dog in the Night-Time” a few years ago when some colleagues of mine raved about it. They saw the Tony-winning production of it on Broadway, and returned to Omaha thoroughly impressed. So, flash-forward to 2019. When I hear Omaha Community Playhouse is doing a production of it, you know I jumped at the chance to see it myself. The play is on OCP’s mainstage in Omaha Jan. 18 through Feb. 10, 2019.

Here’s my review of OCP’s production of “The Curious Incident of the Dog in the Night-Time”:

Disclosure: I received complimentary tickets to review the performance.

“The Curious Incident of the Dog in the Night-Time” is a dramatic play about Christopher, a 15-year-old boy on the autism spectrum. It begins quite startling with the death of a neighbor’s dog, and spirals into a bit of a mystery to be solved and then it juts off into another direction. It’s simply captivating.

Christopher is portrayed by Dominic Torres, who does an outstanding job in the role managing to bring the audience and making us feel all sorts of emotions for his character. He is on stage the entire performance.

The rest of the cast plays a variety of roles, from the most trusted people in his life (his parents — maybe — and teacher) to strangers Christopher encounters. It’s fascinating to see the world through Christopher’s eyes. Sitting in the dark theater, it’s eye-opening to wonder how I would react if I were in their shoes. I think that’s one of the key things about this play – it’s going challenge you (at least it did for me).

This play is billed as visually-stunning, and I do have to agree that the set is pretty unique. It’s a grid and lights and that’s about it. There are very little props and while the play takes place in a variety of places like a backyard, on the London tube, and in classrooms, the set never changes. Yet, you never lose sense of where the characters are. It’s incredibly well done.

The play is two acts, each one lasting 60 minutes. There is a 15-intermission.

While it is a wonderful play that draws the audience into the world of one boy on the autism spectrum, it is not what I’d consider an all-ages show. Teens will certainly be able to handle it, probably tweens, though. There’s some mild cursing in the play.

I wouldn’t take my kids to it, but my high school-aged nieces? Sure.

Absolutely. This is live theater at its best. The story is great, the acting is great, plus there’s humor in it to lighten things up.

However, if you prefer your live theater to more along the lines of a light-hearted Broadway musical (which I love), this may not appeal to you.

Winner of five Tony Awards including Best Play and based on the best-selling mystery novel by Mark Haddon, “The Curious Incident of the Dog in the Night-Time” tells the story of Christopher, a 15-year-old boy with an autism spectrum condition, who sets out to solve the mysterious death of a neighbor’s dog.

There are two exhibits on display at the Playhouse to view. “The Inner Dialogue Paper Lantern Exhibit” is a collaboration with CHI Health and the CHI Psychiatric Residential Treatment Facility. More than 20 patients at the CHI Psychiatric Residential Treatment Facility have designed and constructed nearly 60 paper lanterns which represent—in visual form—the voices of the play’s main character, Christopher. These paper lanterns will be on display in the lobby throughout the run of the show. The artists are between the ages of 9 and 18.

“Adventures Art Exhibit” is a collaboration with WhyArts and the Autism Center of Nebraska. Participants at visual art workshops explored themes from “The Curious Incident of the Dog in the Night-Time” through clay, paint and collage creations. The artwork will be on display at the Omaha Community Playhouse throughout the run of the show.

“The Curious Incident of the Dog in the Night-Time”

Make a night of it! Here’s my list of favorite places to go for post-show treats in Omaha. 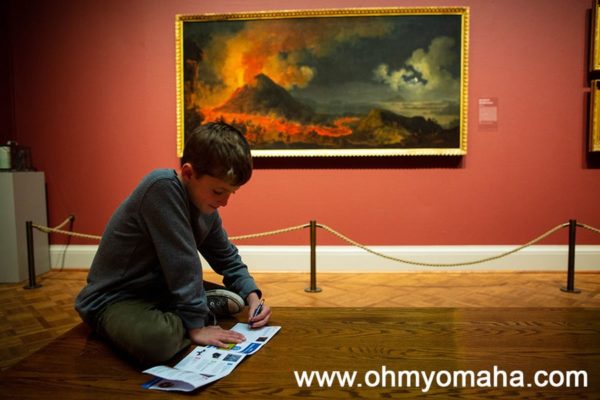