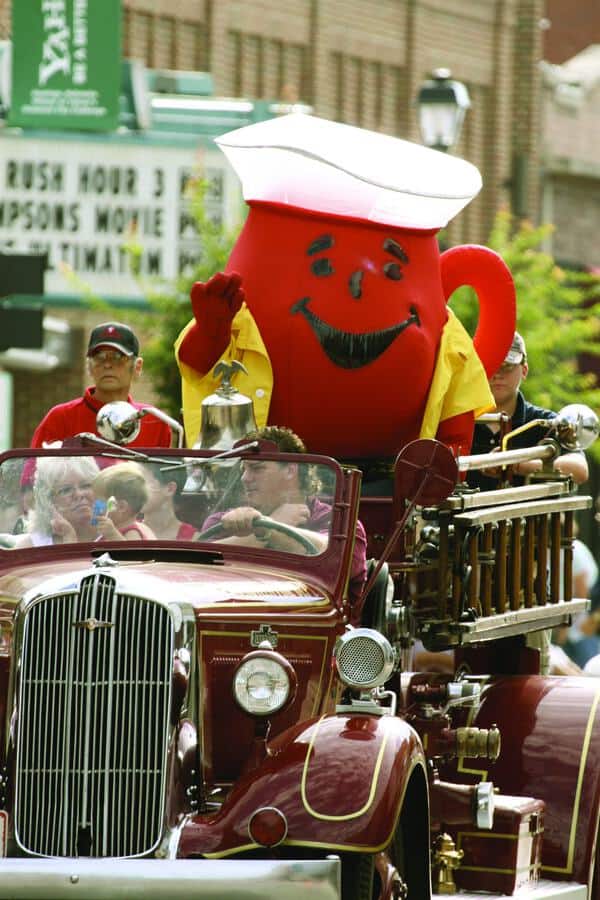 How does one even begin to list all the unique annual festivals and events in Nebraska? Well, you can’t. Nebraska has a ton of festivals. So, I created this post to include the best festivals that I think are worth the drive or are so quirky, you have to go to it at least once.

This post is divided into sections to help you narrow down your list. First, I included the biggies, the festivals that are incredibly popular that I think should be on your radar. Then, I’ve got categories for quirky Nebraska festivals, ethnic festivals and other random themes I came up with.

Finally, at the end of the post, I wrote about which part of Nebraska all these festivals are, in case you’re not sure where some towns are located on a map.

If you think there’s a Nebraska festival that should be on this list, leave me a comment or send me an email!

5 Nebraska festivals you should go to at least once

NE SciFest – For most of April each year, locations around Nebraska hold special events as part of Nebraska Science Festival. Some of geared toward kids, like Lil’ Scientist Day, some are for adults (usually involving chemistry and booze), but overall, most events are for the entire family.

NEBRASKAland Days – NEBRASKAland Days is part music festival, part rodeo. Held each June in North Platte, the weekend is packed with the usual fair events like a parade, as well as big name music acts and the Buffalo Bill Rodeo.

Railroad Days – Railroad Days celebrates the Omaha metro’s connection to the railroad (Ground Zero started across the river in Council Bluffs, Iowa). Several cultural venues and museums plan activities to celebrate, including music, mini train rides and the chance to tour each location and get up close to trains. I update the events each year on the blog.

Avoca Duck Races – On the last Saturday in January, the town of Avoca holds the annual Avoca Duck Races as a fundraiser for the volunteer fire department. Being January in Nebraska, the race is on ice. That’s right, real ducks race across ice.

Kool-Aid Days – Since Kool-Aid was invented in Nebraska, it makes sense that we’d celebrate it each year. Kool-Aid Days is held the second full weekend of August each year in Hastings, Neb., and it features an assortment of fun events and games like a Kool-Aid drinking contest, rides, and the world’s largest Kool-Aid stand.

Nebraska Prairie Chicken Festival – Male prairie chickens are known to do a pretty interesting dance to attract a mate. So, obviously, there needs to be a weekend dedicated to it. The festival takes place every April in Burwell, and as you can imagine, involves quite a bit of bird-watching.

Testicle Festival – Held every Father’s Day weekend at the Ashland restaurant, Around The Bend, the Testicle Festival is a big event. Featuring live music and a beer garden like any decent festival, with the real draw being a chance to try fried bull testicles. For the daring, you can take part in the ball eating contest.

Wilbur has a festival called Czech Days in August. It’s self-proclaimed the Czech Capital of the U.S.A. Another “capital” is the Danish Capital of Nebraska, Dennebrog, where they celebrate the town’s heritage one weekend in June during Grundlovsfest.

For a taste of Germany, Henderson is home to the German Smorgasbord every March. GermanFest is held in Syracuse in July. Okotoberfest is big in Omaha, and you can find celebrations at Crescent Moon and the German-American Society. Find other Oktoberfest celebrations in Norfolk.

For more than 90 years, Bridgeport has held an annual Greek Festival every August. In Omaha, St. John the Baptist Greek Orthodox Church puts on a Greek festival for three days every August.

There are a lot of Irish in Nebraska, so you can bet there are big Irish celebrations. What can you expect from the Irish Capital of Nebraska, O’Neill? O’Neill has a huge St. Patrick’s Day festival with the claim to fame of having the world’s largest shamrock and their own 13,410-pound O’Neill Blarney Stone. Nearby Greeley, also celebrates St. Patrick’s Day…six months in advance. The town has the Half-Way to St. Patrick’s Day Festival every September and it’s so popular, the population nearly quadruples for the day.

There’s just one festival to keep in mind if you want to experience Mexico: South Omaha’s Cinco de Mayo festival. This huge event the first weekend in May is popular and includes a very popular parade and carnival.

Nebraska has its fair share of Swedish descendants. Enjoy the Swedish Midsommar Festival in Strombsburg, Swedish Days in Holdrege or the Scandinavian Midsummer Festival in Omaha. June is the time for these Swedish festivals.

Two towns have festivals celebrating the Czech and Slovak dessert, kolache or kolach. There’s the Kolache Shoot-Out in Elba every February and the Kolach Days each June in Verdigre.

There’s a unique festival celebrating Sister Cities, rather than a single country. Each year on two Sundays in August, families can visit Omaha’s Sister Cities from Ireland, Mexico, Lithuania, Japan, China and Germany. The WorldFest is held at Omaha Children’s Museum.

Holiday Lights Festival – Christmas lasts six weeks in Omaha. The Holiday Lights Festival kicks off on Thanksgiving night with a tree lighting ceremony in downtown Omaha and a free concert at the Holland Performing Arts Center. Then events and activities are held around downtown Omaha, including outdoor ice skating, a free family festival on the first weekend of December and fireworks on New Year’s Eve.

Note: Due to construction in downtown Omaha, the tree lighting will be held in the Old Market in 2019.

O Comic Con – Celebrate pop culture and comics with fellow fans at O Comic Con. Enjoy meet and greets, demonstrations, children’s activities, and more during this two-day event. Originally, the annual event in June was held in Omaha but now it’s just across the river in Council Bluffs (but it still counts as an Omaha festival, right?).

Taste of Omaha – A festival celebrating the food scene in Omaha, Taste of Omaha is a June outdoor event with vendors, live music, and demonstrations. It’s not unusual for it to take on a carnival atmosphere, as there are typically some rides, as well.