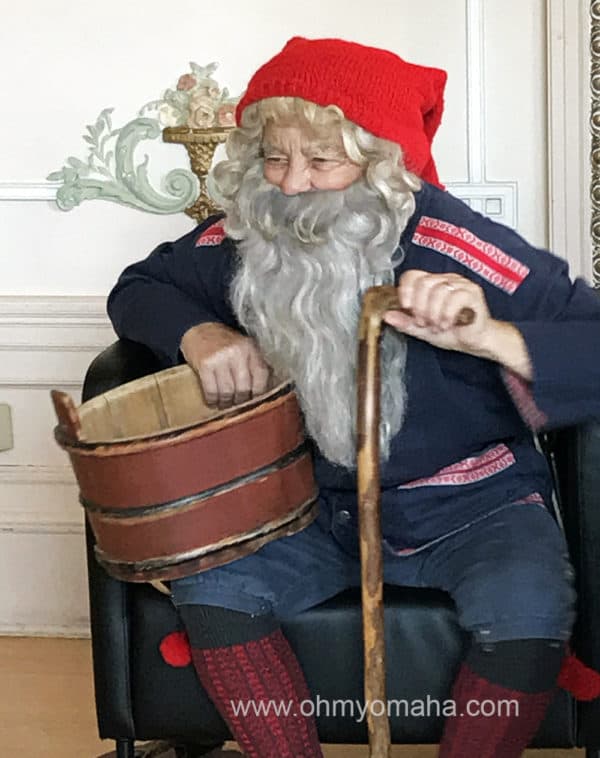 While everyone’s flocking to the beach when the weather gets cold, I’m taking the family up to Minnesota for fun holiday weekend. One of the reasons I chose the Twin Cities area to explore is the American Swedish Institute. It’s not because I’m Swedish (I’m only partly), it’s because the place is a castle.

Note: This post was first published in 2017 and has been updated with 2019 event information.

Or looks like one. Doesn’t matter. I knew it would be a hit with my castle-obsessed son.

As luck would have it, we visited on the first weekend of December when ASI was hold its Julmarknad, a Christmas market with live music, Swedish treats, make ‘n take crafts, and lots of shopping opportunities. Disclosure: Our visit was complimentary so I could write about it.

From the beginning, the Julmarknad was not like any other holiday festival I attended. As we waited in line to enter, we were given some gingersnap cookies called pepparkakor and told about the tradition of Wish Cookie. If you end up with three pieces, your wish would come true. Meanwhile, we learned about a huge Swedish horn.

Then we were swept inside with all the others. There’s a lot to see and do at the Christmas market. I should’ve had a better plan of attack, but I just wanted to soak it all in.

My kids enjoyed the activities, like making a Lucia crown and the trying the fiskdamm, a little fish pond game where they won a bag of candy.

They reluctantly met Tomte in the mansion salon, as well, since he too had candy. Tomte is a mythical Nordic creature associated with Christmas, and may be a little frightening to the uninitiated. They survived and got their candy.

Another fun stop for families is on the third level of the mansion: Ulla’s Bakery was a kids play area. The play area is there year-round, not just for this festival.

We cruised through the mansion, and eventually made our way to one of the halls where they had a bake sale and were serving glögg (mulled wine), for an extra fee. My daughter opted for the safe choice of chocolate chip cookie, while the rest of us tried the kringla.

Temporary exhibit at the museum

When we visited the American Swedish Institute, there was a temporary exhibit. Various rooms in the Turnblad Mansion were decked out in displays of customs and traditions from the five Nordic countries of Sweden, Norway, Denmark, Iceland and Finland.

Even if there isn’t a holiday display there when you are visiting, I recommend exploring the mansion.

And, don’t skip walking around outdoors. You won’t find lights strung up all around it, no, but it’s a pretty castle to see (in my kids’ words).

If you go to Julmarknad

Want to plan your own Great Minnesota Weekend? You can get some inspiration from my Roseville & Twin Cities Bucket List now, or check out these upcoming posts:

A Perfect Weekend Itinerary For Minneapolis

What Young Kids Like At Science Museum Of Minnesota

Where To Stay When Visiting The Twin Cities

1 thought on “Christmas At American Swedish Institute {Updated For 2019}”