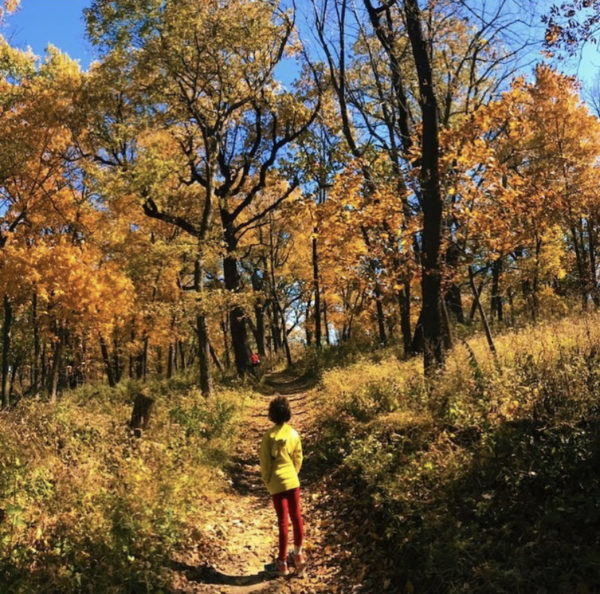 If you’re looking for the best pumpkin patches, corn mazes, apple orchards other fun places to visit or things to do in Nebraska this fall, this is the list! I’ve included some destinations in Iowa for fall activities that are manageable for autumn day trips, too.

This post was first published in 2017 and updated in 2019 to reflect business closures and new things to do in the fall.

Below are some of my favorite things to do in Nebraska every fall. I crowdsourced to fill in what I may have overlooked. Tips came from the Oh My! Omaha Facebook page, Omaha Area Foodies Facebook Group, and Midwest Travel Bloggers. Leave a comment with your favorites!

Orchards and pumpkin patches in Nebraska

– Pick apples at an orchard. Some of the closest apple orchards to Omaha are Ditmars Orchard in Council Bluffs, Iowa, and Trees, Shrubs and More in Bellevue, Neb. Other places to go include Martin’s Hillside Orchard near Ceresco, Neb., and Kimmel Orchard in Nebraska City.

– While you’re at the orchards, you have to try some of their apple specialties. I love Ditmars’ fresh apple cider donuts. You might also like their fried apple pie there. Other items to try: Kimmel’s apple wine and Union Orchard’s caramel apple pie (both located in Nebraska City).

Go to Iowa for more day trip destinations like: Bloomsbury Farm and Wilson’s Orchard in Cedar Rapids; Enchanted Acres in Sheffield, Iowa (shared by Corn, Beans, Pigs and Kids); or The Pumpkin Patch in Winterset, Iowa (shared by Olio in Iowa). Sioxland Families shared a big list of pumpkin patches around Sioux City, too.

– Spend the afternoon at an Oktoberfest celebration in Omaha. Popular ones are at Crescent Moon and the German-American Society.

– Go to a “for real” haunted place. One of the closest to Omaha that I know of is that is reportedly haunted is the Squirrel Cage Jail in Council Bluffs. Here are five of Iowa’s spookiest, according to Olio in Iowa. If you’re brave, head to Villisca Ax Murder House in Villisca, Iowa.

– Explore Arbor Day Tree Adventure in Nebraska City. We pretty much do this every year to see the trees change. We head to the Arbor Day Farms Tree Adventure first for a hike and then order the apple pie a la mode at the restaurant on the property.

You can pair a trip to Arbor Day Tree Adventure with a stop at one of the apple orchards near Nebraska City. Two to visit are Kimmel Orchard or Union Orchard.

– Have a bonfire. Get a group together to do the hayrack ride and bonfire at Shady Lane in Council Bluffs, Iowa. Having s’mores on the menu is a must.

– Attend a fall festival. Recommended ones include the Applejack Festival in Nebraska City and Applefest in Woodbine, Iowa.

– Go to a Halloween event at a Nebraska State Park. The parks in Nebraska go all out for Halloween, and many have events every weekend in October. In eastern Nebraska, check out Trick-or-Treat at the Town and Haunted Hollow at Indian Cave State Park in Shubert and Hallowfest at Ponca State Park in Ponca.

In western Nebraska, Buffalo Bill State Historical Park in North Platte has Dusty’s Pumpkinfest at the Cody’s and Haunted History with the Codys.

– Take the kids to an Omaha Halloween event. There are no shortage of events in Omaha each year, but some of my favorites include Omaha Symphony’s “Symphony Spooktacular,” Omaha’s Henry Doorly Zoo & Auqarium’s NEW Ghosts & Ghouls event (check out this video of the huge lanterns!), and Omaha Children’s Museum’s Cobweb Castle. All are great for my little ones, because they’re low on scares.

– Carve a pumpkin. You can take part in a big pumpkin carving event during Omaha’s Great Pumpkin Festival. It is typically the last Saturday in October and everyone’s carved pumpkin gets added to a tree of carved pumpkins.

– Taking a fall hike. A recommended trail from a reader: Papio Trail. Here are seven of my favorite trails near Omaha, including Fontenelle Forest (pictured) in Bellevue.

– Drink apple cider. One of my favorite places to get on-site pressed apple cider is at Arbor Day Farm’s little restaurant in Nebraska City.

– Take a brewery or winery tour. You could also grape stomp (something I’ve tried, but I actually do not recommend. One word: bees).

– Visit a farmer’s market for the fall bounty of produce. One foodie said she makes zucchini bread with the last of the giant squash everyone avoids. Omaha has a few farmer’s markets each fall and you can find their locations and dates in the section for on-going events in this event post.

Your turn: What are your favorite fall activities in Nebraska or Iowa?

4 thoughts on “20+ Things To Do In Nebraska This Fall”