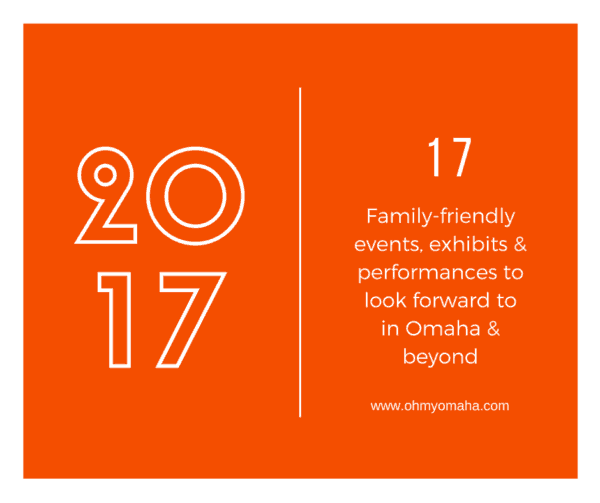 2017 is going to be an awesome year for Omaha families. This list of family events will get you through summer (check back for the fall and winter edition later!).

Here are some exciting things to look forward to: 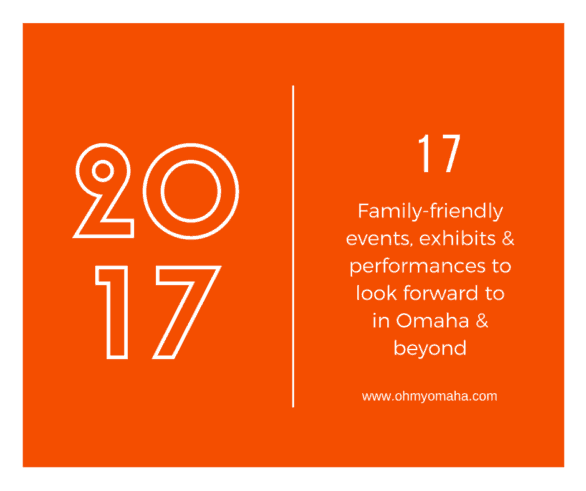 Whether it’s theatrical, musical or on ice, there are several Omaha venues with some great family shows in the first half of the year. Here are the highlights:

– Broadway touring production of “The Sound of Music,” Jan. 24-29, at Omaha’s Orpheum Theater

– “Disney on Ice: Worlds of Enchantment,” March 16-19, at Mid-America Center, 1 Arena Way, Council Bluffs, Iowa (Kim’s note: Previously, the ice show was “Ice Age,” but that is no longer on the arena’s calendar)

– “Disney’s Beauty and the Beast,” May 26 through June 25, at Omaha Community Playhouse

This is a broad category since it’s hard to fit botanical gardens with an arena, but I’ll try. Here are the highlights of some events happening at Omaha museums and other cultural attractions:

– “Nature Connects: Art with LEGO® Bricks,” Jan. 14 through May 15, at Lauritzen Gardens

– “Dinosaur Safari,” May 27 through Sept. 3, at Omaha Children’s Museum

Feel like hitting the road for an overnight in another city? Here are some destination events to consider with for the family:

– “Roald Dahl’s Matilda the Musical,” May 31 through June 3, at Lied Center in Lincoln, Neb.

– “Garfield: The Musical With Cattitude” June 20 through Aug. 5 at The Coterie Theatre in Kansas City, Mo.

– “Harry Potter and the Sorcerer’s Stone” In Concert June 21-24 at Kauffman Center in Kansas City, Mo.

– Nebraska State Fair, Aug. 25 through Sept. 4, at the State Fairgrounds in Grand Island (if your kids loved “Pirates and Mermaids: Voyage to Creature Cove” at Omaha Children’s Museum, they can see the sea creatures at the fair)

Your turn! What events are you looking forward to in Omaha & beyond?