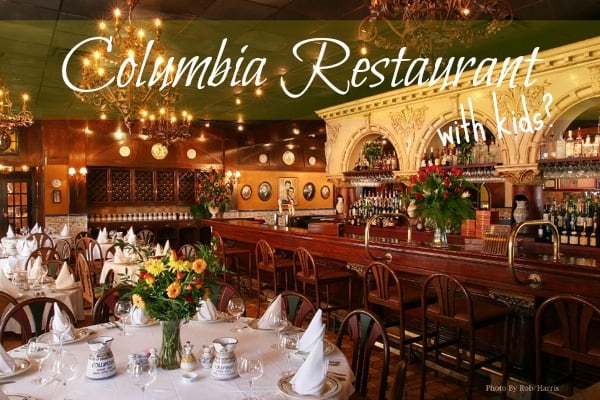 When you hear a restaurant is the oldest in the state, you kinda want to check it out, right?

They must be doing something right.

That’s how I was when I came across Columbia Restaurant in my  thorough research on good places to eat in the Tampa area.

Disclosure: I was provided a media rate to dine at Columbia Restaurant and write a review about it. We were also provided complimentary tickets to the Flamenco Show.

It kept coming up on lists, and even mentioned by Chowhound users who never bow down to touristy spots.

Named an All-American Icon by Nation’s Restaurant News, one of only 50 restaurants chosen for this honor.

Named to Florida Trend Magazine‘s Golden Spoon Hall of Fame the industry’s highest regional award as “One of the Top 25 Restaurants in Florida.” Named “One of Florida’s Top Restaurants” since 1967.

“If you cherish your palate, visit the Columbia. Try the Paella “A la Valenciana,” the Snapper “Alicante,” and the Pompano en Papillot. Relish the black bean soup and fried ripe plantains. And with every iota of conviction you possess, order the flan. Made in the Cuban style with sweetened condensed milk, this evanescent egg custard tastes like a dream from which you hope to never awaken.” Southern Living

“Folks seek out this landmark for its live music and flamenco dancers and its rich history – co-owner Richard Gonzmart’s great-grandfather founded it to feed local cigar-rollers in 1905. The Cuban sandwiches are melty masterpieces; the 1905 salad, a citywide obsession. According to illustrator Lynn Pauley, who has a house in southern France near Spain, the paella is the real deal.”Every Day with Rachael Ray, – November/December 2005

But you wonder, Kim, that sounds kinda fancy. How do kids do at a restaurant like Columbia? I’ll get to that.

A little primer about this wonderful restaurant first

– The place is huge. There are 15 dining rooms in Columbia!

– The food is Spanish and Cuban cuisine. I got some recommendations on what to order (not just from the above quotes but people I know), particularly the Paella “A la Valenciana,” the world famous 1905 Cuban salad and the white chocolate bread pudding. We ordered all of those, and it Aye Dios Mio, it was so good, particularly that salad. And while I was stuffed from dinner, I couldn’t stop eating the bread pudding.

– There are two Flamenco dance performances a night six nights a week, as well as live jazz Tuesdays through Saturdays from 8 p.m. to midnight.

My large group of four adults and four kids under 5 booked a table for the Flamenco show on a Saturday night. When we arrived, there was a bridal party taking photos out front, and approximately 405 families walking in to celebrate anniversaries, birthdays and reunions (and a prom party thrown into the mix).

Did we feel out of place, dressed like tourists in our sandals and shorts?

I’ll get it out of the way, so you’re not sitting here wondering: Yes, there is a kids menu, and a pretty reasonably priced one. The kids weren’t adventurous and they stuck to mac and cheese, mostly, but all four did devour the warm loaf of bread delivered to each of us at the beginning of our meal.

I ordered Columbia’s Original “1905” Salad® with the intention of splitting it halfway through the meal with Mr. Wonderful, who ordered the Paella “A la Valenciana.” I’d come across the salad in a list by USA Today, who named it on a list of “10 Great Places to Make a Meal Out of a Salad.”

Our friends did the same thing, but ordered an appetizer as well.

Did I share my Top 10 salad? Reluctantly. I didn’t want to hand it over, nor was Mr. Wonderful giving up the paella without a fight.

It was a hopping Saturday night and dinner took some time. Luckily, between the bread and the diversion of the dancing, it wasn’t an unbearable wait with the kids. They did get a little antsy after they finished their food and we were still working on ours, but they could be forgiven after about two or so hours of behaving.

This is a Spanish restaurant, so I was thinking, “Hey, let’s order the sangria!”

So we ordered a pitcher of mojitos. Our waiter made the pitcher at the table. It’s a nice little touch, though I dare say the mojitos were not packing much of a rum punch.

Go the extra mile and get tickets to the Flamenco Show. It’s worth the cost, even with kids. It’s $6 extra per person, and for that price, you get a 45-minute fiery performance of dance (with a stunning male vocalist performing at the end). 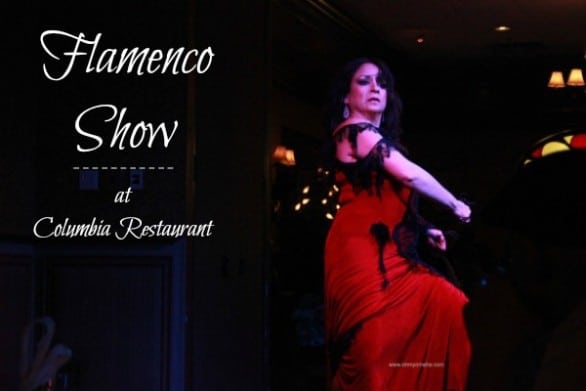 Plan on having dinner and this show be your entertainment for the evening, though, if you’re bringing kids. It’s not a short affair.

The two older kids, both boys and 5 years old, sat still for most of it, and even did a little imitation foot stomping once the show ended. I’d say they enjoyed it.

The younger two kids, both girls and 3 years old, were tougher critics. The music was too loud to them, and they started to lose interest midway through. 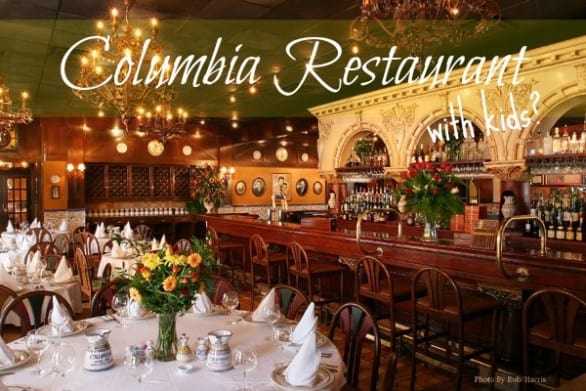 I say, by all means, do it. Few of us have the luxury of traveling with a sitter, so rather than miss out on this gem of a restaurant, bring them along. They have a kids menu, so it’s not like they aren’t ready for your little ones.

The Flamenco Show is something unique enough to surprise them and foot-stompy enough to delight them. And the pretty dresses are fun to look at.

Is it more of a date night place than a family restaurant? Totally. If it’s just you and your significant other on a weekend getaway to Tampa Bay, you’ll have a nice evening gulping your sangria and fighting over the last scallop in the paella.

Columbia Restaurant – Ybor City is the original ((there are several other locations).

Thinking of flying your family to Tampa? Check out our two-day Tampa Bay itinerary! We crammed a lot in, which I actually wouldn’t suggest. Mix and match my recommended places to see:

I also wrote about the Allegiant Air direct flight from Omaha to the Tampa Bay area, so check that out, plus if you need a hotel suggestion and you L-O-V-E food and pampering, read my post about Epicurean Hotel in the beautiful Hyde Park area of Tampa.