Posted on Published: May 22, 2021 Categories Nebraska

Tanking is becoming one of those summer pastimes that’s becoming as prevalent as horseback riding in Nebraska. You kinda have to do it at least once. And those that love it, seem to really love it.

I’m feeling a little less than 100% Nebraskan since I’ve never tanked, but I hope to someday. I had a bad experience on a tubing float trip and ever since, I’ve been anxious about going paddle-less down a river. Still, I’m game to try it. I’ve canoeed many summers down the Niobrara River. I’ve even kayaked at midnight and tried yoga SUP at dusk, so I’m not completely terrified of water.

So, before I climb into a livestock tank and float down a river with some friends, I figure I should investigate what exactly is tanking and ask the experts a few questions.

All it requires is a group — be it your family or bunch of friends — plus a livestock water tank, and a river to float on. A tank typically holds three to six adults. Don’t expect to do much paddling, so it’s a lot more laid-back than a canoe or kayak float.

The tanks, which measure seven to nine feet across, are practically unsinkable.

When an outfitter gives an estimate time for how long a float trip will take, it is just an estimate. Many people may stop on a sandbar to hang out for a while and that will always add on time.

What should you bring on your first tanking trip?

I contacted a few experts for help in writing this, and by experts, I mean tanking outfitters who’ve seen enough to know what to do and what not to do. Thanks to Steve at Tanking Down The Elkhorn and Cay from Sandhill River Trips.

What not to bring tanking?

While you may have heard that Nebraska has the most river miles of any other states, any quick Internet research will reveal the real truth. Nope, this state is not No 1. Still, we have a lot of waterways, especially for a landlocked state.

Nebraska does have its fair share fo striking river ways, though. According to the National Wild and Scenic Rivers System, we have about 197 miles considered “wild and scenic.”

Omaha friends, I’ll tell you, the closest river where you can tank is the Elkhorn River. The rest are I’ve found so far are more central and west of here. My list, so far:

Since live stock tanks aren’t a typical household item — well, the kind that are outfitted with chairs and a table — so you’ll want to find an outfitter to rent you the gear.

Float trips are down the North Platte River.

Find a hotel in North Platte

Float trips are on the Niobrara River.

Note: Little Outlaw started out in 1992 by offering just canoes and tubes, but has expanded to include tanks and kayaks.

Find a hotel in Valentine

Float trips are down the Middle Loup and Dismal Rivers.

Note: This outfitter has a nice partnership with the Ewoldt’s Grocery in Thedford – it’s where the shuttle picks you up and drops you back off. Stock your cooler at the store before you leave, and according to the outfitter, you can call ahead and they can have your order filled for you when you show up.

Float trips are on the Cedar River.

Find a hotel near Fullerton

Float trips are down the Calamus River.

Find a hotel near Burwell

Float trips are on the Cedar River.

Note: Crazy Rayz hosts an annual River Bash with live music at the end of May.

Float trips are on the Elkhorn River.

Note: Weekdays will be cheaper than the weekends (except holidays), and there’s a special price for shorter Friday Night Floats.

Find a hotel near Elkhorn 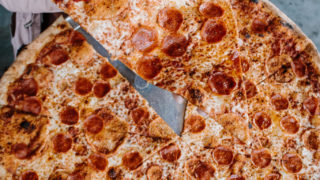 Previous
8 Kansas City Restaurants You Don't Know About But Should
Next
6 Funny Father’s Day Gifts He’ll Actually Like
Click here to cancel reply.

So how do u get back to point A and get the tank back there? How do u know where to exit the river??