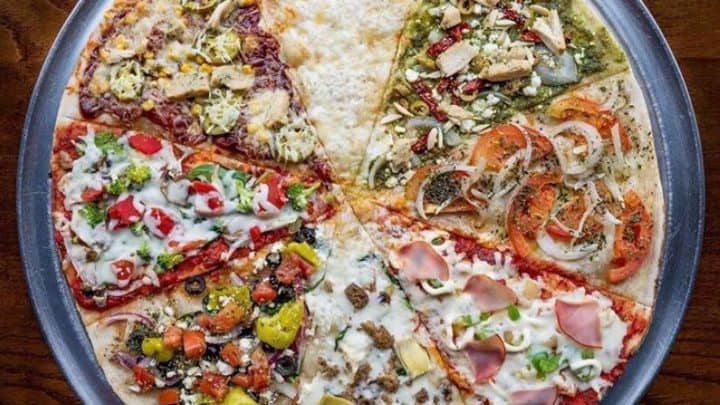 Picking the perfect pizza place can be a perplexing problem. People have prominent preferences and particular palates. Lincoln has a plethora of local fabulous pizza places to please even picky patrons.

Five of the most popular pizza places have been around for at least 25 years. These locations have served up many pizza memories for Lincoln families. Here they are presented from oldest to youngest.

Kim’s note: This post was written by my friend Gretchen, who’s my source for Lincoln, Nebraska, recommendations. She recently recommended a bunch of great Lincoln breakfast restaurants.

In the late 1950s, Valentino’s Italian restaurant started serving pizzas made from family recipes at their East Campus location. From the beginning, standing in line over an hour to pick up a pizza was not uncommon.

While Valentinos has gone on to add the grand buffet and many additional offerings, pizza is definitely what started it all. Valentino’s is known for its jumbo pizzas.

One of their most popular pizzas is their special which includes hamburger, ground Italian sausage, pepperoni, honey-cured ham and fresh mushrooms.

Kal and Darlene Knudson started their family pizza business back in 1978. They wanted their grown children to continue to connect with each other. Pontillo’s Pizzeria opened in downtown Lincoln at 13th and Q streets.

Today the various members of the Knudson family run the five daVinci’s Pizza locations as well as Champion’s Fun Center. Some of their creative
pizza flavors include chicken cordon bleu as well as the Mona Lisa, a pepperoni, hamburger and pepperoncini specialty pie.

Where: 2740 South St., Lincoln, Neb.; carry-out and delivery are available while dine-in is temporarily halted.

Back in 1982, Piezano’s opened up in the Near South neighborhood. Dick and Diana Burner used their grandmother’s recipes to create signature dishes. Besides their signature Neopolitan thin crust, they also offer an extra thin crust and an original one.

They have multiple sauces and toppings available that includes broccoli, potato and shrimp. What might be considered their signature pizza is a spicy pepperoni with cream cheese.

I made a similar list with the best pizzas in Omaha. I bet you’ll find a new place to try this week!

The next two locations both opened up across the street from each other back in 1993. Although they were downtown Lincoln competitors, they also supported each other. And each place made the other place a bit better.

Lazzari’s Pizza started serving slices in downtown Lincoln back in 1993. They were a popular lunch destination, and, ultimately, decided they wanted to serve families rather than the late-night crowd. Currently, they only have a south location.

Lazarri’s is also known for having creative pizza toppings. The Randy Ross, a spicy chicken, cream cheese, and pepperoni pizza, is their specialty. Their many creative flavors include crab rangoon, baked potato and their
Southeast Special, which adds artichoke hearts and tomatoes to the Randy Ross variation.

Yia Yia’s Pizza & Beer opened their downtown location on Oct. 8, 1993. At the time, the original owners lived up above the restaurant. With the exposed brick walls and historic feel, this location has always had a lot of ambiance.

Yia Yia’s serves up variety. With seven sauces, 19 vegetables, four fruits/nuts, eight meats, and nine cheeses, the servers have calculated that there are 3 million possible combinations.

In case that is too much thinking for you, they do have suggested combination kinds that include “The Greek” and “The Polynesian.” Another popular option is their cauliflower crust – a healthy option for those who need to eat gluten-free.

(P.S. Thanks to longtime server Ingrid for helping me out with this one!)

Gretchen Garrison has been dining in Lincoln all of her life. She has written three books, 100 Things to Do in Lincoln Before You Die, A History Lover’s Guide to Lincoln and Detour Nebraska: Historic Destinations and Natural Wonders. 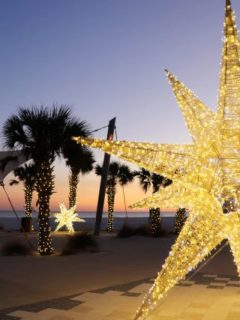 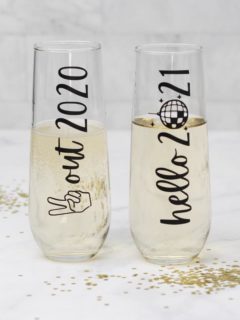 Next
Funny Gifts That Say You're Glad 2020 Is Over
Click here to cancel reply.