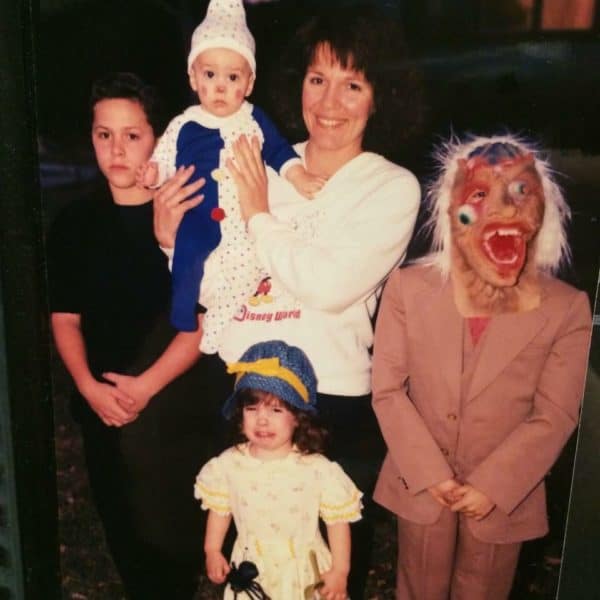 There’s usually a great music-based show at Omaha Community Playhouse each summer. The music is familiar, the local performers is phenomenal (Example A: Last year’s “Rock Twist” with Billy McGuigan). This year, the show is “She Rocks: The Women of Rock” and the star is Tara Vaughan. Vaughan has been in McGuigan’s band for six years and this is first time having a summer residency at OCP! “She Rocks” runs June 13-30, 2019 and tickets are available now.

Disclosure: This post is sponsored by “She Rocks: The Women of Rock” and Rave On Productions. All thoughts, opinions and typos are my own.

To Vaughan, “She Rocks: The Women of Rock” is more than simply a show celebrating female singers and songwriters from the 1960s, 70s, and 80s. Vaughn’s inspiration for “She Rocks” comes from her Mom, LeeAnn. LeeAnn not only helped share the show, but she also remains a constant source of encouragement as Vaughan prepares for her first residency at the Omaha Community Playhouse before taking the show on its maiden tour across North America in the fall.

Vaughan shared with me her thoughts on her mother just in time for Mother’s Day. Enjoy!

As a little girl growing up in 1960s South Omaha, my mom would wrap herself in a bath towel, pretending it was an opulent evening gown, and sang the hits of Diana Ross and Petula Clark to the dolls and stuffed animals she’d lined up on her front porch. Did she see a little of that child in me 30 years later as I’d clomp around the living room in her high heels, singing Paula Abdul for her and my dad? Now another 30 years behind us, does she feel a twinge of that child again as she watches me onstage? She’s my biggest cheerleader, so it’s very easy for me to conjure up a mental image of her in the audience; nervously biting her lip, silently mouthing along the words to each song and probably internally praying I won’t make a joke
too awkward for this crowd.

As I developed my stage show “She Rocks,” I knew that I wanted to pay tribute to the women who have inspired me. I wanted to play the songs that have been the soundtrack to my life, and tell stories of the women who performed and wrote those songs, overcoming odds and adversity to be voices for women everywhere in a male-dominated industry. So sure, “She Rocks” is about Carole and Aretha and Stevie. But for me, it’s also about the original rock goddess in my life. She may not have the gold records or Grammys of some of the other women I pay tribute to, but LeeAnn Vaughan is a total and complete badass.

In addition to raising four of us kids (no easy feat; somewhere in the Omaha World Herald archives is a photo of the three oldest of us proudly sporting synchronous broken right arms), my mom is a science teacher for Omaha’s public schools. After going to college in her 30s when she felt a calling to education, she became a pioneer in the field, developing Nebraska’s first biotechnology program for high schoolers at Omaha North and the Air and Space Academy at Burke. She’s been recognized nationally for her teaching,
earning the Christa McAuliffe Prize for Courage and Excellence twice, receiving the Presidential Award for Excellence, and even being invited to join a NASA flight to observe infrared astronomy.

I haven’t gotten to learn physics or rocketry from my mom like some students, but she’s taught me so much. She’s shown me by her example that each day brings a series of rich moments to relish, each set of challenges a set of lessons worth learning, and each stranger in line at the grocery store, a new potential friend. She’s shown me to be at once fierce and vulnerable, in love with all the beauty that this world has to offer and angry at its injustices, bold and defiant but ferociously loving. She’s shown me that all of these things, all these gloriously vexing parts and pieces, are what it means to be a woman.

My mom has had a big hand in “She Rocks,” planting the seeds of its set list as she cranked KGOR in our family minivan, and putting the final touches on it as I modeled different hats options for her, asking “Is this one too hipster?” She has shaped and inspired me immeasurably, and I hope that when she sings along with me to “Downtown,” she’s taken back to that little girl on the front porch, wrapped in a towel. Happy Mother’s Day, Marm.

About ‘She Rocks’ & Tara Vaughan

“She Rocks: The Women of Rock” celebrates women artists and songwriters of the 1960s to the 1980s, woven together with songs and stories. Backed by an all-star band, Tara Vaughan performs music from artists like Janis Joplin, Linda Ronstadt, Aretha Franklin, Blondie, Heart, and many more. In this unique review, Vaughan masterfully presents an evening of classic rock and roll with the focus on female artists and songwriters.

Vaughan’s influences can be heard throughout the show. In her vocal style, you can hear echoes and influence of legends like Patsy Cline and Sam Cooke. Her abilities on the piano are strongly influenced by rock icons like Carole King and Elton John.

A graduate of Tufts University, Vaughan is a singer-songwriter who has independently released three albums, the most recent of which, “Dandelion Wine,” was nominated for several Omaha Entertainment and Arts Awards. Vaughan’s extensive touring history has lead her to open for such artists as Lifehouse, Ben Kweller, and James McCartney. Most recently, she has been touring internationally with “Billy McGuigan’s: Yesterday and Today: The Interactive Beatles Experience,” “Rave On! The Buddy Holly Experience” and “Rock Twist.”

“She Rocks: The Women of Rock”