Orange City, Iowa landed on my radar after its annual Tulip Festival was mentioned in a conversation earlier this year. The more I looked into the festival — tulip gardens, the Dutch letters, the volksparade — I made up my mind to go see it this spring. So I did (and it was fun). But, there’s more to the town than its tulip festival, so read on for more things to do in Orange City, plus my recommendation on which hotel to stay in.

Disclosure: My stay was hosted by Orange City Chamber of Commerce. All thoughts, opinions and typos are my own.

Things to do in Orange City

Windmill Park – This beautiful little park has a charming garden with a little water feature and, no surprise, a windmill or two. If you’re traveling with young kids, this park has a great playground, too. In the summer, the Orange City Arts Council has free performances in Windmill park every Wednesday, as well as games and a treat. 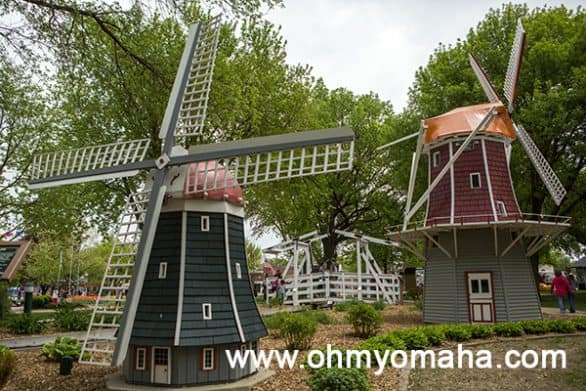 Windmill City in Orange City has a picturesque walking path, as well as a playground and bandstand.

Shop City Centrum – The local shops around the City Centrum have a lot of good finds. I was too busy scoping out the festival to do much shopping, but I wanted to venture into Craft Central, where they have crafts (obvs) as well as Dutch souvenirs. Additional shops that were recommended to me, and thus, I’m sharing with you: Hands Around The World, handmade items from around the world, and Next Door Boutique. 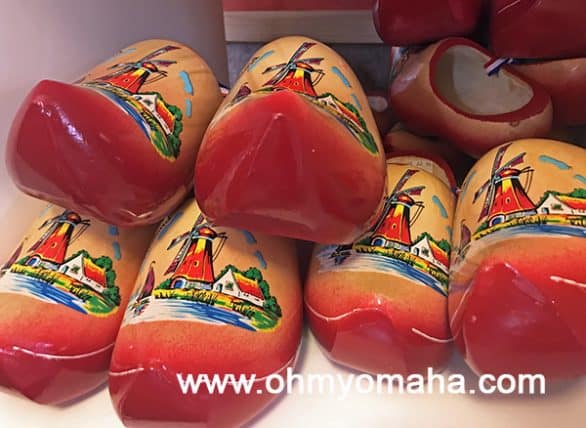 Walking tour – The free downtown Orange City walking tour is divided into two parts: Windmill Park and the city’s Centrum. Download the walking tour here. The famous tulips you’ll see in Windmill Park, by the way, are replaced by annuals when not in season.

Orange City Municipal Aquatic Facility – Here’s the place to cool off at during the summer. In addition to the pool, there are some water features for kids to play in.

Try Dutch treats – In the Midwest, if a town is known for its Dutch heritage, it’s an almost sure bet that there are some Dutch pastries sold there. Little White Store is the place to find poffertjes, which look like little pancakes. I found Dutch letters at the Dutch Bakery.

Wonder no more why they call these things Dutch letters. I got this one at The Dutch Bakery in Orange City. Photo courtesy Kevin Reiner

Pumpkinland – This seasonal attraction has a pumpkin patch and corn maze.

Windmill visitors center – This is one giant photo opp, as well as serving as a helpful starting point to exploring the city. If you stay at the Hampton Inn, you pass it frequently. If you’re not, it’s good to know that this is not located in the Centrum.

Where to stay in Orange City 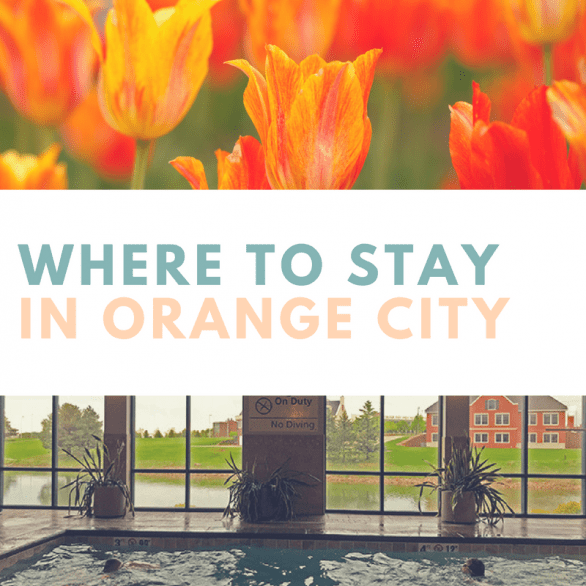 I touched upon the Hampton Inn during the Orange City Tulip Festival earlier in May. Here’s why I recommend it:

Comfortable rooms – My family of four slept well during our stay, and my husband and I were able to get some work done in the room. There was a mini fridge in the room, which is helpful for leftovers or if one happens to purchase some local beers to sample. 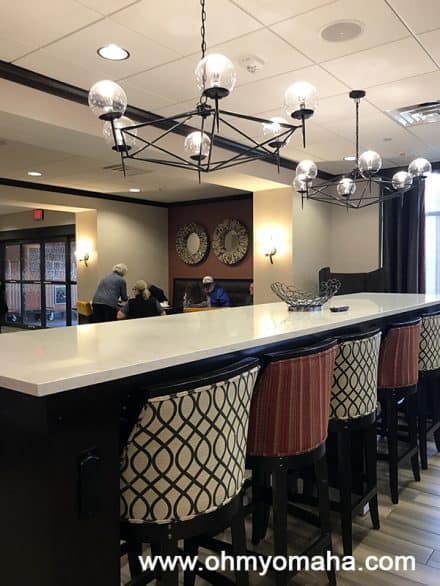 Hot, complimentary breakfast is served daily in the lobby at the Hampton Inn in Orange City.

Complimentary hot breakfast – I’ve stayed many times at Hampton Inns when traveling, so I’ve come to anticipate the variety of food offered at breakfast. The kids enjoyed the waffle maker, of course, and pastries. I tried an omelet there (not made-to-order), and the healthier, fresh options like fruit. Coffee and tea is available around the clock in the lobby.

Kid-friendly pool – The biggest hit at a hotel for my kids tends to be the pool. At this Orange City hotel, the pool is a rectangle that never gets too deep. I enjoyed the views from the pool – there’s a lake behind the hotel. 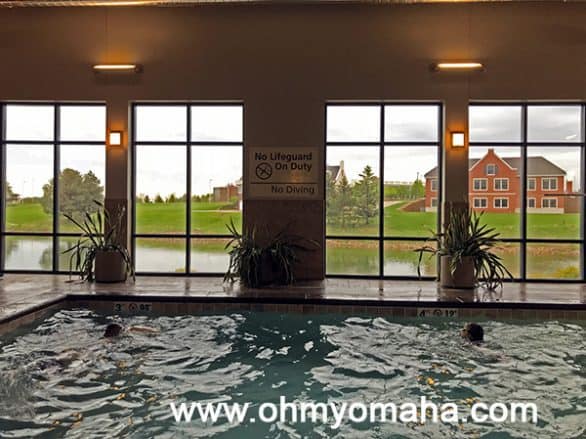 The Hampton Inn & Suites in Orange City pool had a nice view.

Location – Orange City is an easy-to-navigate town, and it took us only minutes to get to the Centrum for the festival. The hotel is also not far from the golf course and is next door to the Prairie Winds Event Center.

Orange City is located in Sioux County, Iowa. It’s about 140 miles from Omaha, most of which is via Interstate 29.

Along the way, you’ll pass by LeMars, the Ice Cream Capitol of the World. If you have time to stop, you should visit the Blue Bunny Parlor. It’s on my Iowa Bucket List, but its hours didn’t work into our road trip itinerary.

Coming from Omaha, you also past by Sioux City. I’ve written about things to do in Sioux City for couples, but after our recent pit stop, I think I’m due to write about Stone State Park and its nature center. It’s a kid-friendly learning space and there’s an easy, but lovely hike to a nature playground. If you need to stretch your legs, I recommend here (it’s not right off the interstate, but I promise the detour is worth it).

Thank you for visiting! Next time you’ll have to get some poffertjes and visit the Century Home! We are glad you came. Bill, President, The Dutch Heritage Boosters

Thanks, Bill! I plan on doing just that.

I haven't been to Orange City since I was a kid but this makes me think I should do a day trip with my kids this summer!