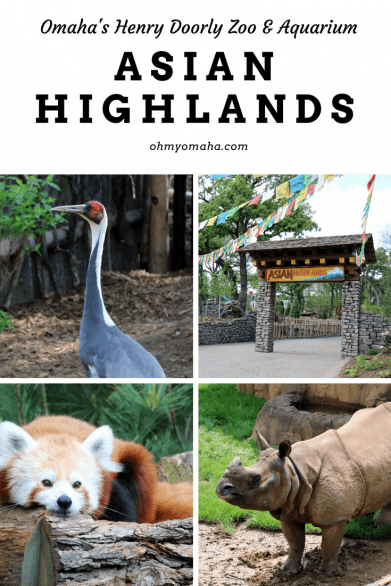 What to expect at Omaha Zoo’s Asian Highlands

Asian Highlands is opening in two phases, so with Phase I, you will encounter only a handful of animals that will be a part of the complete exhibit (which is slated to open in spring 2019). 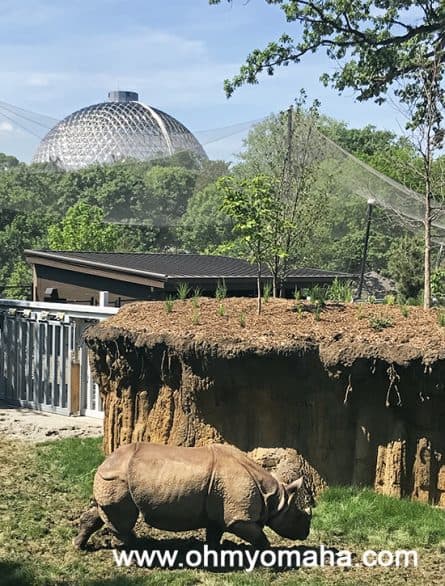 A rhino roams in the Asian Highlands, a new exhibit at Omaha’s Henry Doorly Zoo & Aquarium. 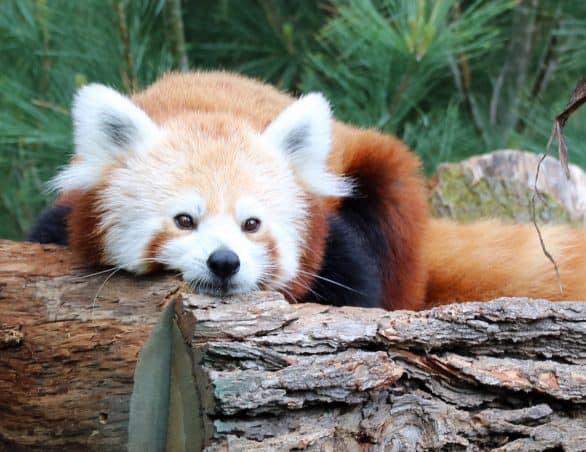 The two red pandas are the first animals to spot at the entrance of Asian Highlands. Photo courtesy Omaha’s Henry Doorly Zoo & Aquarium

They’re well adapted to live in cold environments so this will be a year-round exhibit.

Part of the charm of Asian Highlands is the story line that is incorporated into the exhibit, one where guests feel like they’re on an immersive journey through Northern India and the Himalayan Mountains.

The entryway, a replica of a temple ruin, is a nice to touch to it all. 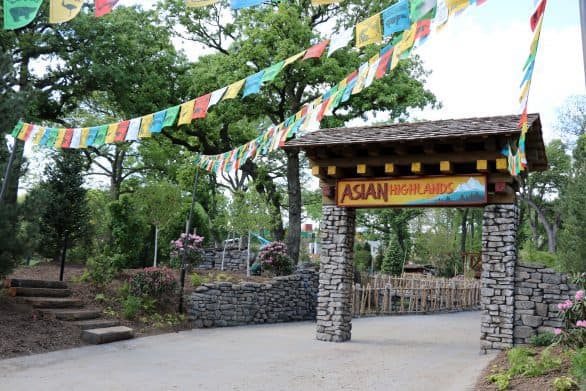 A replica of a temple ruin serves as the entrance to Asian Highlands. Photo courtesy Omaha’s Henry Doorly Zoo & Aquarium

What else should you know? First, there are no restrooms in the exhibit nor food service (yet). Those are to come in 2019.

Also, this exhibit isn’t quite complete, because it’s rolling out in phases. So if you visit now, expect the trail to be a short out-and-back. There are barricades blocking entry into the areas under construction. But, what’s to come is going to be worth the wait! 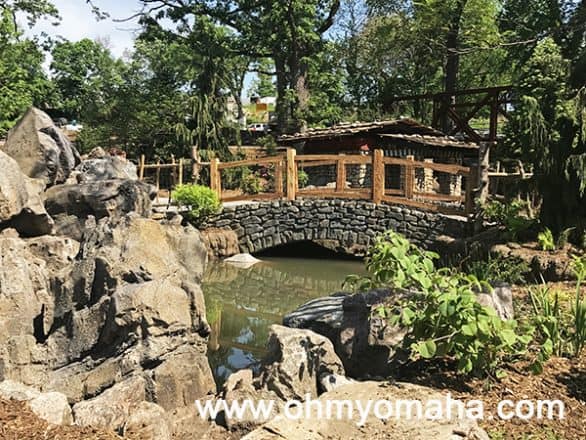 A bridge in the Asian Highlands exhibit at Omaha’s zoo.

What’s coming to Asia Highlands in 2019

I’m especially looking forward to Phase II of Asian Highlands, which should open in the spring of 2019. The expected animals that will be included in Phase II will be sloth bears, tigers, snow leopards, takin and Chinese goral. I think all families are going to love the Kid’s Discovery Trail, which was described to me as a place with rocks to climb and misters to cool people off. 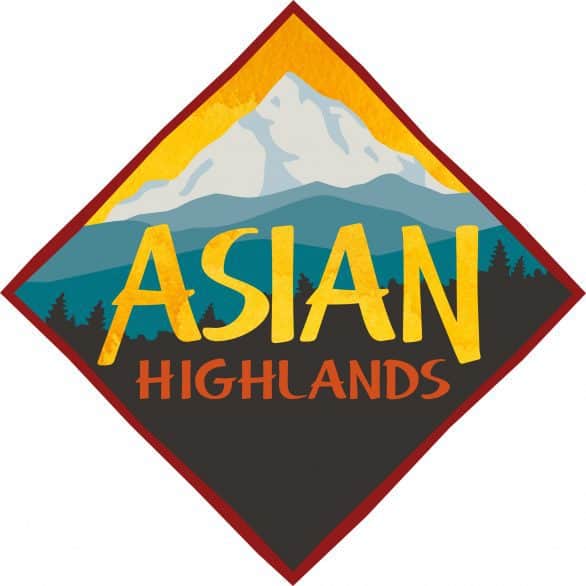