A Weekend In Amana Colonies With Kids 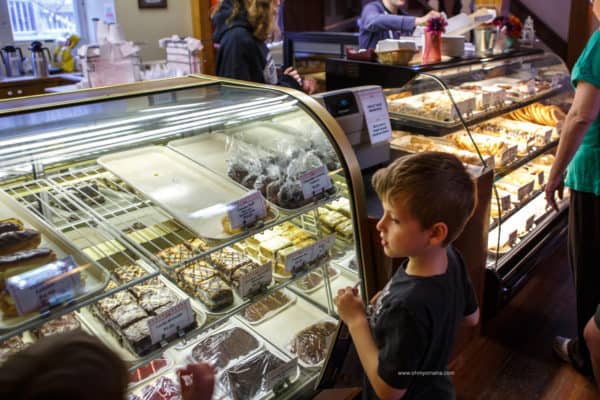 Amana Colonies is one of the biggest tourist attraction in Iowa, and being only about 3½ hours east of Omaha, it sounded like a good weekend trip for our family.

The colonies consist of Amana, East Amana, High Amana, Middle Amana, South Amana, West Amana, and Homestead. We spent the bulk of our time in Amana.

We spent two nights in nearby Williamsburg, and made several trips to the villages of Amana Colonies. You could easily do it by staying one night, but you’d feel a little rushed. And there’s no rushing things when traveling with kids.

Disclosure: My family’s stay was hosted by the Amana Colonies. The visitor’s center recommended several places to visit, and they helped me pick a weekend to visit when there was a festival.

Below, I’ll share details on where we ate, what we did and where we stayed in the Amana Colonies.

Where to eat in Amana Colonies

When researching where to eat in the Amana Colonies, there were three biggies that kept being mentioned in blogs and travel shows: Ox Yoke Inn, Ronneburg Restaurant and Colony Inn. All three restaurants are located in Amana. We made it to the first two.

All three serve family-style meals, a vestige of the colonies’ past when they had a communal way of life. No homes had kitchens back then; instead they all dined together on meals made by women in the kitchen houses.

Our first dinner on the trip was at Ox Yoke Inn, where are fantastic waitress, Rhonda, explained a bit of the area’s history and why dinners are served family style there.

We ordered the Family Banquet Feast to really start the vacation off on the right foot. It came with bread and homemade strawberry jam, two cold salads, fried chicken, roast beef, ham, green beans and the best buttery potatoes ever.

We were stuffed, but still ordered a dessert to split. They’re known for their pies, so we tried a chocolate pie.

We went back the next day to buy strawberry jam for us and for gifts. It’s that good.

Update:We never gifted the jam. We’ve been hoarding it.

We had two breakfasts in Amana Colonies: Another family style affair at Ronneburg Restaurant and a variety of pastries at Amana Colonies Bakery & Café. Ronneburg’s breakfast included some delicious Amana pancakes, so thin they were borderline crepes. The service was slow despite not being terribly busy.

Amana Colonies Bakery & Cafe was a cute little place with outdoor seating. There isn’t much for savory breakfast options, so this is for those with a sweet tooth.

Walk around Amana and you’ll find places doling out samples. I didn’t make it to many of them – you know, the whole “traveling with kids” excuse. There’s a place to taste different flavors of fudge, or if you’re a meat eater, head to our favorite, the Amana Meat and Smokehouse (don’t skip the summer sausage and beef jerky there).

A couple of our meals were not in Amana – there’s only so much family style my stomach can handle. We ventured one evening to Coralville to try some pizza at The Wig and the Pen. It’s about 20 miles east of Williamsburg.

Our other meal was an ill-fated trip to Kalona to see the Amish community. We went on Memorial Day and nearly everything was closed…save for the Mexican restaurant. This is what typically happens when I try impromptu outings.

Kim’s note: Our Mexican restaurant fiasco in Amish country is why I feel the need to overplan trips – no surprises.

What to drink in Amana Colonies

Even when traveling with kids, it’s still a nice treat to sample local wines and beers. Here’s what I tried:

For being a small town, Amana has its fair share of wineries (four), as well as Iowa’s oldest microbrewery, Millstream. Knowing that, you may think a trip without kids would be more fun to the Amana Colonies. You may be right. Still you can sample some drinks without the guilt.

If you enjoy microbreweries, don’t miss Millstream. But, if you feel weird about going to a brewery with kids, you can find the beer in restaurants in town. I tried a beer flight of Millstream beers at Ox Yoke Inn – all three were smooth, but my favorite was the Schild Brau Amber.

Iowa wines are on the sweet side. I sampled a few at the Village Winery near our hotel in Williamsburg, the Ramada Wasserbahn Waterpark. I tried dandelion wine and peach wine.

What to do in Amana Colonies With Kids

Tour the area. The Amana Colonies are a National Historic Landmark. It’s a picturesque set of towns that reflect the pride citizens have in their Amana heritage. Everything is well maintained. You might just be content wandering around a place like Amana and admiring the setting.

Or you can hop in the car.

With kids, though, a scenic car ride wasn’t going to be leisurely. We had to move with purpose.

Shopping. I use this term very loosely because there isn’t much shopping that gets done with young kids…in my experience. We shopped in a Little Red Wagon toy store, a book store and a the general store in Amana. The kids got some toys in Amana and, in Williamsburg, we got a bottle of wine and some beer.

Photography. We took gorgeous photos of the scenery. If it couldn’t be snapped in 2 minutes, it wasn’t going to happen, though.

Go back in time. We went to the Iowa Renaissance Festival held that weekend in Middle Amana.

Kim’s tip: Never mention it’s your first Renaissance Festival. You’ll be called a faire virgin for the rest of the day.

There are several festivals that harken back to another time in the Amana Colonies, including Maifest.

Play. The kids loved playing at our hotel. The Ramada had the Wasserbahn Waterpark inside, plus a wooden playground and putt putt golf outside.

Guess what the kids enjoyed the most?

The waterpark at the hotel.

Where to stay in Amana Colonies

There are several bed and breakfast options in the Amana Colonies, and a motel. However, when traveling with kids, B&Bs might not be suitable.

My kids want a pool and that’s all they ask for. Ramada Williamsburg  Hotel and Wasserbahn Waterpark delivered mightily on the pool request, though, technically, it’s outside the colonies.

We were provided two night’s stay at the Ramada plus complimentary admission to the waterpark so I can tell you all about it. It’s located about 10 minutes south of the Amana Colonies Trail, at a convenient site just off Interstate 80.

It’s a bit dated in the rooms and hallways, but that waterpark is a modern day attraction that is a lot of fun for all ages.

The hotel is ideal for families, and it also has an arcade, playground and an 18-hole putt putt golf course (give or take a hole under construction), as well as weekend movie screenings on a small screen.

If it were just me and Mr. Wonderful visiting, I wouldn’t stay here, though. This is a kid magnet. I’ve grown used to excited kids and their chatter, but vacationing couples probably don’t want to hear that.

Read my review of the hotel here.

Tips About Amana From A Mom

1. The kids did fine exploring Amana, especially places like the Amana Meat and Smokehouse where they could sample a lot of food.

Keep that in mind if you’re bringing really young ones. If you dream of pleasant strolls along a picturesque street, you’re better of taking a parents-only getaway.

2. Attending one of the festivals in the Amana Colonies can be fun entertainment. There are annual ones, even, that tie in with the Amana and German heritage (hello, Oktoberfest!). However, it does eat up a huge portion of the day.

I didn’t make it to half the stuff I wanted to on my Amana Colonies bucket list. Plus, there was a number of things not on my list that I realized I wanted to do once I was there: Rent bicycles at the Amana Colonies Visitors Center, take a culinary tour, canoe, walk a couple trail, and shop at the outlet mall in Williamsburg.

I’ll just save those things for a kid-free trip.

Start at the Amana Colonies Visitor Center at 46th Avenue and 220th Trail in Amana, Iowa.

Tip: There is plenty of parking in Amana. It’s small enough to park and walk everywhere if you’re in a regular walker.

Finding the shops: Most stores and restaurants mentioned are in Amana. The main strip is found along 220th Trail, with the Amana Meat and Smokehouse and Millstream Brewing Co. a short walk from it (north on 45th Avenue and South on 48th Avenue, respectively).

Here are a few more posts that might help you plan a trip to the Amana Colonies: 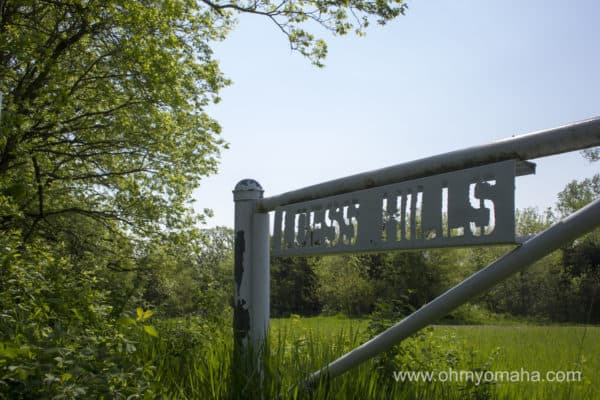 Previous
3 Places To Hike In The Loess Hills 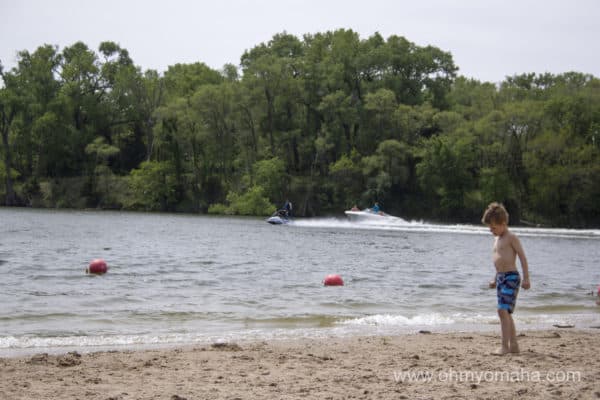 This is perfect, we’re heading there over memorial with our 4 kids, ages 6-12!

Fun! That's when we went.