Bicycles as art. Cars as masterpieces of design. Motorcycles as objects of beauty.

“Design in Motion.” It doesn’t sound like an art show – but there’s art.

And it doesn’t quite sound like a car show – but there are cars. 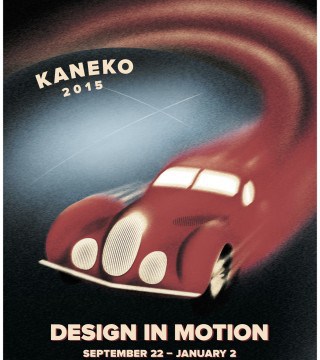 KANEKO will open an exhibit soon that presents automobiles, motorcycles and bicycles as art and wonders of design.

I talked with Michael Hollins, program manager at KANEKO, to get the inside scoop on what the exhibit is about and why families will want to check it out.

The exhibit shows that things we see everyday – bikes and automobiles – can be designed for a purpose and as well as an object of beauty. “This is really going to be displayed and explored as works of fine art,” said Hollins.

I’ll take the bait. Show me something pretty.

Talbot-Lago, which will be on display at “Design in Motion” at KANEKO. Photo courtesy KANEKO

OK, that’ll be pretty cool to see up close.

Chatting with Hollins, I developed a plan for what I wanted to check out: The upstairs gallery with its wall of bikes. There will be bikes from our childhoods, as well as sleek new ones and fancy old ones – like a 1881 bike with a front wheel twice as tall as a kid. 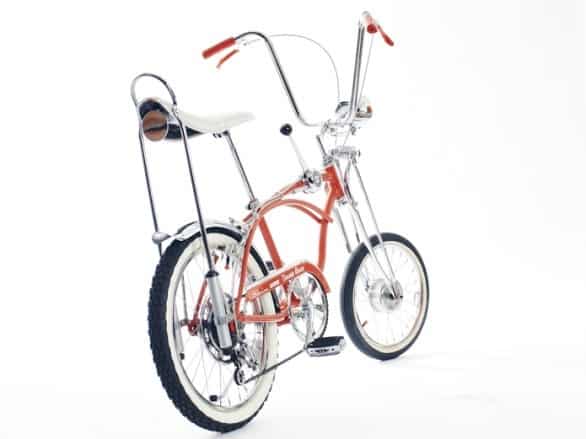 Anyone have a bike like this? Photo courtesy KANEKO

I asked Hollins for what he thought were the highlights:

– 1913 Stutz Bearcat, which he said looked more like a tank than a car.

– Cutaway model T, something he described as a dissected Model T. 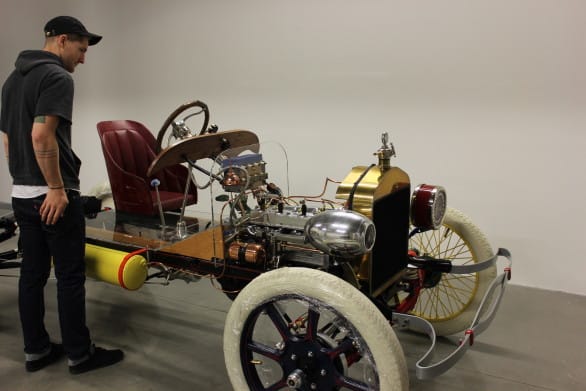 – The small three-wheel cars that are small, which were part of the micro-car boom of the 1950s.

– Really really old motorcycles (and new ones, like a 2015 BMW motorcycle)

Looking at just the photos, I’m thinking, YES, this stuff looks so cool, and I’m not even a gear head. But I asked Hollins is kids will anything interesting in the exhibit. 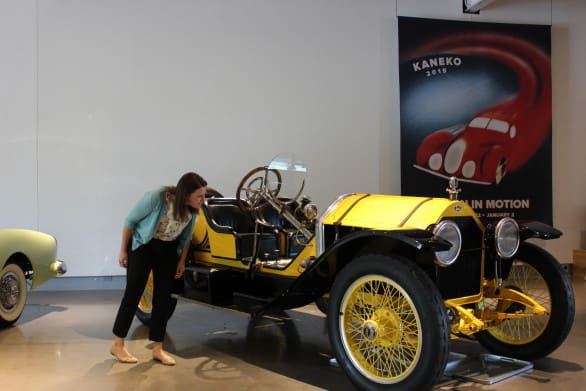 Hollins described some as moving sculptures. And seeing these things in a gallery setting makes it easier for kids and adults to think about these objects abstractly.

“We teach and preach here at KANEKO that creativity is inherent in all human endeavors and all age ranges.”

After our conversation, it seemed to me that that the best things about this exhibit will be:

The Pixar of Exhibits

Parents are going to like it the way they like Pixar, according to Hollins. The exhibit creates a sense of wonder and discovery that’s accessible to children; for parents, it’s not only enjoyable to see that, it’s an engrossing exhibit for them. 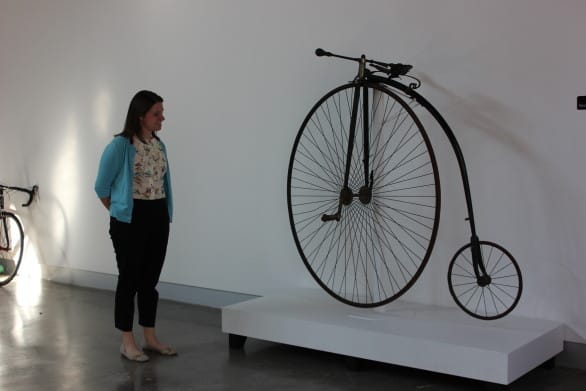 Plus, it sounds like anyone interested in the design process will love this exhibit as it explores the entire creative process of designing modes of transportation.

Oh this is great to know about. Thank you! My kids loved the Kaneko space this summer. My husband loves his sculptures.

Hope you get to go - maybe I'll read about your visit on your blog soon. :)