Kim’s note: I’m starting a new series called “Writing in Omaha,” so I can introduce different voices from around Omaha. Each week, I’ll introduce a different blogger, what his or her blog is all about, and since I love getting recommendations as much as I love giving them, I’ve asked each person to share some Omaha tips. The first blogger I’m featuring is Heidi Woodard, who first made me laugh as one of the bloggers on Momaha, and now makes me think with her posts on GiveTheGameBack.com. Whether you’re kids are the star of the team or just starting out, she’s got some sound advice on keeping the game fun as kids progress through their favorite sport(s).
Enjoy!

Find her at: @givethegameback on Twitter
Describe your blog in five words.
Xanax for youth sports parents.
What are the two most popular posts on your blog?
1. Shifting (youth sports) careers as an 11-year old
2. The best life isn’t necessarily measured in wins and losses
Prior to GiveTheGameBack, my all-time most popular post appeared on MaternalMedia:

Who I’d argue is the most memorable McDermott

What makes them so good?
Readers feel as if they are reading their own thoughts. I am just lucky enough to be able to articulate them.
What social media channel are you on the most and why?
Facebook because I’m old. Twitter because I like to feel young.
You get one hour to spend on writing, where in Omaha do you go?
I’m a big fan of Kaneko although I’ve only been there once. (Side note: I developed my initial idea and business plan for GiveTheGameBack at the Lied Lodge in Nebraska City.)
If friends visit from out of town, what three places would you take them to?
A College World Series Game at TD Ameritrade Park, Creighton University’s campus, and Fontenelle Forest. 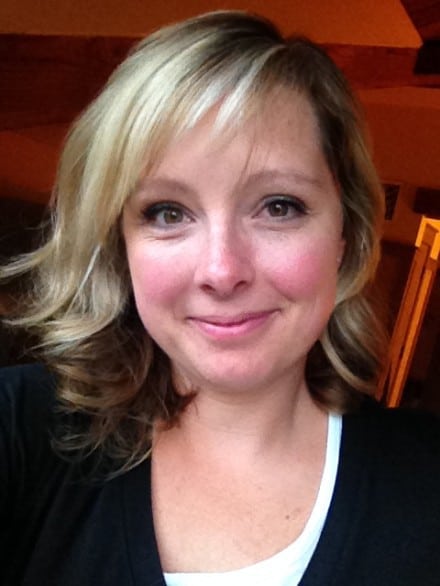 Heidi Woodard, the voice behind GiveTheGameBack

I launched MaternalMedia back in February 2012 — around the same time I left a company I had worked at for 14 years to accept a job at a new employer. I had been professionally blogging for momaha.com, the Omaha World-Herald’s parenting site for several years, and had been a regular guest on the Pat&JT Show on Q98.5 FM.

That meant, in 2012, I was freelance writing for a couple clients in addition to my 9-to-5 community outreach job, had a weekly blogging gig and radio segment, was building my personal (and uncompensated) MaternalMedia brand, and had two of my three kids in six total sports. I had a friend ask me how on earth I was able to do it all and challenged me to write down on paper each of my responsibilities.

When I stepped back and saw everything spelled out in a bulleted list in terms of what I was attempting to “balance,” it made complete sense as to why I was feeling pulled in too many different directions.

It was shortly thereafter I decided to voluntarily say goodbye to my paid blogging gig (ouch!) and further pursue what fueled me the most – making community connections, building an audience on both the radio and MaternalMedia, and diving headfirst into new challenges by rallying with parents much like myself.

I developed the GiveTheGameBack idea in the fall of 2014 and launched the movement to reclaim the game for developing athletes everywhere the following January. Through many hours on the sidelines watching pint-sized children compete, I saw the need to encourage parents and promoters of youth sports to get out of the way and let the kids play. This passion all began with a single moment between me and one of my sons.
Click here to cancel reply.