Last week was Omaha Fashion Week. Yeah, we have a fashion week.

Held twice a year to showcase seasonal styles to come designed by regional designers, the March event focused on fall and winter fashion.

To set the scene, there’s red carpet, obviously. You’re in an old warehouse revamped to have chandeliers and a catwalk. 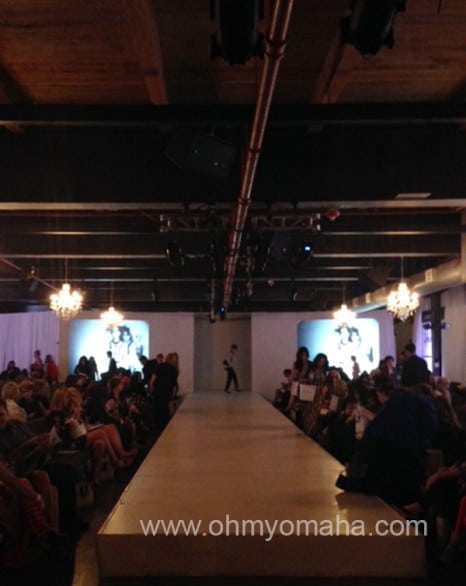 The scene at Omaha Fashion Week on March 12 at Omar Arts & Events.

There’s a bar serving wonderful frou frou drinks. There’s house music that you find yourself kinda head bobbing to. It’s a friendly crowd – maybe because it seemed a lot of the people there were family and friends of the models and designers.

The night I attended, it was a designer showcase. I chose my particular night to see a children’s line (Jessica Lynn). I ended up really digging the Andrea Hurtt vintage-style line, though.

It was my first OFW event, so here are a few things I learned there:

I was there, so there you go. I catch on to trends about15 months after they stopped being cool.

Because of that, I was nervous about going to a fashion show. Wouldn’t they out me as a mom who usually wears jeans and sneakers?

Instead, there were more people like me there than ultra-fashionable. I spotted some jeans there. I spotted business casual. I spotted some really cute outfits. I’d like to think I fit in, even if I had dropped some avocado on my skirt minutes before arriving.

I don’t know why it surprised me, but there were clothes racks to browse and chic accessories from Pretty in Patina. 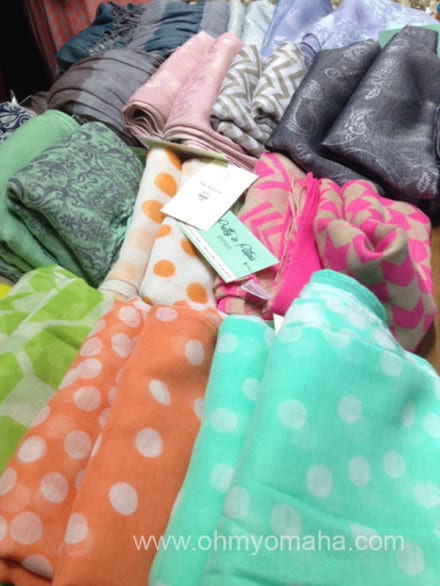 You can impulse buy your own pretty during Omaha Fashion Week.

I saw more pairs of mothers and daughters than I could keep track of. Mostly the girls looked to be middle school age or older, so I wouldn’t say it’s something to bring your threenager to (good lord, I can’t imagine Mooch at one of these).

If your child shows a remote interest in fashion – be it design, modeling or a shoe obsession – you might want to bring him or her to the next OFW.

I was all set to mock the ridiculous styles that surely the artsy designers would dream up. Instead, I found myself picking out the dresses I’d wear. Nothing was too outlandish, nothing that was more art than functional. 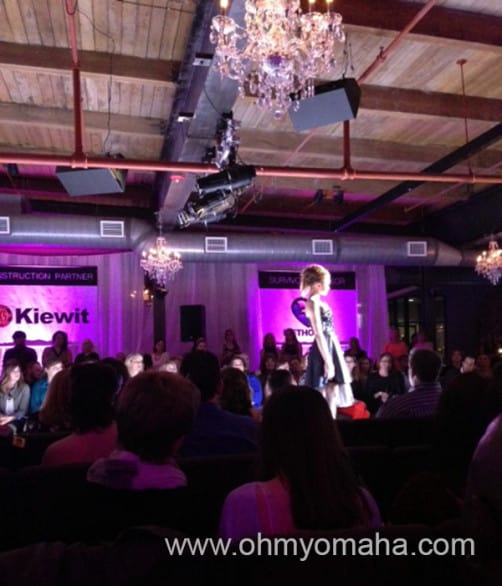 There’s a lot of talent in the Midwest, and by the looks of some designers, the talent is young. This scene is only going to grow.

The emcee for the night told us that it takes six months to plan OWF, and more than 1,000 people to make it a success – from the designers and stylists to the volunteers that night. It’s the fifth largest fashion week in the U.S. – bigger than Minneapolis, Denver, Kansas City and St. Louis.

Disclaimer: I was provided a complimentary ticket to attend Omaha Fashion Week.