The Omaha Symphony has another show coming up in its Family Series. How many of you got to go to “Symphonic Space Odyssey”? 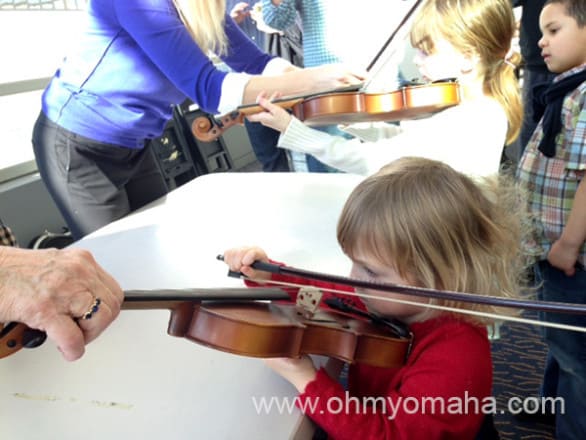 Mooch tests out a violin at the Omaha Symphony instrument petting zoo before the start of the “Symphonic Space Odyssey.”

If you’re not familiar with the series, read my review of one of the previous shows here.

The next show in series is “Thomas’s Adventures in Music” on Sunday, Feb. 22, at 2 p.m. at the Holland Center. This one is special, since Thomas Wilkins will be conducting. I hear he’s a lot of fun!

The show will feature a narrator, Dave Wingert, and Omaha Symphony’s  tuba player, Craig Fuller. The music is going to be a lot of familiar classical pieces, including “Smetana’s Dance of the Comediennes” from “The Bartered Bride” and the “William Tell Overture.” Some slightly more familiar pieces are John Williams’s “Superman March” and “Tubby the Tuba.”

As always, there will be lobby activities that you want to show up early for! 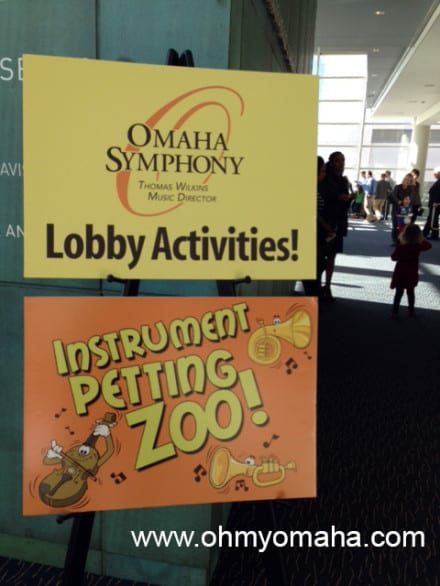 Tickets are $12 each, general admission. Get tickets 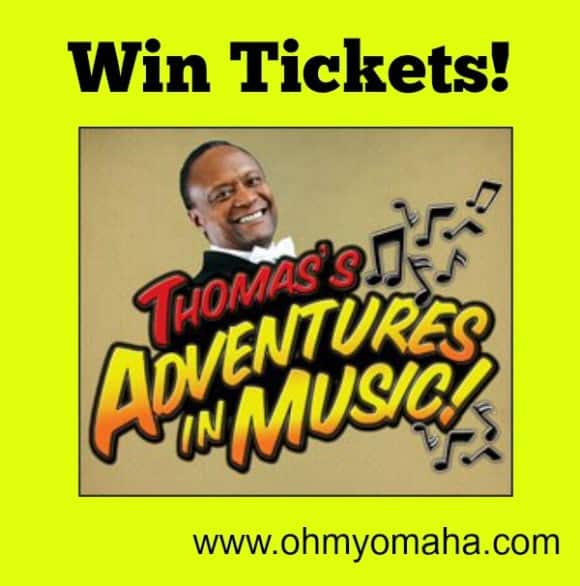 Omaha Symphony has teamed up with me to give away a family four-pack of tickets! It’s easy to enter using the Rafflecopter entry form below. Giveaway ends Sunday, Feb. 15, at 11:59 p.m. One name will be randomly drawn and contacted within 48 hours via email.

Disclaimer: Omaha Symphony provided tickets for this giveaway. I was not compensated for this post, I’m just a big fan of the OS Family Series!

I have a daughter that plays the flute, my son plays the trumpet, I played the clarinet, and my husband played the trombone. I can't wait for our 2 younger daughters to start playing an instrument.

We just got a piano a couple of months ago and my kiddos love to play around on it. Also, we love the guitar :)

My son is obsessed with his trumpet!

Mica told me that he wants to play the violin.