This past Saturday night, The Rose invited me and my family to attend a performance of “Zen Ties.” It was the opening weekend of the world premiere of the show. How cool is it that Omaha is the first to see it, right? 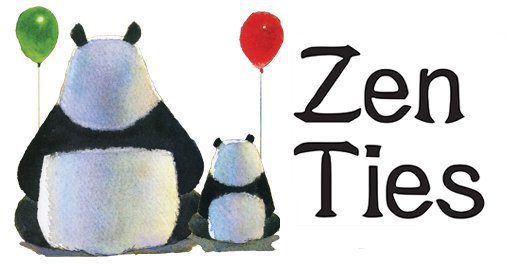 I love hour-long 5 p.m. performances. So perfect for my kids’ attention span, and at a good time of day (not during nap time, and not butting up to bedtime). Thumbs up, Rose!

The kids always get excited when they see the twinkling lights of The Rose. They know we’re seeing a show. Saturday was no different.

Walking in to the theater was a little more magical this time around. There were balloons in the lobby. BALLOONS!?! My kids are a little crazy about balloons. Again, thumbs up, Rose! 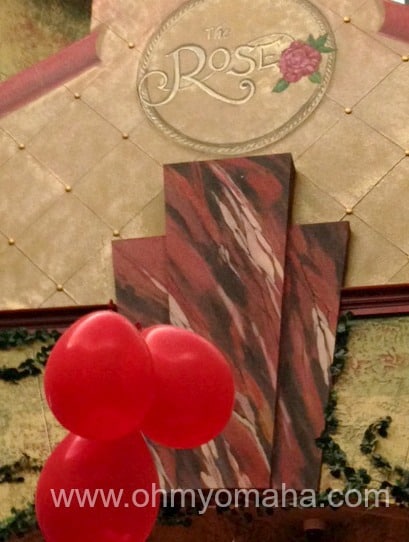 See, Mooch really wanted a panda bear at the merch table. Really. So, Mr. Wonderful talked our oldest into buying her a panda and giving it to her at the end of the show.

Well, Mooch scowled at her big brother at first. Maybe she thought he got a bear and she didn’t.

Anyway. She accepted the kind gesture. She loves her new BFF, Sparky.

From the moment you walk into The Rose until the house lights come on at the end of the production, it’s all very zen (save for that merch table out and Mooch’s obsession with it). Whimsical balloons were hanging from the ceiling in the lobby; the set was minimal and reminiscent of the book it is based on; and then there’s Stillwater (Kabin Thomas), the gentle giant panda whose movements are purposeful, slow, thoughtful. He does tai chi, for crying out loud. What kids show has tai chi in it? 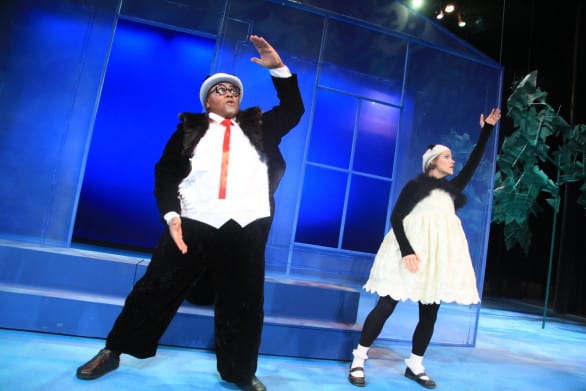 Uncle Stillwater and Koo practice tai chi when they try to come up with a solution to a problem. Photo courtesy MJB Photography

The result is a subdued, comforting, pleasant show. If you like fast-talking shows on Nickelodeon or Disney these days, this is probably not your style.

Scratch that. Koo was a chatty panda, so you could get your fix of rabid-fire banter with her. Sarah Carlson-Brown was delightful in the role of the precocious bear. 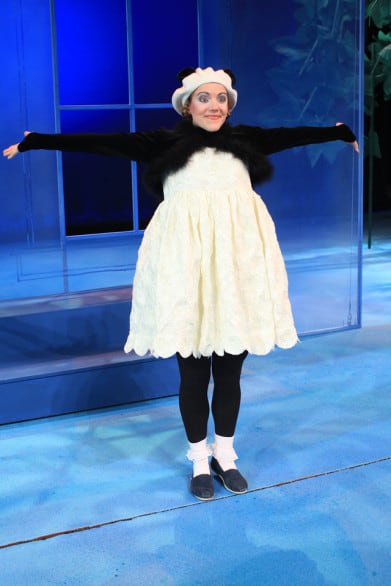 Sarah Carlson-Brown plays Koo in the world premiere of “Zen Ties” at The Rose in Omaha. Photo courtesy MJB Photography

There are a lot of big concepts presented that you don’t usually see in kids shows – things like empathy, self-control, kindness. So, as a parent, you sit back and think, “All right! My kids are going to walk away a better person who knows how to solve problems using tai chi!” And your kids are like, “Pandas!”

Go before the start of the show. There is no intermission. Truth be told, though, you won’t miss any plot twists if there’s an emergency.

Yes. Would I recommend bringing a pre-k or younger kid? Welllllll.

This show’s recommended for 5+, and I notice the younger kids in the audience got antsy, including my 3-year-old. There is a lot of talking and not a whole lot of action. And as you probably know, “threenagers” aren’t the most patient age group on the planet. Mooch was ready for a stroll through the aisles before the show was over.

That said, she rushed the stage with other children at the start of the Q&A – she seemed interested. 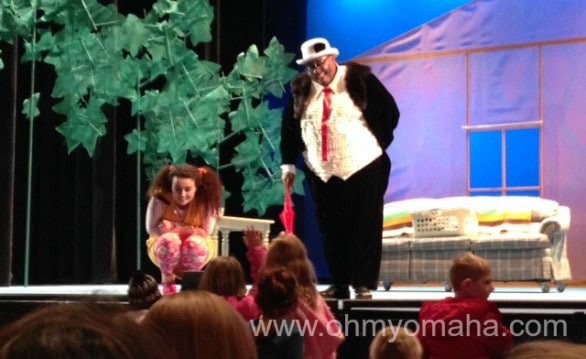 Cast members come out after each show at The Rose to answer audience questions. There is also always an autograph signing on the theater’s upper level after shows, as well.

And my daughter’s new panda, Sparky, has not left her side for long and she has been telling people that her panda eats bamboo. So she did get something out of the show.

Yeah, it was a pleasant show that even reminds us that there is more to others than meets the eye. And now I know I should quit labeling one of our neighbors as “the crotchety one.” 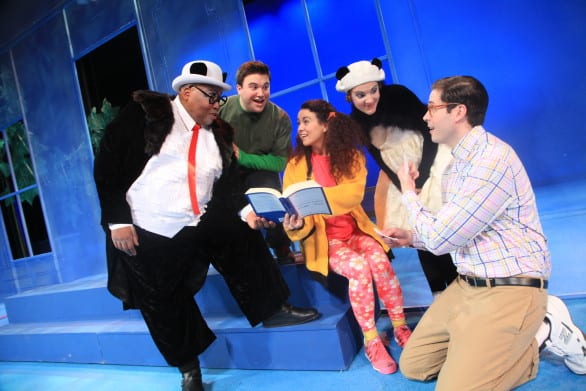 Uncle Stillwater teaches his niece, Koo, and children in the neighborhood how to listen. Photo courtesy MBJ Photography

“Zen Ties” tells the story of two friendly pandas. Koo the Panda comes to visit her Uncle Stillwater, and Stillwater soon learns that Koo has quite the gift of gab. He offers her a special challenge: LISTEN. To help her stop and be more thoughtful about her words, he encourages her to speak using only 17 syllables at a time … basically, encouraging her to speak in Haiku (and the pun on Koo’s name can’t really be missed there, can it? Hi, Koo!). In the quiet, Koo and Stillwater discover people are not always what they seem. With Stillwater’s positive influence, children in the neighborhood learn there may be more to mean old Mrs. Whittaker’s story than they thought.

When: Through March 8; performances Fridays at 7 p.m., Saturdays at 2 and 5 p.m., and Sundays at 2 p.m. The 2 p.m. performance on Saturday, Feb. 28 will be interpreted for the hearing-impaired. The 5 p.m. show on Feb. 28 has been designated a sensory-friendly performance for children with sensory processing disorders, autism spectrum disorder and other special needs. Performances are 60 minutes.

Tickets: Tickets are $18 per person. Discount ticket vouchers are available at all area Hy-Vee stores for $14 each. Members of The Rose receive four free tickets to the production. Purchase tickets online or at (402) 345-4849.

Congrats to Tara A.! She won the giveaway for four-pack of tickets to “Zen Ties.”

Subscribe to Oh My! Omaha and get giveaways and other fun stuff delivered to your inbox once a week (no spam, I promise!).

Disclaimer: I was not compensated to write this post. The Rose gave me four tickets to attend the performance in order to write the review.

Uncle Stillwater was in an Artist Inc. class with my husband. It was nice to know someone in the show. I thought this was pretty good! Our family enjoyed it.

It is fun to see people you know on stage. One of my sisters-in-law works at a theater in town, so it's cool to see what she's worked on during different productions.