This Christmas, I had a couple people ask me for gift ideas for their parents. I’d heard great things about Omaha Culinary Tours and I was certain their parents hadn’t been on one yet, so I suggest one of those.

My parents got to take their tour this month, and Mr. Wonderful and I joined them.

If you haven’t taken a tour of your hometown, it’s an interesting experience. Here’s what I learned from our A Bite of Omaha tour: 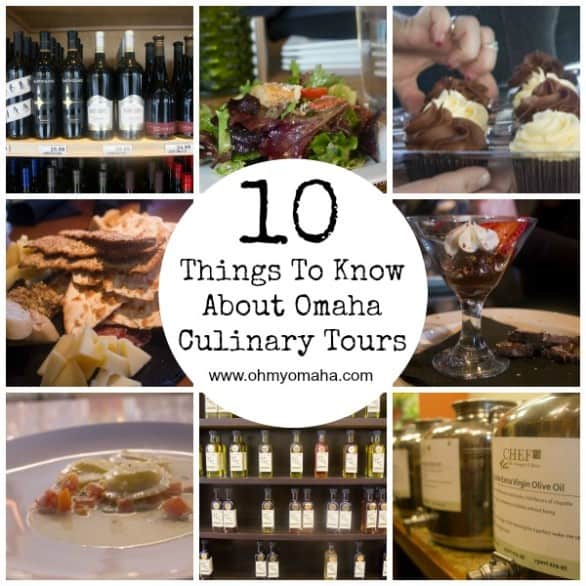 This one is hard for a control freak. But, it is a culinary adventure so just deal with it. Our meeting place was Chef2 Oils, Vinegars and More at Midtown Crossing. I’d heard of the place but have never been inside. If you have a foodie on a gift list, you’ll find a great present here. 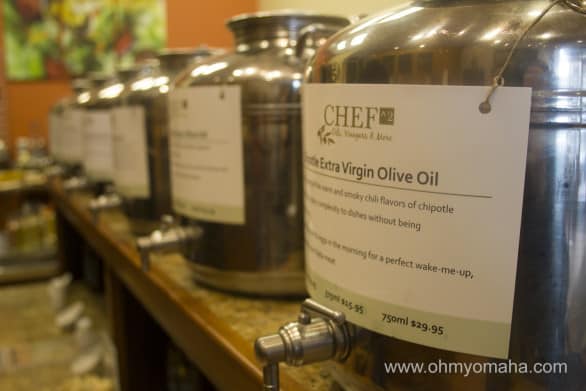 Chef2 was the starting point of our Omaha Culinary Tour. We sampled some olive oils while waiting for the tour to begin.

I knew this fact, actually, but lately, I’ve been a little lazy with exploring the city, and I’ve stuck close to Midtown and downtown. This tour took us to the far reaches of West Maple Road. If you go on a tour, it may be different than ours, but for the sake of this post, I need to share where we went: The West O restaurants were Salt 88, Zurlo’s Bistro Italiano and 7M Grill. 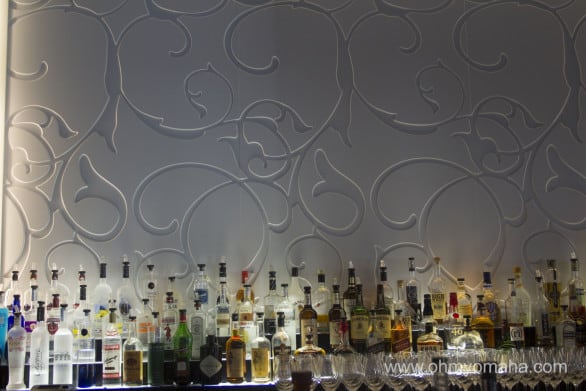 I’d been looking forward to visiting Salt 88 for a long time and I was not disappointed. We were served the ravioli artesa with buffalo mozzarella and I wanted to lick the plate. 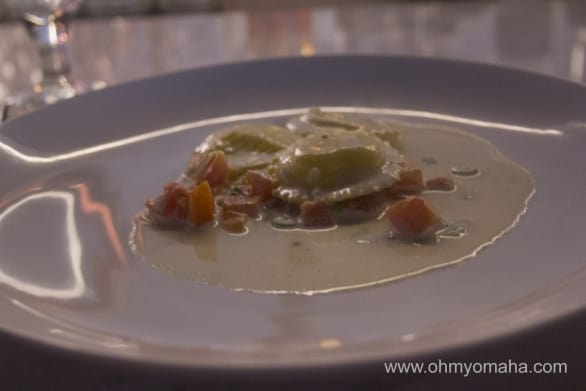 The ravioli artesa at Salt 88, my favorite plate of the whole tour.

My dad, however, seemed more pleased with what Zurlo’s served up – a fresh and light Tuscan salad with a couple calzone varieties.

Bold statement, but as a person who actively seeks out new places to eat, I had only been to one of the stops: Brix Midtown Crossing. One out of six. There’s a good chance you’ll be introduced to something new. 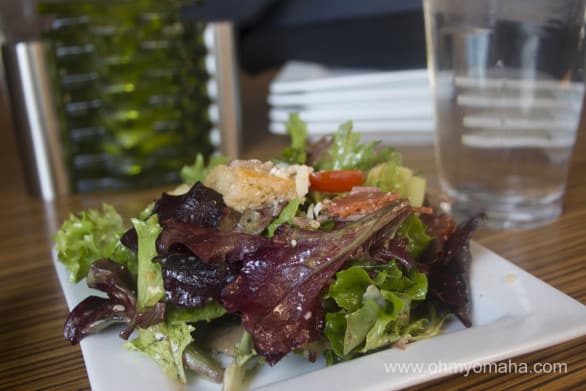 The Tuscan salad at Zurlo’s Bistro – a new-to-me restaurant.

You don’t get a choice of what to eat. You can make a note at your reservation that you’re a vegetarian or have a food allergy, but you still don’t get to order off a menu. Again, sorry control freaks.

While this was a culinary tour, we weren’t anything to make you squeamish. Most things your average Joe would probably eat with retching, but may not order it off a menu. Among the tamer foods would be the hummus at Chef2 – they showed us how to make it – and the charcuterie plate at Brix. Both good, but nothing new to me. 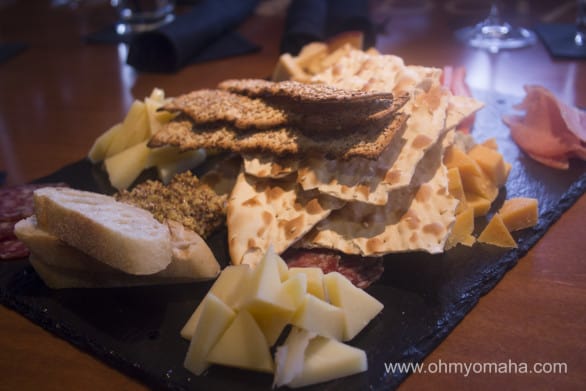 Meat and cheese at Brix. You know you’re going to like it, but it’s nothing new.

I’m not trying to dis our tour guide, he was darling. He had a script with interesting facts of our city and some trivia. But, there were long lapses of silence on our drive from 30th and Farnam to 129th and Maple (and on our way back). I checked Facebook. I browsed Instagram. I’ve been on tours in other cities where the tour guide would not shut up, they had so much to say about the city they clearly loved. I retained no details from those tours, but I was never bored.

We had two desserts on our tour. First was the Sin-viche at 7M Grill. With five types of chocolate in it, I probably would’ve ordered it because I always order chocolate, but no one else in my party of four is that way. It was ridiculously good, by the way.

We also had cupcakes on the bus by Gina Sterns Pastries. Three decades of baking experience goes into these perfectly sized cupcakes. 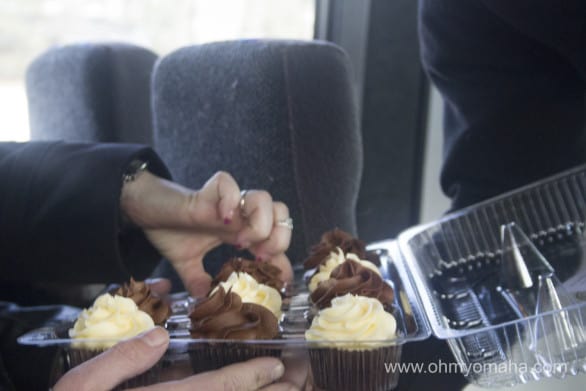 Cupcakes were handed out while we rode from West Omaha to Brix at Midtown Crossing.

We sang “Happy Birthday” to a gentleman seated in front of me on the bus. Turns out, his daughter bought the tour tickets for the couple and noted at the reservation it was a birthday present. He got a little treat from Cordial Cherry, so any embarrassment suffered was soothed by chocolate.

I’m planning on a return to Salt 88 to enjoy that patio when the weather warms up.

I also want to return to 7M Grill because our tour guided hyped up the chef’s bold use of comfort food in unexpected ways. I didn’t really see that in the dessert we had, but after checking out the menu, I knew I’d like a real meal there. 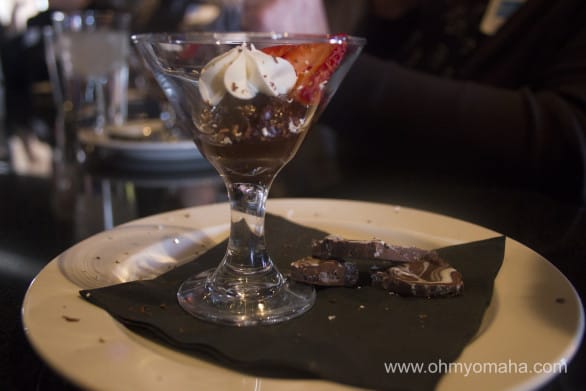 Omaha Culinary Tours offers four shuttle tours and three walking tours. I’d love to go on another, because there are a lot of local gems out there I have yet to try.

This one was special, so it was totally worth it.

Your turn: I love trying new restaurants so tell me your favorites in Omaha! If you have a recommended dish, please share it in the comments, too. Thanks!

Great review! We are always looking for new places to try. Sounds like this tour would be a great date.

Thanks! That's the good thing about a tour like this, you're forced to go to places that you might not have considered.

Total Yum! Makes me realize that I haven't really had enough eating adventures here in Omaha.

Hope you get to check out one or two new places before you move!

What a great resource! Thanks for compiling this!

Thanks, Gretchen! It's taking tours like that make me proud to live somewhere with creative chefs.

This looks wonderful! I've never heard of a Culinary Tour. We've been going to Ethiopian and Indian places lately. I really like El Basha Mediterranean Grill.

I'd love to see some of the city's ethnic restaurants on the tour! I'd be up for something adventurous like that. It's been a while since I've been to an Ethiopian restaurant - I think the kids would like going there.

I definitely need to head more west to check out restaurants there. I tend to get stuck within the downtown/midtown areas. I'm sure it doesn't hurt that I don't love driving 30 minutes for a meal ;)

I hear you. I feel like a little better if I can plan a whole evening out there.