I was not paid to write this post on behalf of the Omaha Symphony – I just really love their Family Series. Omaha Symphony provided the tickets for the giveaway.

I’m a fan – I’ve written about it a few times including the annual “Symphony Spooktacular” and “Carnival of Animals,” featuring, what else?, lots of live animals. They’re always engaging, even for my preschoolers (it was a little tougher when Mooch was under 3).

The next show in the Omaha Symphony’s Family Series is “Symphonic Space Odyssey” on Jan. 18 at the Holland Performing Arts Center. 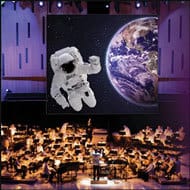 For this unique production, they brought in Nebraska’s very own hero, NASA astronaut Clayton Anderson. The show will explore new galaxies in a visual and musical journey – that’s right, visual. This performance has larger-than-life visuals from NASA. 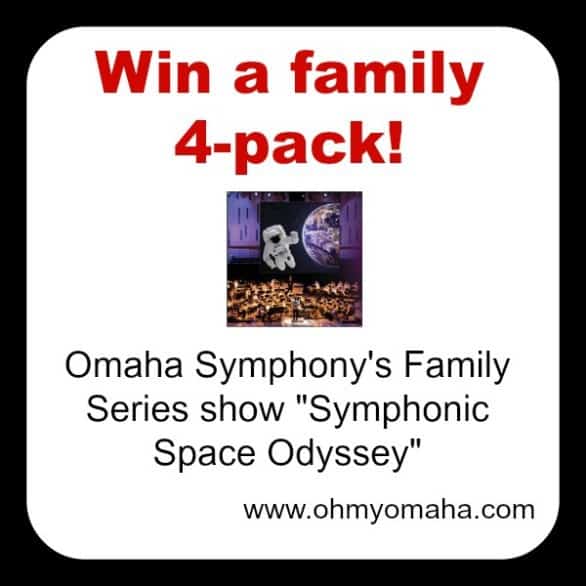 The Omaha Symphony has teamed up with me to give one lucky winner a family four-pack of tickets! It’s super easy to enter using the Rafflecopter entry form below. Giveaway ends Sunday, Jan. 11, at 11:59 p.m. Good luck!

I can't think of a different song off the too of my head, but I like all your suggestions!

Have to say - I can't think of any songs about space at the moment - but this show looks so great!