Being Omaha Family Dining Week, it’s timely to tell you all about the special exhibit that just opened at Omaha Children’s Museum: “Once Upon a Farm.”

Guess who grows all that good food? 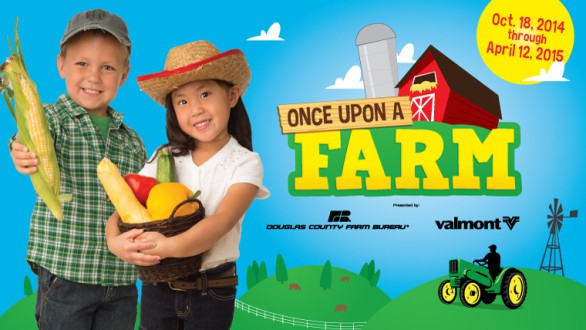 This interactive exhibit tells kids how the food on the table got there, and the important role agriculture plays in their everyday lives.

Some of the cool features:

Slide behind the seat of a combine to harvest your crops

Plant and irrigate your crops in the miniature planting station

Create your own beef dishes in the Cow Cafe

Crawl through a two-story worm wall

Hop aboard the Ag Express Train (must purchase tickets)

Broadcast your own forecast at the weather station 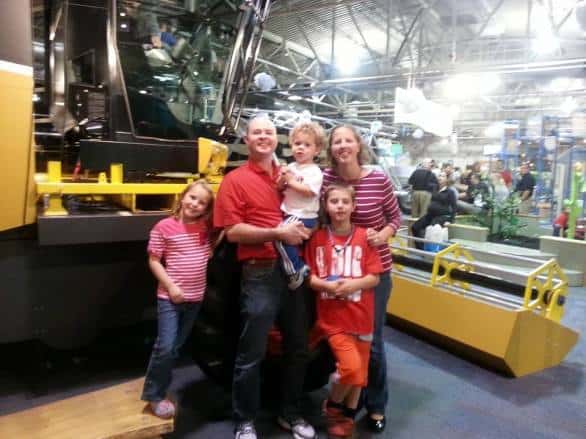 My friends and their adorable kids checked out the exhibit on preview night last Friday. All smiles.

Omaha Children’s Museum’s “Once Upon a Farm”

Admission: 2 to 59, $9; 60+, $8; FREE children 2 and younger and museum members. “Once Upon a Farm” exhibit admission  is FREE for members and children 24 months and under; $2 in addition to regular museum admission for non-members.

I’m looking forward to bringing my kids to the new exhibit, how about you? Want some FREE passes to get into the museum? Omaha Children’s Museum has provided TWO (2)  family four-pack of passes (value up to $36 four each four-pack)! There are two ways to enter.

Update: Congrats to Kayla M. for winning the four passes!

One e-newsletter subscriber will win simply for being a subscriber! If you aren’t a subscriber, it’s FREE and easy to subscribe and you stay up to date on all the new openings, giveaways and inside scoop on good stuff to do in Omaha. Click to subscribe now and be entered to win. A random winner will be drawn via random.org Nov. 2, 2014.

Update: Congrats to Katie H. for winning the four passes!

Disclosure: Omaha Children’s Museum provided museum admission passes for this giveaway. All thoughts and opinions are mine.

More from Oh My! Omaha

We LOVE the Omaha Children's Museum and my son loves tractors. This would be FUN!

I would love to bring my nephew! He loves tractors!!!