There’s always a buzz of excitement for my family when we go to the first show of a new season at The Rose. On our way to see “The Very Hungry Caterpillar & Other Eric Carle Favorites” this weekend, that buzz was there.

I’ve been anticipating the show probably more than my kids since I had an inkling of how visually cool it would be. They were just excited because the colorful caterpillar would be involved somehow. 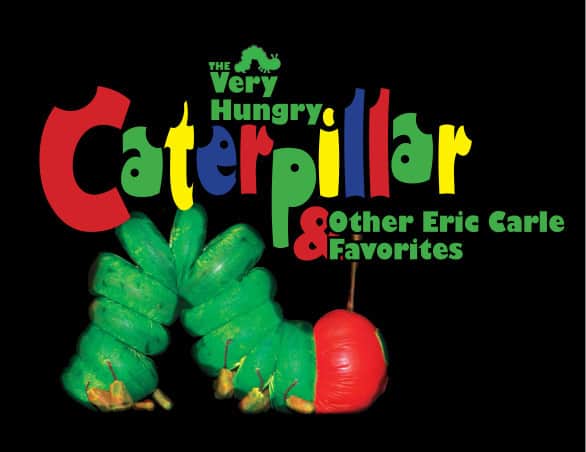 The 60-minute performance is a black-light puppet show of three of Eric Carle’s stories. The look is distinctly Carle, as if his characters have jumped off the pages. There is a narrator, two invisible-to-us puppeteers, and playful music accompanying each story.

It’s general admission seating, by the way. so if you want to get up close, get to the theater early. We sat in the balcony and the view was just fine. 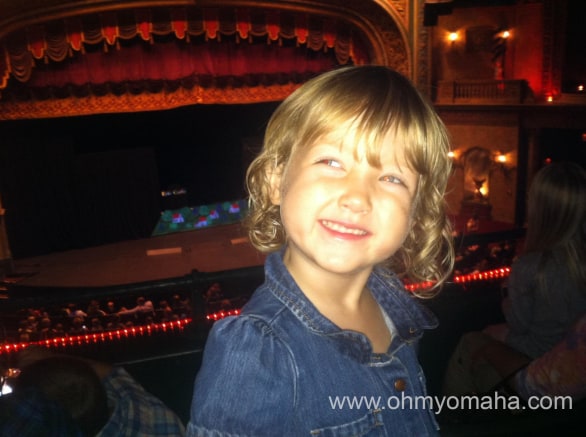 Something about a balcony thrills a kid.

“The Very Hungry Caterpillar” is the last of the three stories, so yeah, you’ll probably have to explain 50 times why the caterpillar isn’t on stage yet. I haven’t actually read the other two stories featured, so they were unfamiliar to us, but still very much Carle.

It’s pretty dang cool to watch, with slow pace that suits a bed time story time (ie., don’t bring your sleepy spouse or father-in-law, for example, along). They make it rain, they create caterpillar bites in fruit and somehow, they make a cloud seem joyful.

Stick around after the show, first for the Q&A that begins immediately following the show, then head upstairs to meet the cast and stage manager and get their autographs. 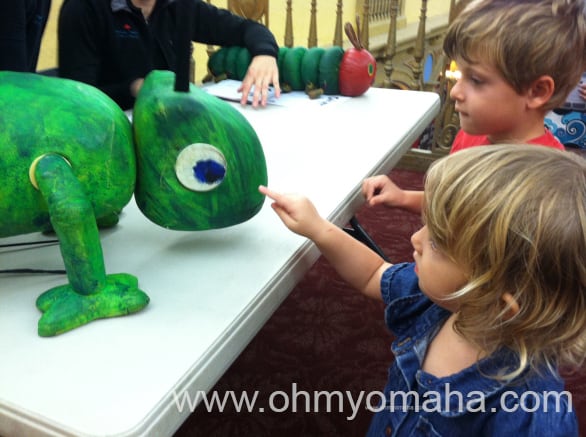 Like all shows at The Rose, there is a chance to get autographs after the show…. or in this show’s case, meet some puppets, too.

Ah, who am I kidding? You go to that autograph session to see and touch the puppets. They’re really impressive up close. I wanted to see the puppets more than my kids. 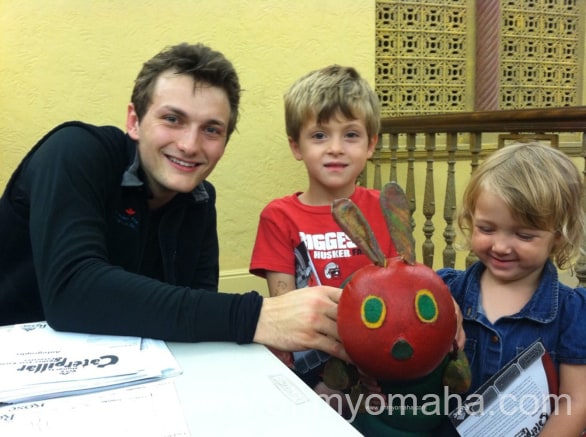 Go before the start of the show, as there is no intermission. Of course, kids never plan ahead. Each story is about 15 to 20 minutes long and you can leave and come back without missing much. You know Carle’s stories. There will be no plot twists to miss.

Truly, this one’s an all-ages show. It’s recommended for 3-year-olds and older, and that’s a good reference. My almost-3-year-old sat through it with rapt attention. My older son and the kids around us who looked about 5 or 6 were really into it, shouting out the different animals in the “Mixed-Up Chameleon” and the cloud shapes in the “Little Cloud.” It’s pretty amusing since from the start, they tell us parents it’s a “no shushing” show. You can’t stop the kids’ excitement.

Yes, more than you think. There is an artistry to puppetry. The stories are pretty simple, which you might find refreshing compared to the loud and sassy shows that seem to pervade youth pop culture and TV shows these days. If all else, you might find it quite relaxing. That narrator, Gordon Pinsent, has the most soothing voice, I wonder if he has relaxation tapes for adults.

Featuring evocative music, innovative puppetry, and stunning black light visual effects, “The Very Hungry Caterpillar: comes to life on The Rose stage courtesy of the renowned Mermaid Theatre of Nova Scotia. Mermaid Theatre is an award-winning production company that you should take the opportunity to watch live.

“The Very Hungry Caterpillar” follows the adventures of a very tiny and very hungry caterpillar who eats his way through an amazing variety of foods towards his eventual metamorphosis into a beautiful butterfly. 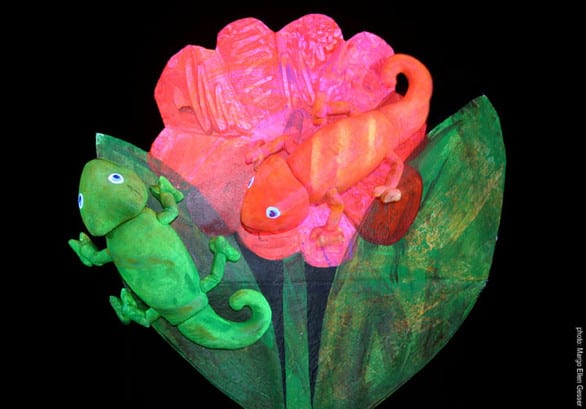 Thank you to The Rose for giving my family four tickets to the performance!

How fun!!! Isaak is going to love it. The little sculptures are cute!

I hope he likes it! It's really hard not to.