There is an incredible assortment of performing arts offerings in the next year. I’d love to share them all, but the post would be ridiculously long.

So, I asked those in the know (AKA, those who presenting these shows at Omaha theaters), and asked them to share their not-to-miss shows of the 2014-2015 season. Today, the focus is theater. 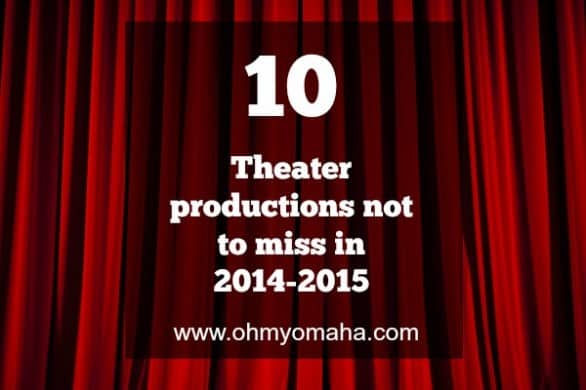 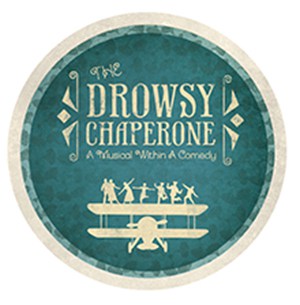 Winner of five Tony Awards, “The Drowsy Chaperone” is a delightful look into the world of a musical theatre super fan. The show’s narrator invites us into his home to share with us his favorite musical comedy from the 1920s. As he turns on his record player, the musical bursts to life and his home transforms into the show’s set. The Drowsy Chaperone, the clever musical-within-a-musical, is the perfect evening of theatre for those who love to be entertained!

Interesting tidbit: This is the first show directed by the theater’s new artistic director Hilary Adams. 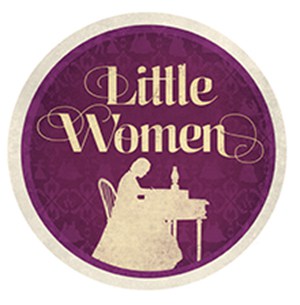 The Omaha Community Playhouse in partnership with its professional wing, the Nebraska Theatre Caravan, brings the literary classic “Little Women” to life. Jo, Meg, Beth and Amy, guided by their beloved Marmee, are more different than any sisters could be. With their father off to war, the women find strength in themselves and each other to endure heartache and loss and celebrate joys and accomplishments. Experience this timeless, beloved, literary classic as an exhilarating musical with stunning production elements and a powerful score. Share laughter and tears with your entire family in this can’t-miss production.

Interesting tidbit: The Nebraska Theatre Caravan is OCP’s professional touring company. A mix of local performers and out-of-state performers will be acting together in this production. 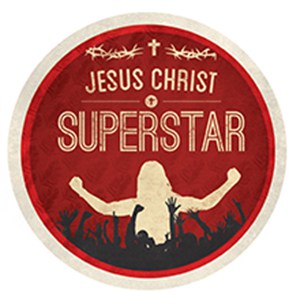 “The Cat in the Hat”

At long last, Dr. Seuss’ beloved rhyming classic bounds from your imagination onto The Rose stage. A rainy day becomes a zany day when a boy and his sister receive a chaos-creating caller: The Cat in the Hat! Explore the Cat’s wacky, wild, wonderful world in this energetic adaptation of an iconic tale that has introduced the rewards of reading to generations of children. Best for ages 3 and up. 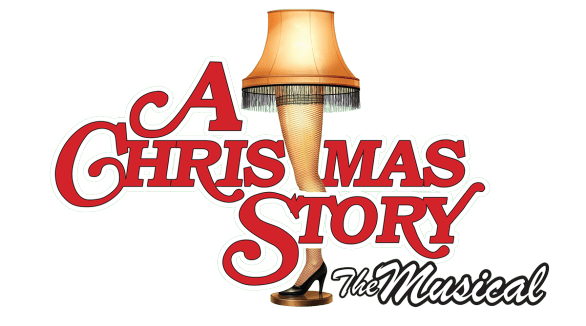 “A Christmas Story: The Musical”

Join Ralphie Parker on his quest for the Holy Grail of Christmas gifts – a Red Ryder air rifle. This musical adaptation of the beloved movie brings all the classic laughs of Flick getting his tongue stock to a flagpole, Dad receiving his special award, a disastrous visit to Santa, and many more to life onstage. Produced by special arrangement with DRAMATIC PUBLISHING, Woodstock, Illinois. Best for ages 5 and up.

Interesting tidbit: According to Radloff, “This will be the first time this show has been staged in Omaha and we are excited to bring it to The Rose stage. We are in the preliminary planning stages, but I think audiences can plan on lots of kitschy fun, both on stage and in the lobby.”

Wilbur the pig doesn’t appear to have a very bright future when Fern begs her father not to dispose of the runt of the litter. But surrounded by supportive barnyard friends on her Uncle Zuckerman’s farm – and befriended by a very gifted spider – Wilbur becomes Some Terrific, Radiant Pig! Revisit the timeless magic of a story that’s touched the hearts of generations of families with its universal themes of friendship and sacrifice. Best for ages 5 and up.

Featuring the irresistible story and unforgettable songs from one of the most popular Disney films of all time, plus brand-new breathtaking dance numbers and spectacular stagecraft, “Mary Poppins” is everything you could ever want in a hit musical for the whole family! Written by “Downton Abbey” creator Julian Fellowes, this promises to be an unforgettable time at The Rose. Get swept up in the fun of this high-flying tale. We think you will agree, it is supercalifragilisticexpialidocious! Best for ages 5 and up. 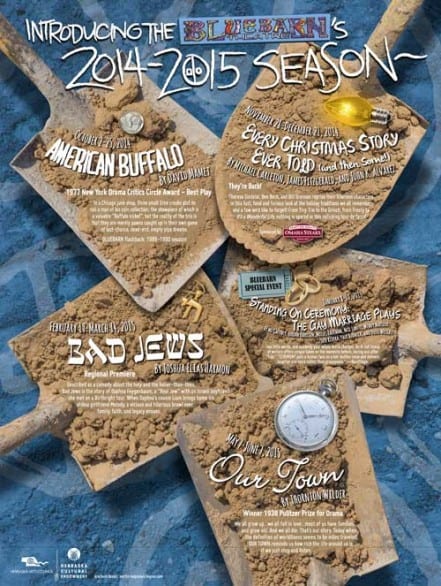 In a Chicago junk shop three small time crooks plot to rob a man of his coin collection, the showpiece of which is a valuable “Buffalo nickel,” but the reality of the trio is that they are merely pawns caught up in their own game of last-chance, dead-end, empty pipe dreams. Note: There’s a lot of adult language in this classic, not so much for shock value but because it’s integral to the characters. Leave the kids at home to go see this.

Interesting tidbit: Bluebarn staged this David Mamet 26 years ago during their opening season.

We all grow up…we all fall in love…most of us have families and grow old. And we all die. That’s our story. Today when the definition of worldliness seems to be miles traveled, “Our Town” reminds us how rich the life around us is if we just stop and listen. The 1938 three-act play won the Pulitzer Prize for Drama.

Interesting tidbit: This is the final production in Bluebarn’s original theater. It’s fitting since they’re moving to a new neighborhood a couple blocks south. 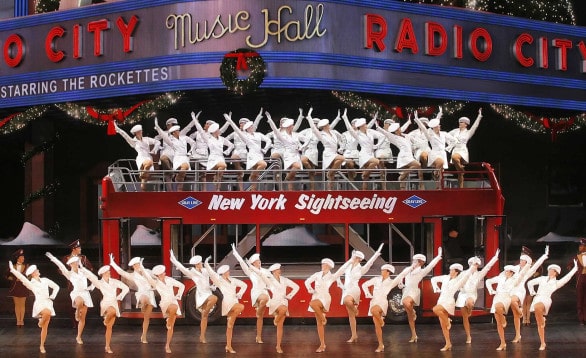 Audiences will experience the magic of Christmas like never before. In this multi-faceted production, the Rockettes dance their way through an awe-inspiring journey that features a 50-foot LED screen and transports audiences to Times Square and Santa’s Workshop. In addition to fan-favorite scenes – including the high-energy tap number “The Twelve Days of Christmas”  – the Rockettes will debut new numbers, such as “New York at Christmas,” featuring a life-size double-decker bus. The show boasts over 300 glamorous costumes including the Rockettes’ finale costume, “Let Christmas Shine,” which is adorned with 3,000 crystals each, as well as familiar favorites such as “Parade of the Wooden Soldiers.”

Interesting tidbit: One of the Rockettes, Rachel Borgman, is from Norfolk, Neb.

Your turn: What production are YOU looking forward to? What’s not listed here that you think is not to be missed? Comment below!

How To Raise A Theater-Goer

I LOVED this preview. My only problem - picking just which productions to go see. I think the Christmas Story might top my list as I love that movie. BUT, if Mary Poppins is really going to fly, that might just soar above the others. I also think that I need to check out the Blue Barn sometime - possibly should do that this season while they are in their current "authentic" location!

It is going to be hard to pick, if you HAVE to pick. :) I love the Blue Barn's location right now, but it is so small. I'm looking forward to their new place because they'll be able to have seating outdoors when the weather is nice.

Thank you for sharing these! When my husband and I get a date night (rare, but it does happen on occasion) we love to see a show. I think A Christmas Story looks like it will be fun!

I'm glad you like the list! You can't go wrong with A Christmas Story. I'm guessing the audience will be quoting the show alongside the cast.

I can't wait to see A Christmas Story on stage! I'm a huge fan, and own not one but TWO leg lamps! I just love the connection to family in that show.

Me too! I have to watch that movie every year so I'm thrilled to see the stage version!

I am so impressed with The Rose line up this season! I cannot wait to take Liv!

Me too, Jen. There isn't a single show in their season that I'd shrug off. I'd have a hard time picking the one I'm most looking forward to, actually.

Man, it's been forever since I have seen Jesus Christ Superstar, but I love the music and emotion of it. I need to take in more of the arts here in Omaha! Nice Post :)