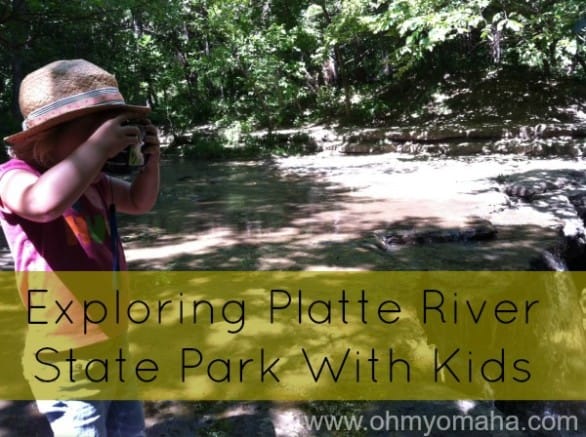 Platte River State Park is a quick 20-mile drive (give or take) from Omaha. It’s not usually the first park to come to mind when we decide to get some fresh air, but after this past weekend, it’s moved up in the pack. I’d visited the park one time before this, but it was the off-season and we didn’t explore nearly as much. You can read about it in the post Exploring Platte River State Park In The Off-Season.

We didn’t stay in a cabin, so I can’t offer much overnight details (other than tent camping isn’t allowed… but there ARE teepees). 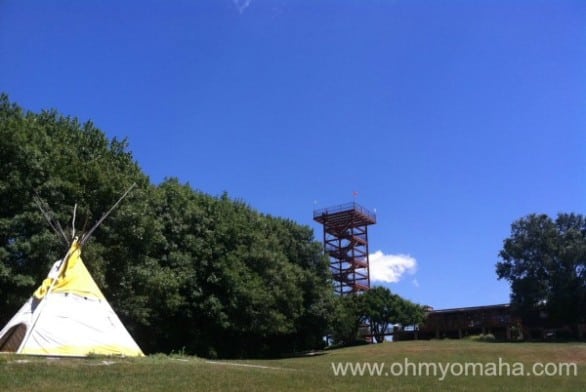 A view of the Walter Scott Jr. Lodge and nearby tower.

Most of my outings involve two young children, so here are a few reasons families will like this park:

Scenery – The hiking trails are pretty extensive in the 418-acre park, with the bonus appeal of offering a waterfall (a small one, but still nice destination for a young family). There some trails that are steep, but most are easy. There are also mountain bike trails but we’re not quite there yet with the kids as far as ability level is concerned. Or ourselves. 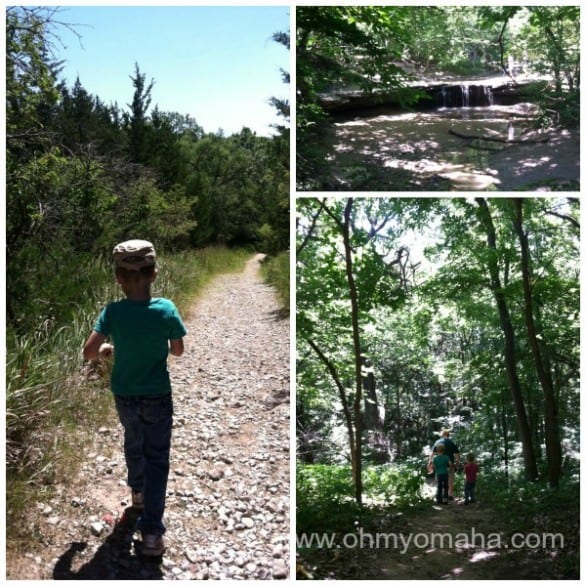 Pool – There is a small pool that opens at 1 p.m. in the summer. Other than a diving board, it doesn’t have much to rival the bigger state park nearby. What it probably does offer is a less crowded place to cool off.

Horseback rides – These rides are guided and open to anyone 5 and older. There are fees, naturally.

Paddleboats – Paddleboat rentals are $8 for a half-hour, plenty of time to explore the small lake at the park. They have sparkly ones, which may not be a selling point to you, but for every kid on the dock that morning we were there, it was a huge one. 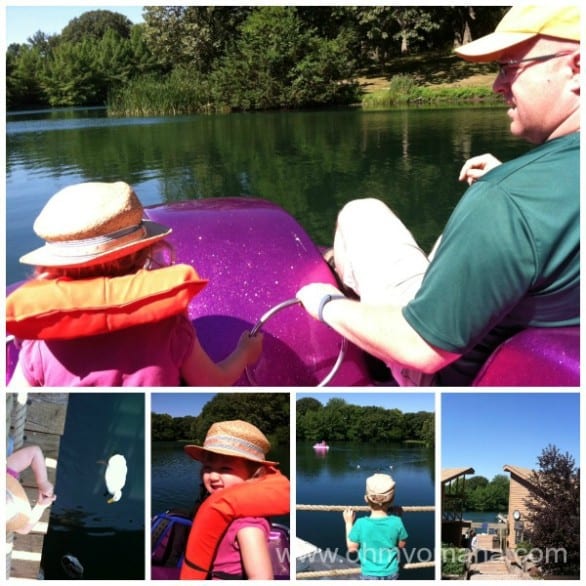 Ducks – Working downtown, I’m no stranger to watching people feed ducks. It’s just something people love to do. There are a handful of ducks and geese at the park and, for a quarter, you can get a small handful of food to feed them. Kids love that stuff. 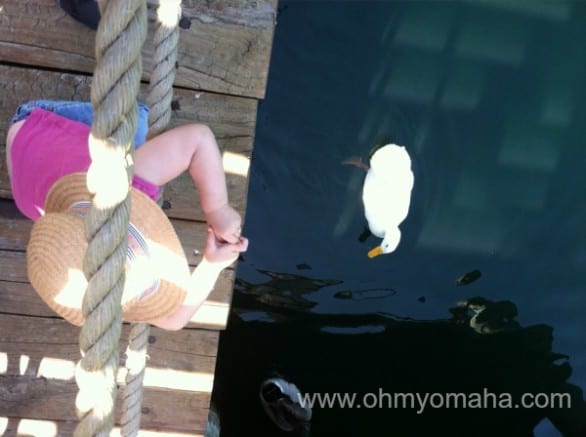 Equipment rentals – You can rent sporting equipment (like tennis rackets or fishing gear for catch-and-release fishing) for FREE. This is the case at most state parks, just so you know.

Lookout towers – Platte River State Park has two lookout towers, a smaller wooden one and a tall metal one. My kids have never met a tower they didn’t have to climb. 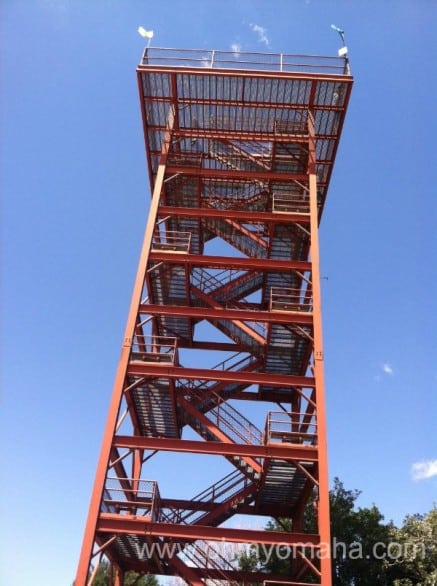 This tall tower provides a great view of the Platte River.

Craft center – I haven’t been inside their craft center, but if you’re staying for a few days at the park, it’s a nice diversion.

Outdoor Heritage Education Complex – For pretty low fees, you can try out archery or slingshots, or break out the firearms and test out the firearm and shotgun range.

They also have a good education program there. During our visit, there was a park employee with different animal pelts on display sitting at a table near the marina.

What’s to eat there?

It’s a state park, so there are ample spots for a picnic, which I’d recommend. If you’re staying a cabin, it’s nice to see they have firepits (not something you see at Mahoney).

The Owen Landing marina has a snack bar with the expected usual concessions, including ice cream.

The Walter Scott Jr. Lodge Restaurant is less casual than the snack bar, though we still ate there after sweating through a long hike. The building is dated, but it has an inviting appeal to it, kinda like visiting your grandma’s favorite restaurant. The service was incredibly friendly. We went on a Sunday, when they only have a buffet to offer. For the price (kids 3 and younger are FREE), it was a good choice for us. If you’re vegetarian or have other dietary restrictions, it may be limiting. 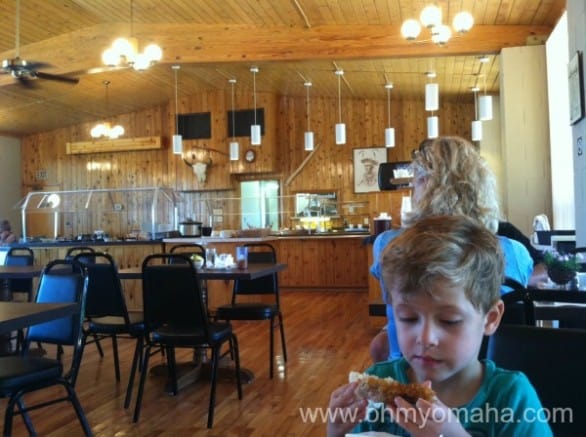 Brunch at the lodge at Platte River State Park. Fried chicken was king with the kids.

What’s near the park?

It’s not far from Schramm Park and Mahoney State Park, if you want added hiking trails and all the attractions found at Mahoney (see my post on some of our favorites, including the activity center).

It’s also located near Ashland, Neb., where you can visit the Nebraska Wildlife Safari and Strategic Air & Space Museum.

If you’re a fan of wineries, it’s not too far from Soaring Wings Vineyard in Springfield, Neb., and Cellar 426 Winery in Ashland, Neb.

The park shows movies in its amphitheater every Saturday night in the summer. They have a lot of benches to sit on, so I’m not totally sure if you have to worry about bringing your own seating. Here are the remaining movies in the 2014 series: