The Orpheum Theater’s splendor never gets old for me. I go there often for my job, and each time I walk in, I feel inspired. Awed. How cool is it that I work here (OK, I really work at the Holland Center, but some nights, it’s my job to be at the Orpheum).

Seeing the building through a child’s eyes, though, is an even more impressive experience.

On Thursday, Mr. Wonderful and I took the kids to see “Sid the Science Kid Live!” presented by Omaha Performing Arts at the Orpheum.  It was Mooch’s first time at the theater. I think she liked it. 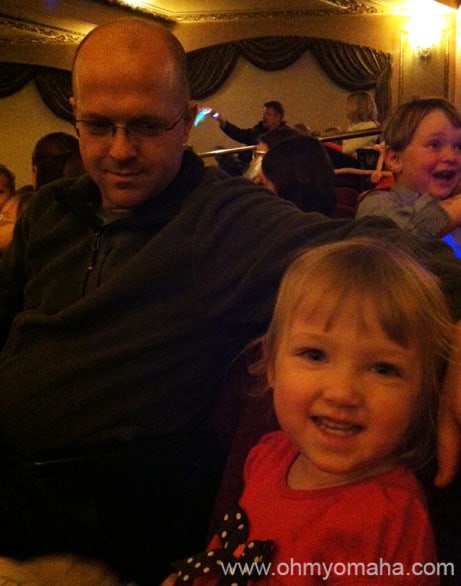 We arrived about a half-hour before the show so we could take part in the activities in the KIDS ZONE. Alas, 900 other people thought the same thing.

So, we colored a little and then waited in line for balloon animals. 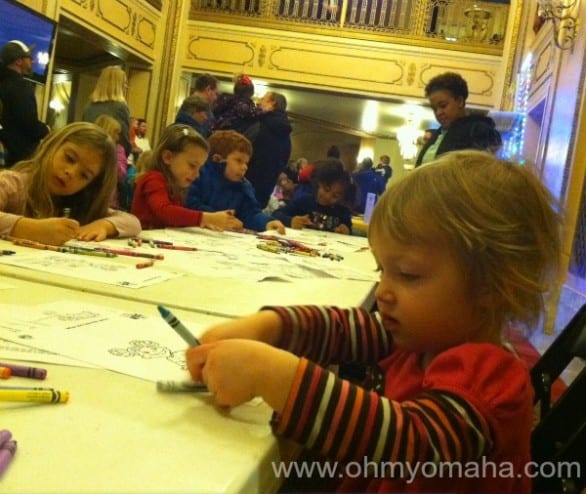 Then it was show time.

Farley was transfixed the entire time. The songs, the colors, the characters, even the way they talked, everything about “Sid” spoke to him. Mooch sat for most of it, but she’s still young enough to be interested in the treats we ate than the story. Mr. Wonderful zoned out while the kid seated behind him repeatedly waved his light up toy in his face.

At intermission, we explored the theater. Up and down the grand stairs we went, Mooch having to do it herself, carrying her half-deflated balloon dog with her. 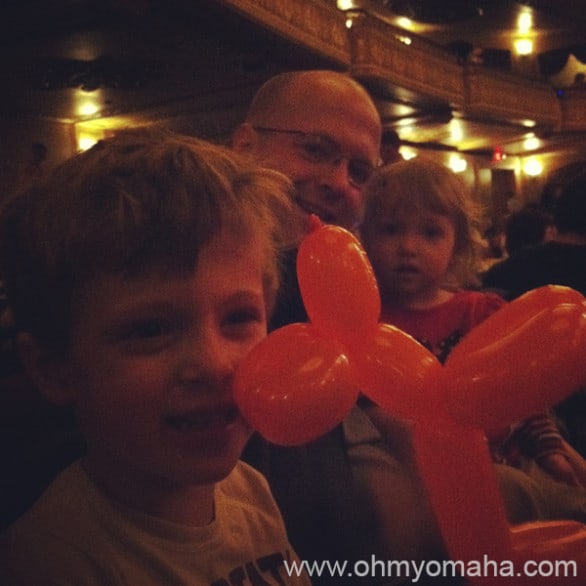 Mr. Wonderful, the kids and the lone surviving balloon animal.

The second half of the show rolled along quickly, but not quick enough for little Mooch. Mr. Wonderful left early with her to get the car while Farley and I watched and danced to the end of the show.

“Sid the Science Kid Live!” entertained the preschool to grade school crowd; not really the adults. That’s pretty much what I expected. As parents, it was enough to see our kids’ excited reactions to it all – and I’ll admit, it was a relief to make it through without any meltdowns.

What a good experience for the kids! When our 10 yr old was just 3 we took him to see Clifford LIVE and it was awesome. I wish it would come back around so we can take our youngest (who is 3 right now)!

Clifford never goes out of style! I'm sure that tour will come around again.