If you’re a hiker, you likely have a favorite nearby spot to see the changing leaves. If you’re not, I’ve got you covered.

Maybe you don’t want to take a hike; maybe you’ve been on Pinterest too much lately and you’ve found a bunch of leaf projects to do with your kid. Maybe you just want to take pictures of your cute kid. 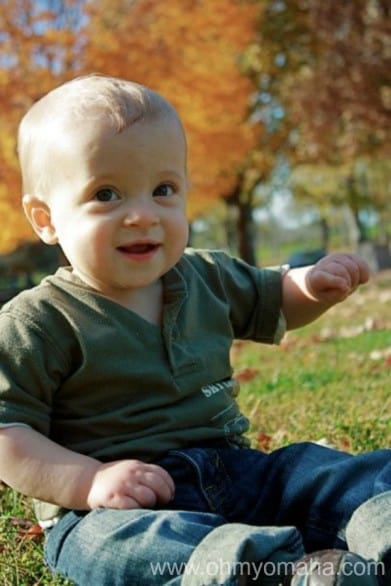 Whatever your reason, here are a few suggestions for all thing leafy in the Omaha area:

For a less rugged hike, you can’t beat the boardwalk at Fontenelle (though you can hit trails there, too). I’m pretty sure, though, that leaf collecting is discouraged there, so look but no touchy. There’s a lot to see and do at Fontenelle in addition to immersing yourself in nature. There’s a fun play area that kids adore, and there’s the temporary exhibit Green Evolution you’ll want to see before it leaves. 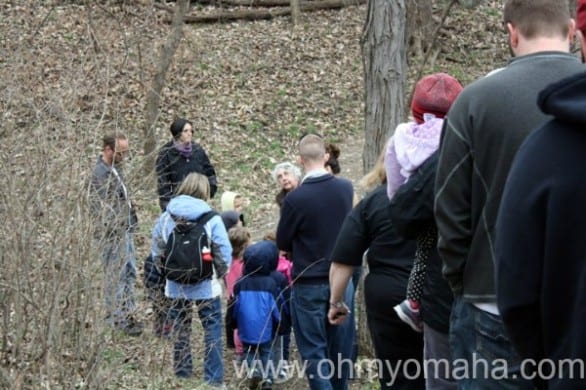 Wrong season, but you get the idea that Fontenelle Forest has a lot of leaves, right? Side note, if you get a guided hike there, Kate is an entertaining guide (that’s her head poking out up front giving us a “Enough lollygagging” glare).

Cost: $8 per person; children 2 and younger are admitted free.

It’s no secret my family loves afternoons at Hitchcock. This time of year is great to go since you’re not sweating profusely as soon as you get out of the car. Stop by the visitors center to check out a kids backpack full of fun “tools” to the hike and then grab a map and hit the trails (some are more strenuous than others so pick the right path for your family’s ability… unless you like hauling a 28-pound toddler up a steep incline).

Cost: Park admission per car is $2; annual permit is $10; backpacks are free to check out.

Was summer camp ’87 the last time you ventured to Hummel Park in northeast Omaha? It’s time to come back. Time your visit right and you might catch a fun activity on a Saturday afternoon.

Oh my gosh! The Hummel Summer Camp '87! I was there. Love the list.

My husband did summer camp there too! Beautiful place any time of year, don't you think?