If you’re of a certain age, your earliest memories of classical music probably are tied to Bugs Bunny and Elmer Fudd. How about your kids? Have they been exposed to classical music, or even better, have they watched it played LIVE? Mine neither, so don’t feel bad.

It’s easy to change that. Omaha Symphony has programming designed especially for young concert-goers (plus plenty of other options outside of the Family Series that will appeal to kids). 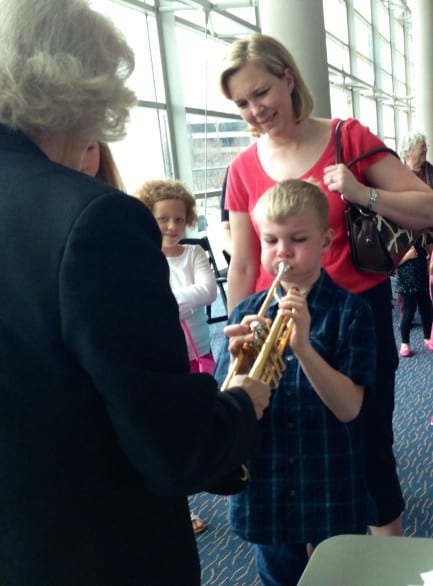 “It’s such a wonderful experience to bring young listeners to,” said T. Adam Goos, vice president of education and community partnerships. “You can’t describe it, how the music can affect you and impact you… The live experience (of music) is something unique and powerful and splendid. Everybody should give it a shot at least once.”

Goos walked me through the season and shared the family-friendly highlights:

The most kid-friendly of all is the Omaha Symphony Family Series, which Goos said is designed for a range of ages, from really young kids on up to early teens. Show up early to these as there are pre-show activities! 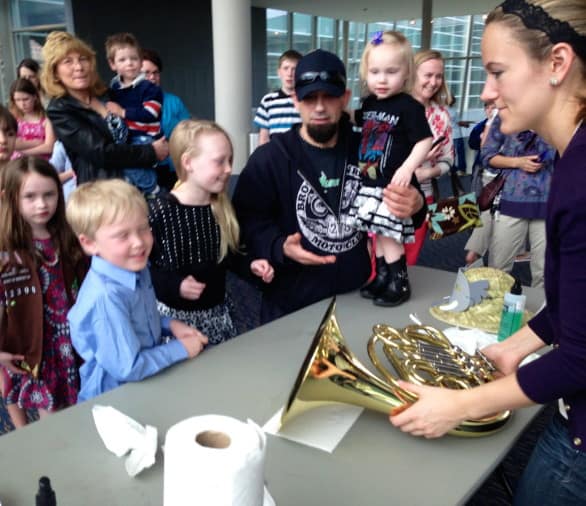 Each one will have an instrument petting zoo where kids can explore violins, brass, percussion, that sort of thing. “It’s a really great way for kids to get their hands on the instruments they’re about to see.” Other activities will depend on the concert.

Best of all? These shows are super affordable for families.

This series is appealing to families because of the familiarity of the music, I think. In the Movie Series, the orchestra plays the accompanying music score to the movie as it’s screened in the Holland Performing Arts Center. In the 2017-2018, the remaining movies are “Back to the Future” (Feb. 24, 2018) and “Jurassic Park” (April 28, 2018).

Goos said children can go to just about any show in the series, it just depends on the child (and the family). He’s brought children to MasterWorks and while they might not stay for the entire concert, they got a lot from the experience.

I looked through the season and here are some shows I think would be fun for a variety of age groups: 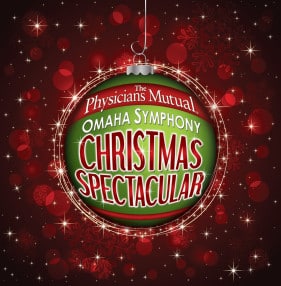 Hey! You found the fifth anniversary giveaway for Omaha Symphony tickets. Congrats! Omaha Symphony is giving one reader FOUR tickets to see the April 15 show “Symphony In Space.” It’s the final Family Series show of the season, featuring music from “Star Wars,” “The Planets” and more. Winner receives tickets to the 2 p.m. performance – please note: Tickets are all general admission, so arrive early to snag seats and enjoy the pre-show lobby activities for children (activities start at 1:15).

To enter, click the Rafflecopter entry form and get started. Giveaway ends March 26, 2018 at 11:59 p.m. CST. One winner will be randomly drawn, and will receive an email from me within 48 hours. Winner has 48 hours to reply before another name is drawn. Must be 18 or older to enter. Tickets have no cash value and may not be exchanged for another performance.  Good luck!

Don’t miss the other Omaha Symphony giveaway going on in the Facebook Group, Things To Do In Omaha & Beyond! I’m giving away TWO tickets to Omaha Symphony’s “Jurassic Park” on April 28, 2018. Giveaway starts Monday, March 12. I’ll draw a winner on March 19.

I'm in the group and Star Wars music would be amazing!

My son would love the Star Wars theme song

Would love to introduce my son to the arts and geeky side this way!

This would be nice to win amd experience.!